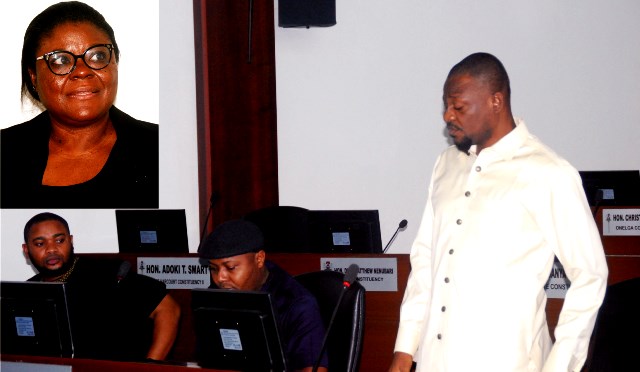 A coalition of ex-Niger
Delta agitators has said that President Muhammadu Buhari does not deserve a second term, accusing him of tribalism and lack of political will to end killings in some parts of the country.
The ex-militants in a statement made available to newsmen in Port Harcourt accused the president of shielding members of his government allegedly found culpable in corrupt offences.
The statement was signed by General John Duku, for the ‘Niger Delta Watchdogs’/Convener, ‘Coalition of Niger Delta Agitators’, General Ekpo Ekpo on behalf of ‘Niger Delta Volunteers,’ General Simple Benjamin for the ‘Bakassi Strike Force’ and eleven other militant groups.
The groups also slammed dreaded militants: “The Reformed Niger Delta Avengers” (RNDA) for adopting President Buhari for re-election in 2019, saying such decision is self-serving and did not represent the opinion of the Niger Delta people.
The Tide recalled that the RNDA had recently endorsed President Muhamadu Buhari for re-election in 2019, claiming that he has performed better for the Niger Delta than any of his predecessors.
But the coalition of ex-agitators said, “While we acknowledge the right of the RNDA to adopt, support and vote for any candidate of their choice, we want to state categorically clear that the RNDA did so in their own selfish and pecuniary interest.
“It is not in the overall interest of the Niger Delta people or militants as they did not consult or seek opinion of the people that matters in Niger Delta struggle before their hasty adoption of a person who has divided the country along the ethnic lines than he met it.”
They said the incumbent federal administration has reneged on many of its promises, including the lack of infrastructure in the country.
The statement reads, “We want to ask the RNDA and the federal Ggvernment the following questions: where is the much publicised coastal rail Line they promised that would link the Niger Delta states with Lagos? Where are the modular refineries they promised? Why is it so hard for President Buhari to implement the 16-point demand of the PANDEF that led to our cease-fire in 2016 till now?
“How many years would it take the federal government to complete the East-West road? Why are the Ministry of Niger Delta Affairs, NDDC and the Amnesty Office underfunded? While we acknowledge that Dr. Goodluck Jonathan did not do much for the Niger Delta people, we commend him for the massive projects he executed in the North: his fair distribution of appointments, respect to the rule of law and upholding the unity of the country when it matters most.
“The present administration under Buhari is a total failure without any infrastructure, the country’s debt profile under him has skyrocketed within three years and killings across the country has become a norm.
“With all sense of responsibility, President Buhari does not deserve a second term and should be shown a way out. The recent appointment of a retired officer from the North, Mr. Yusuf Magaji Bichi, in preference to Mr. Matthew Seiyefa, a Niger Deltan, is a case in point.
”The treatment of indicted members of his government found culpable in various corrupt and criminal offences as sacred cows has also proven the President as very tribalistic and self-centered.”
The ex-militants however called people of the Niger Delta to remain calm, focused and disregard the endorsement by the RNDA, saying “At the
Appropriate time we shall consult widely and adopt a candidate that shall ensure that the resources of the Niger Delta people are properly utilized and fairly distributed for the overall benefit of the region.
”A person that has the mental capacity, charisma and political will to bring Nigeria out of the present failure, “it concluded.