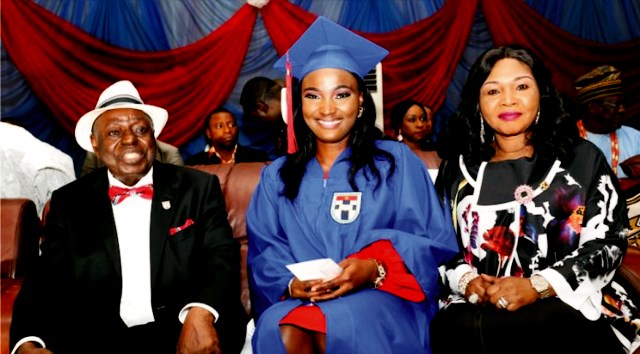 Ekiti State Police Command, yesterday, confirmed that two persons were killed in an armed robbery operation at an old generation bank in Igede-Ekiti, Ifelodun/Irepodun Local Government Area late Wednesday.
The operation which was reportedly carried out by a seven-man gang occurred at about 5:50 pm and claimed the lives of a guard and a staff of the bank.
The Police Public Relations Officer, PPRO, DSP Caleb Ikechukwu, said his men have launched a manhunt for the fleeing robbers, adding that the command had also deployed more of its men in banks to curtail such incidents in the future.
Ikechukwu, however, did not confirm if the robbers made away with any cash from the bank. The gunfight, according to him, the exchange of gunfire between the policemen and the bandits botched the operation, as the robbers had to flee the scene, knowing that the police were closing in on them.
He revealed that the guard, who was shot in the head, died within the premises of the bank, while the injured staff died at the hospital.
The PPRO added that the robbers, who had wanted to escape through Ilawe-Igede Road, later drove into the bush and escaped into the thick forest between the two towns.
He said the expansive forest has been cordoned off by the police and that his men are combing the bush in search of the robbers.
“The robbers would have done more havoc than they did, but for the prompt action taken by our men.
There was an exchange of gunshots between the bandits and our personnel. We tried our best to manage the situation. “It is true that two persons were killed during the bank operation The operation was regrettable and the death of the two persons painful.
“As we speak, our Criminal Investigation Bureau, CIB, and State Intelligence Investigation Department, SIID, have drafted their men for intelligence gathering while mobile policemen are on the road and other critical areas”.
Ikechukwu urged members of the public to go about their normal businesses, assuring that the police are on top of the situation.
The robbers were said to have attacked the bank in a Gestapo-like manner by blowing up the Automated Tellers Machine, ATM, with bullets, which caused panic within the vicinity of the bank.
An eyewitness revealed that they actually gained entry into the banking hall before they were resisted by the Police, saying no one could ascertain whether money was carted away or not.
He said: “The bank was close to the market and owing to its proximity; people were really affected by the gunshots. They had to scamper for safety “We know a bank staff and a guard were killed, but we can’t say much about their identities.”
Meanwhile, a robbery gang, whose members were suspected to be cultists, engaged a team of policemen in a gun battle in Owode area of Lagos last Wednesday night at the end of which one of them was gunned down.
It was gathered that others managed to escape with bullet wounds, abandoning their operational vehicle, a Toyota Camry saloon car without plate number.
There were different accounts of how the gang met its waterloo. A version of the account alleged that members of the gang had on same day, at Demuren Street, Alapere, stabbed one Sylvester Chikwendu, 32, suspected to be a rival cult member to death.
They were fleeing the scene when the police team intercepted them. Another version said the suspects allegedly dispossessed some residents of their valuables before they stormed Demuren Street, where they unleashed mayhem on their target.
Spokesman for Lagos State Police Command, Chike Oti, who confirmed the incident, said one pump action rifle, one locally-made revolver pistol, one locally-made single-barrelled pistol, five live 9mm calibre ammunition, three live cartridges, two expended cartridges, two cutlasses, charms and assorted clothing were recovered in the suspects’ operational vehicle at the end of the gun battle.

I’m Not In PDP Because APC Denied Me Ticket -Dogara