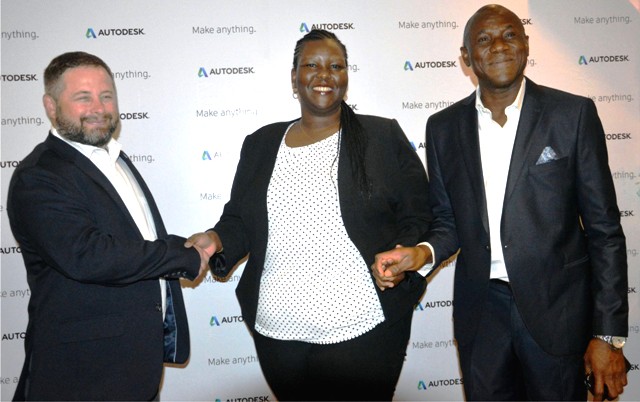 Some tax experts have called for stricter punishment for tax defaulters, to make funds available for the provision of critical infrastructure and growth of the economy.
The experts, in separate interviews with The Tide source in Lagos, Monday also called for a probe of the tax records of politicians.
The experts spoke against the background of the recent revelation by the Federal Inland Revenue (FIRS) that close to 7,000 billionaires had defaulted in payment of tax.
Consequently, the FIRS said it would go after the defaulting taxpayers who were raking in billions in Nigeria and not paying taxes.
“This category of Nigerians has deprived the country of huge sums of money needed to build roads, hospitals, schools and others.
“Most developed and developing economies rely on tax for infrastructural development. There is need for stricter punishment on tax evaders in the country.
“Tax evaders are sent to jail in other climes,” Prof. Sheriffdeen Tella, a Senior Economist at the Olabisi Onabanjo University, Ago, Iwoye, said.
The economist insisted that the FIRS should probe the tax records of politicians who were spending millions of naira to collect forms for their party primaries.
The Director, Legal Services, Lagos State Internal Revenue Service (LIRS), Mr Seyi Alade, also attributed incessant tax evasion in Nigeria to non prioritisation of taxation by the Federal Government.
Alade said the federal government did not prioritise the issue of tax which could be used to develop infrastructure.
Alade explained that the revelation that more than 6,772 billionaires evaded tax meant that there was less revenue available to the government to fund critical infrastructure.
According him, such huge tax evasion was partly responsible for the level of the country’s rising external debt, because government is borrowing more to take care of the infrastructure gap.
“Taxation is a tool for economic management and development and should support sustainable growth and infrastructural development at all times.
“Payment of taxes is a civic responsibility of all legible tax payers and evasion of taxes is tantamount to depriving the economy of its sustainable means of economic development.
“Tax evasion is the bane of the tax system and it is also a criminal offence and should be strongly decried.
“Of course it will lead to tangible economic loss more so as revenue from oil is no longer stable,” Alade said.
The Assistant Director, Chartered Institute of Taxation of Nigeria (CITN), Mrs Oso Afolake, advised the federal government to streamline the taxation system for more revenue generation.
Afolake blamed the rampant tax evasion in the country to weak taxation system, which she said was fixable by the government.
She called for more stringent application of the nation’s tax statute by tax authorities against tax defaulters and also against entities that have statutory duties to remit taxes.
According to her, for multinationals like MTN and many others operating in Nigeria to evade tax, means lots of economic loss on the country.
She said it would impact on the economy negatively; making the tax to GDP ratio to remain low.
“Tax evasion results to reduction in revenue obtainable from taxes and this will deprive government the required resources to perform its statutory duties.
“Our government usually doesn’t give priority to the issue of tax, may be because of the resources at their disposal.
“It behooves on the government to restructure the tax system such that every legible taxpayer will be compelled to pay tax as at when due,” Afolake said.
The president, International Centre for Tax Research and Development, Mrs Morenike Babington-Ashaye, urged government to lay emphasis on building Nigerians’ attitude towards voluntary compliance to tax law through processes and procedures.
Babington-Ashaye argued that using the banks to go after defaulting taxpayers was not a legitimate process.
“Actually, I don’t believe the FIRS should be going beyond the law. The process by the FIRS is turning to be a military system.
“The only way they can do that is if they go through the judiciary process by taking the defaulting taxpayers to court. Then, the court makes a judgement that they pay penalty and interest,” she said.
Babington-Ashaye, also a founding member of the Chartered Institute of Taxation of Nigeria (CITN), described the FIRS’s process of asking the banks to seize money as ‘going through the back door’.
This, the president said might lead to customers not saving their money in the banks, thereby reducing their resources for operation.
“It will also encourage some individuals and companies to be transacting businesses in another companies’ names. So, the process is not legitimate.
“In the first instance the banks are not direct agents and do not have any judiciary position between the FIRS and the taxpayers,” she said.
A Tax Leader, PwC West Africa, Mr Taiwo Oyedele, described the process as unconventional, and that executing such order should be in accordance with the law to avoid negative impact on businesses and ease of paying taxes.
Oyedele advised that tax payers to pay attention to their tax affairs and discharge their tax obligations as and when due.