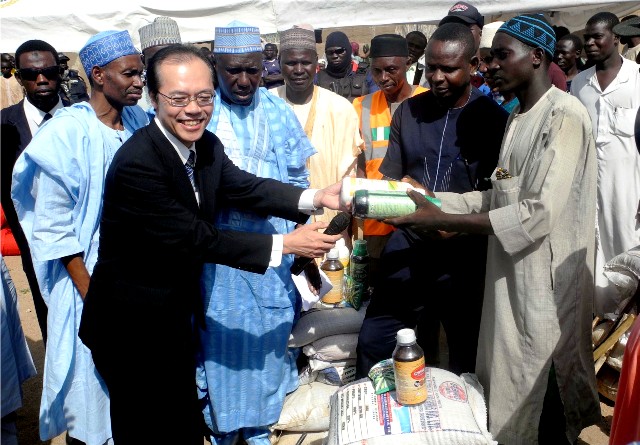 An Anthropologist, Dr Adam Higazi has said government policies on addressing conflicts between farmers and pastoralists must be based on reality not sentiments.
Higazi, a post-doctoral research fellow at the Department of Anthropology, University of Amsterdam, made the remarks yesterday in Kaduna at a seminar organised by the French Embassy in partnership with The Pastoral Resolve (PARE).
The Tide source reports that the seminar addressed Ethnography and Scientific Knowledge as it relates to pastoralism and it’s Policy Implications in the country.
It also seek to identify the root causes and solutions to the clashes between farmers and pastoralists through necessary understanding of the way each one works within the society.
Higazi, in his presentation which touched on bridging knowledge gap in the study of pastoralism in Nigeria, said it was important for government policies to be anchored on sound knowledge, not ignorance or sentiments.
The scholar, who conducted fieldwork within nomadic and semi-nomadic Fulani communities in different states of central and northern Nigeria in August and September 2018, said knowledge would help improve policy making and success rate in containing the crisis.
According to him, the field work was to deepen anthropological and historical knowledge of the relationship between the two economic groups.
“The main objective of the research is that policy should be based on evidence and knowledge, policy should not be made based on ignorance.
“We should improve based on sociological and scientific knowledge and data which will be put into policy making on rural areas, and on pastoralism and agriculture.”
The Permanent Commissioner, Kaduna State Peace Commission, Dr Saleh Momale, noted that conflicts between pastoralists and farmers have remained a challenge over the last three decades in governing Nigeria’s rural space.
Momale explained that the disputes began over access to grazing areas, grazing and migratory routes, crop damages and use of lowland Fadama resources.
“The inability to effectively address the problems metamorphosed into violent conflicts in many parts of the country, leading to death of persons, destruction of properties and displacements of varying proportions.
“The growth of crime in form of cattle rustling, raiding of villages and kidnapping opened another dimension to the challenges of managing relations between pastoralists and farmers in particular, and enforcing the rule of law in the rural areas in general.”
According to him, in recent years, there is increasing occurrence of violent conflicts which are being interpreted in different ways.
” Even though a number of researches have been conducted to understand the key drivers of the conflicts, the outcome of the research works has not significantly impacted responses and policies of governments at all levels.
“This allowed for misinterpretation of the world-view of the pastoralists leading to enactment of inappropriate policies and responses in some areas.
“Overall, this created a vacuum that is filled by narrow-based perceptions that are not founded on empirical research.” he said
He said that Hagizi had since 2004 conducted research in Nigeria on the ethnography, scientific knowledge and policy making processes as it affects pastoralists.
Momale said that a seminar be held to allow participants respond to the findings of the research by Hazigi, and for them to contribute their perspectives and understanding on the issues.
” It is expected that at the end of today’s event, a summary of the discussions and recommendations will be prepared”.
“It is also expected that a policy brief to inform actions and interventions by all stakeholders including governments, civil society organisations and the media, among others will be prepared and disseminated.”
The commissioner assured the organisers and participants that the Kaduna State Government and the Peace Commission would work with suggestions arrived at during the event in promoting peace, security, social and economic development of the state.
He thanked the French embassy for the foresight to organise the event as its contribution towards resolving the lingering challenge of conflicts, livestock development and effective governance in the country.
“We also thank Dr Higazi for his interest and acceptance to share the results of his research work.
“We acknowledge and value the contributions of The Pastoral Resolve (PARE) is facilitating communications and linkages during the planning of this seminar.”