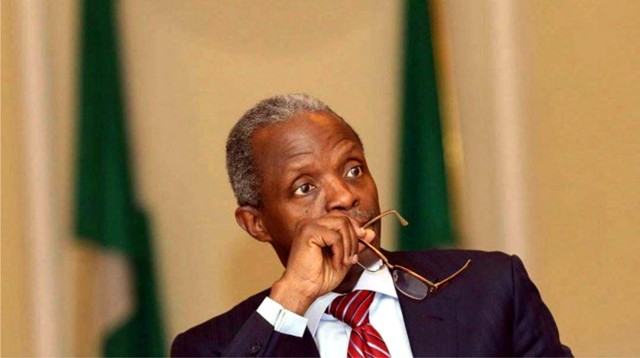 How African Charter On Good Governance Will Help Nigeria

Since the declaration of the Coronavirus, also known as Covid-19 as a pandemic in January 2020 by the World Health Organisation (WHO), the ailment has taken the front burner of medical interventions the world over. This has greatly relegated attention to the HIV/AIDS epidemic which had hitherto been a thorn in the flesh of the world, to the background. Subsequently, experts in various fora have categorically stated that Covid-19 has come to stay, just as its compatriot, HIV/AIDS.
The result is that virtually all forms of attention, including resources, have been shifted from HIV/AIDS intervention to Covid-19 since the outbreak of the virus, despite the fact that HIV/AIDS is still claiming lives globally.
Sad still, current evidence suggest that People Living With HIV(PLWHIV) have higher risk of becoming seriously ill from Covid-19, especially those of them who are not on treatment, or virtually suppressed, and may be at an even greater risk, according to the Project Manager, Rivers State Agency for the Control of AIDS (RIVSACA), Dr Naaziga Francis, in an interview.
Covid-19 is having a serious impact on the most vulnerable communities, not just in Nigeria, but globally, especially the hard-to-reach rural communities, and this may threaten the progress of work done on HIV and other health related ailments.
Experts say there is a fall in HIV testing, as well as patients with tuberculosis (TB) suspected to have HIV who are supposed to be referred to the next step of diagnosis and treatment. Malaria diagnosis as well as antenatal care visit has also declined.
Buttressing this, the Director, Cross River State SACA, Isere Obten, said, “ in terms of accessing HIV services, it is low, health workers are focusing on Covid-19, especially with the vaccine in place.
“In terms of resources, it’s been zero release (of funds) as most international donors are chanelling their funds to Covid-19″, he said.
Adding his voice, the Executive Director of Global Fund, Peter Sands, said, ‘’No country is immune to the spiraling economic costs of the (Covid 19) pandemic. Prolonged economic shocks leave deep scares, which have profound effects on people’s health in years to come”.
There’s little doubt that from the foregoing, this calls for concerted efforts from stakeholders within the HIV space to check the current trend of lesser attention to the epidemic.
Towards this end, the South-South Zonal Coordinator of the National Agency for the Control of AIDS (NACA), Dr. Uduak Daniel, during the just-concluded HIV Media Roundtable in Port- Harcourt, called on the media to be more strategic in reporting HIV issues.
“It will require them to be involved in the field at both the state and local government levels to propagate the activities of HIV/AIDS-related issues in order to curtail the contact and spread of the disease,” she said.
On his part, the Director, Public Enlightenment, Ministry of Information and Communications, Rivers State, Mr. Celestine Ogolo, who represented the State Commissioner for Information and Communications, Pastor Paulinus Nsirim, insisted that the media must continue with its role of agenda-setting in drawing attention to government on critical areas of need and reducing the high prevalence rate of HIV in the South-South zone.
“The media must not allow Covid-19 take off the shine of the work in HIV/AIDS”, he stated.
However, all of these efforts may come to naught if government at all levels does not take it upon itself to identify and support such efforts. This is why the Federal and State Governments, particularly, including donor agencies, as a matter of necessity, should make release of funds for effective HIV/AIDs response in Nigeria a priority.
For people living with HIV/AIDS, the authorities may need to ensure that they have, at least, a 30-day supply of ART in their homes. They could even have necessary drugs for up to six months to avoid exposure to COVID-19 during visits to health facilities.
The onus also lies on the implementing partners to continue with their interventions as part of their corporate social responsibility to society.
While this is being done for HIV/AIDS, there’s also the need to observe the protocols of regular washing of hands, wearing nose mask, and observance of social distancing as preventive measures to Covid-19.
Society should, indeed, still know and be concerned that HIV/AIDS is still in existence and claiming lives, hence practices capable of spreading the virus should be avoided.
Igbiks is of the Rivers State Ministry of Information and Communications.