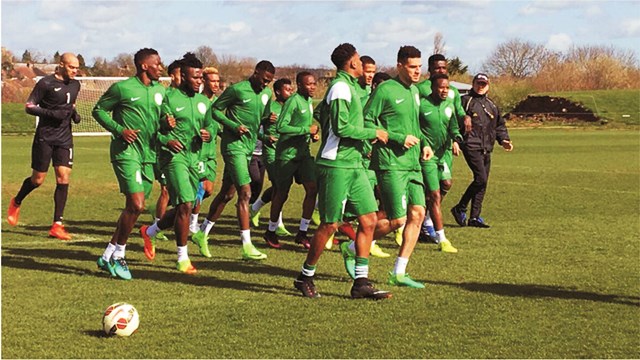 Governor Ifeanyi Ugwuanyi has appealed to philanthropists and sports lovers to support the Enugu State Government’s grassroots sports development drive to discover hidden talents.
Ugwuanyi made the plea last Wednesday while inaugurating two professional boxing rings at the Indoor Sports Hall of the Nnamdi Azikiwe Stadium, Enugu.
The boxing rings were donated by Charles Ike, the Chairman of CEADAD Promotions who is an indigene of the state.
Tidesports source reports that the governor, represented by the Commissioner for Youth and Sports, Joseph Udedi, said the government was open to partnerships with individuals and organisations to promote sports and create viable jobs for youths through it.
The governor, however, thanked the donor, while assuring the people that the equipment would be put into good use for the benefit of upcoming boxing stars.
Earlier, the Chairman, Enugu State House of Assembly Committee on Youths, Sports and Security, Chief Nelson Uduji, also thanked the donor for the gesture.
Uduji extolled the supportive role of Governor Ugwuanyi toward sports growth and development in the state.
The donor, Charles Ike, thanked the governor, the commissioner and Enugu State Boxing Association Board for their efforts in repositioning the sport in the state.
“‘I am assuring you people that I will continue to do my best to support boxing until boxing take its centre stage among sports in the state and beyond.
“‘However, I call on other philanthropists and lovers of sports to join hands and work together to actualise this in the state,” Ike said.
Responding, Vice-Chairman of Enugu State Boxing Association board, praised the efforts of Governor Ebere Amaraizu, Ugwuanyi which, he said, had re-shaped sports development.
According to Amaraizu, Ugwuanyi’s effort in sports development is yielding positive dividends, which is reflected in the winning of many laurels by the state contingent in various competitions.
He thanked the donor and assured him of proper use and protection of the equipment.
“These two boxing rings will go a long way in helping us in various boxing clinics, training and competitions meant to further develop the sport in the state,” he said.
Highlight of the occasion was demonstration boxing bout in one of the rings and giving of appreciation plaque on behalf of the boxing association board to Gov. Ugwuanyi as well as the donor.