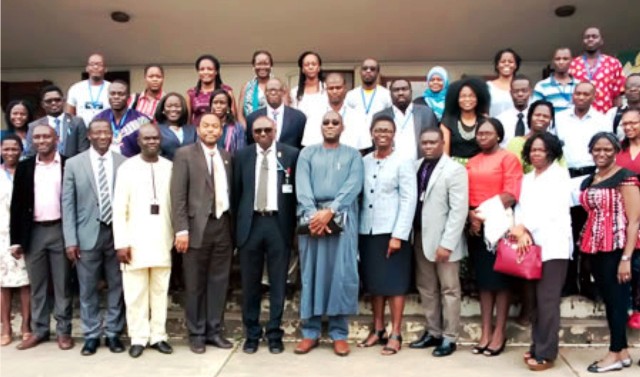 Legislative aides to members of the National Assembly have threatened to shut down the federal legislature if their unpaid allowances totalling N5.8bn are not paid before the 25th September, 2018, resumption date.
The National Assembly is currently on an annual two-month recess.
The legislative aides, in their hundreds, made the threat yesterday at the lobby adjoining the Senate and the House of Representatives, while screaming, “We are aides and not slaves, pay us our entitlements!”
Addressing journalists on their plights, leader of the aggrieved aides, Mr. Sam Melaye, said the entitlements must be paid before resumption by the lawmakers later this month, failure of which would lead to shut down of the National Assembly.
The entitlements, according to Melaye, are Duty Tour Allowances not paid to any one of them within the last three years, which he said was over N2bn now. He also listed training allowances, which he said amounted to N1bn annually, and now N3bn in arrears.
He said, “By laid down procedures and yearly budgetary provisions of N250m on quarterly basis, each of the legislatives aides is expected to go for a training on the template of capacity building, the totality of which is N1bn per year but for the past three years, no category of the aides have been sent on any training, let alone paid the required allowances.”
Melaye alleged that the aides, under the aegis of National Assembly Legislative Aides Forum, have made concerted efforts to get the leadership of the National Assembly politically and administratively within the last three months in getting the monies paid without required response or cooperation from them.
After the protest, the Clerk to the Senate, Mr. Nelson Ayewoh, in his capacity as the Acting Clerk the National Assembly, met with the aggrieved aides in his office.