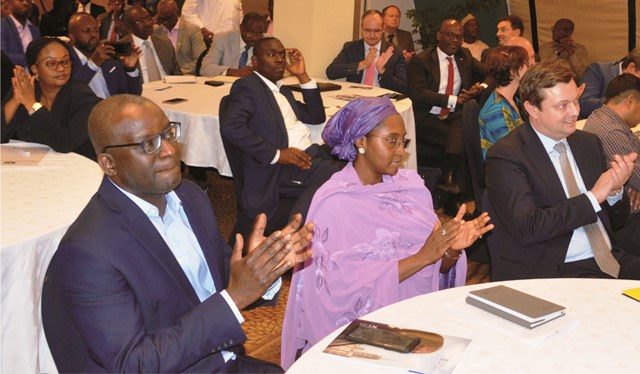 Power distribution companies are not only indebted to their counterparts in the electricity generation arm of the sector, they also owe service providers a total of N205.51bn.
The service providers in the power sector are the Nigerian Electricity Regulatory Commission, the Nigerian Bulk Electricity Trading Plc, the Transmission Service Provider, the System Operator and the Market Operator.
The TSP, SO and MO are different arms of the Transmission Company of Nigeria.
Figures contained in the August 2018 report, presented by the MO to industry operators at the recent power sector stakeholders’ meeting, showed that the indebtedness of the Discos to service providers had been accumulating since the commencement of the Transitional Electricity Market.
The market (TEM) became operational on January 1, 2015, and its commencement led to the implementation of all contractual obligations in the privatised power sector.
The MO, in its report, which was obtained by our correspondent from the Federal Ministry of Power, Works and Housing in Abuja on Friday, stated that the N205.51bn was the total indebtedness of the Discos to NERC, NBET and the TCN, from January 2015 to June 2018.
A further analysis of the report showed that the 11 Discos were indebted to the service providers.
Yola Disco’s N2.24bn debt, according to the MO, was the least among the debtors, while Abuja, Ibadan, Enugu, Kaduna and Port Harcourt Discos owe N26.48bn, N22.64bn, N21.95bn, N19.31bn and N19.14bn, respectively.
The Managing Director, TCN, Usman Mohammed, stated that the power distribution companies were withholding money meant for the expansion of the nation’s electricity transmission network.
According to him, the poor remittances from the Discos had made the country’s transmission company the most vulnerable arm of the power value chain in Nigeria.
Mohammed stated that if not for grants and loans from multilateral donors, the transmission company would not be able to expand its network.
He said, “If you look at the power sector, the TCN is the most vulnerable organisation. Why did I say that? I say that because the Discos are collecting our money and they keep all they want to keep and give the sector whatever they like.
“Power generation companies are covered by what they call payment assurance from the Federal Government which is about N701bn. The only arm of the sector that is not taken care of is the TCN and that is why we are the least paid in the industry.”
Mohammed added, “So, we had to go to multilateral donors like the World Bank to raise money for the expansion of the network. But you know you can’t use this money for operation. You cannot go to the World Bank and get money for running your system.
“The money you can get is for the expansion of your network, for hard investments. They can’t give you money for running your operations. So, this is the situation.”
But the Discos, through their spokesperson, Sunday Oduntan, argued that the fundamental problem in the sector currently was the electricity tariff gap.
He explained the gap as “the gap between what the government has specified as the price of the electricity that we distribute or retail and the true cost of the product.
“It is this gap that has solely contributed to the excess of N1.3tn that the Discos are carrying on their financial books, an impediment to both the sustainability of the electricity market and the ability of the investors to meet the obligations.”
Oduntan added, “Of important note is that we are not advocating or imposing a tariff increase on electricity consumers, some of whom are already dealing with affordability issues. We are stating that the mandated tariff gap is a responsibility of the government and should be addressed by the government, so that Nigerians can receive the improved electricity delivery service that they deserve.”
He also stated that the tariff gap was solely responsible for the debt, which the Discos owed power generation companies.