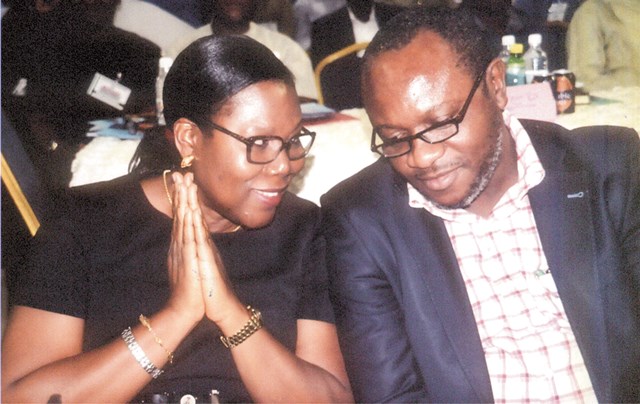 The Rivers State Police Command, last Wednesday, paraded one Mr Wisdom Tennyson, an Air Force officer attached to 407 Air Combat Training Group, Kainji, for kidnapping and rape offences.
Tennyson, a rating of the Nigerian Air Force was paraded along with other 14 armed robbery and 11 kidnap suspects at the State Police Command headquarters in Port Harcourt for their involvement and roles in various crimes and other criminal activities within the state and its environs in recent times.
The state Commissioner of Police, Mr. Zaki Mohammed Ahmed, while briefing journalists at the State Command, said the Air Force rating was arrested at a Guest House, off Bitterleaf Road, Trans Amadi, for alleged case of kidnapping and rape of his victim.
Ahmed disclosed that the arrested Air Force personnel had confessed to the crime, and was now helping the police in the investigation that would assist in the arrest of members of his gang, adding that he would be charged to the court as soon as investigation was concluded on the matter.
The state commissioner of police while giving the summary of achievements and exhibits recorded by the command within the last few weeks, disclosed that a total of 14 armed robbery suspects, three alleged cultists and 11 suspected kidnappers were arrested.
He further disclosed that eight vehicles, two AK-47, 17 locally made pistols, three pump action guns, one single barrel guns, 52 ammunition, 52 cartridges, three magazines and three double barrel guns were recovered.
The CP averred that operatives of Anti-Kidnapping Unit, acting on credible intelligence, stormed a kidnappers’ den at Ukpeliede community in Ahoada West LGA, and arrested Justice Chidi and Ngozi Yellow, adding that on interrogation, they confessed to belonging to Island cult group, which kidnapped and murdered one Moses Walter, a 72-year old retired Warrant Officer of the Nigerian Army and buried him in a shallow grave.
“Again, on July 5, 2018 at about 2100hrs, men of the Anti-Kidnapping Unit stormed another kidnappers’ camp at Ikwerre-Ngwo in Etche LGA, and arrested one Monday Hanson.
He said that Hanson, who hails from Ikwerre Ngwo community, had kidnapped one Bernard Chidi Nwoke, who was rather rescued unhurt at Umuebulu forest.
“We recovered two pump action guns, nine live cartridges, five machetes, bow and arrow. The suspects are helping the police and will be charged to court”, he added.
He thanked members of the public for their faith and support to the command through provision of useful information, which he said, aided the police in the various achievements, even as he promised to deliver on their mandate.

Grow In the Fear Of God, Cleric Tells Youth