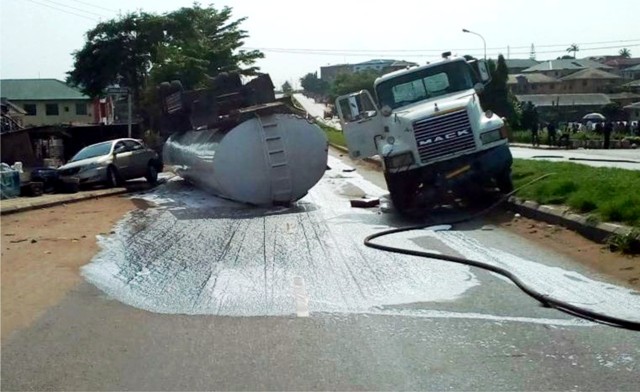 The Nigerian Association of LPG Marketers (NALPGAM) says it plans to increase local consumption of cooking gas from 700,000 metric tonnes yearly to one million metric tonnes by 2020.
President of the association, Mr Nosakhare Ogieva-Okunbor, made this known at a Liquefied Petroleum Gas (LPG) stakeholders’ forum tagged: “Creating Awareness and Safe Handling of LPG’’ in Lagos on Friday.
Ogieva-Okunbor said that if every stakeholder within the LPG value-chain does what is right, the target would increase to about five million metric tonnes by 2025.
He said that if achieved, Nigeria would have attained the League of Nations with high level of LPG consumption.
Ogieva-Okunbor said the association remained a vital link in the LPG distribution value-chain in Nigeria, adding that it was embarking on a nationwide awareness on the benefits and safe use of LPG..
The initiative, according to him, is to encourage voluntary switch from the use of firewood, charcoal, kerosene and other forms of dirty fuel to the use of cooking gas, which was the most efficient and effective cooking source.
Ogieve-Okunbor decried that cooking gas consumption in Nigeria had remained low due to lack of adequate awareness and other infrastructure challenges.
He advised government and other stakeholders to organise and promote campaigns to create awareness about cooking gas and its attendant environmental and health benefits.
Ogieva-Okunbor said that the association was using the occasion to complement the efforts of the Federal Government toward developing a vibrant LPG sector.
He also said that the sector could only witness the desired growth if the citizenry begin to use LPG as an alternative fuel for automobile and cooking.
The association president said: “This is to encourage voluntary switching from the use of firewood, charcoal, kerosene and other cooking sources to the use of cooking gas as the most efficient and effective cooking source.
“Cooking gas consumption in Nigeria has remained low; no, thanks to lack of adequate awareness creation and other infrastructure challenges.
‘‘Since a greater percentage of Nigeria’s population reside in the rural areas, efforts must be made by the government and stakeholders to encourage locals and non-governmental oragnisations (NGOs) to go to the remote areas to promote the product,’’ he said.
Ogieva-Okunbor said the association was embarking on a campaign project to create awareness for the commodity and also teach consumers on how best to handle cooking gas.
According to him, the campaign, will be taken to all states of the federation with a promise of free cooking gas cylinders to Nigerians and also teach them on the safe and proper handling of cooking gas.
Also, Mr Umar Ajiya, the Managing Director, Petroleum Products Marketing Company (PPMC), said that the organisation was not only at the forefront of deepening LPG usage, but also to stabilise domestic price of cooking gas.
Ajiya, represented by Mr Billy Okoye, the Executive Director in charge of Commercials, said that the agency was dialoguing with NLNG and importers to ensure the crash of LPG price in Nigeria.
He said that it would encourage people to desist from the use of dirty fuel, including firewood and charcoal and move to clean energy.