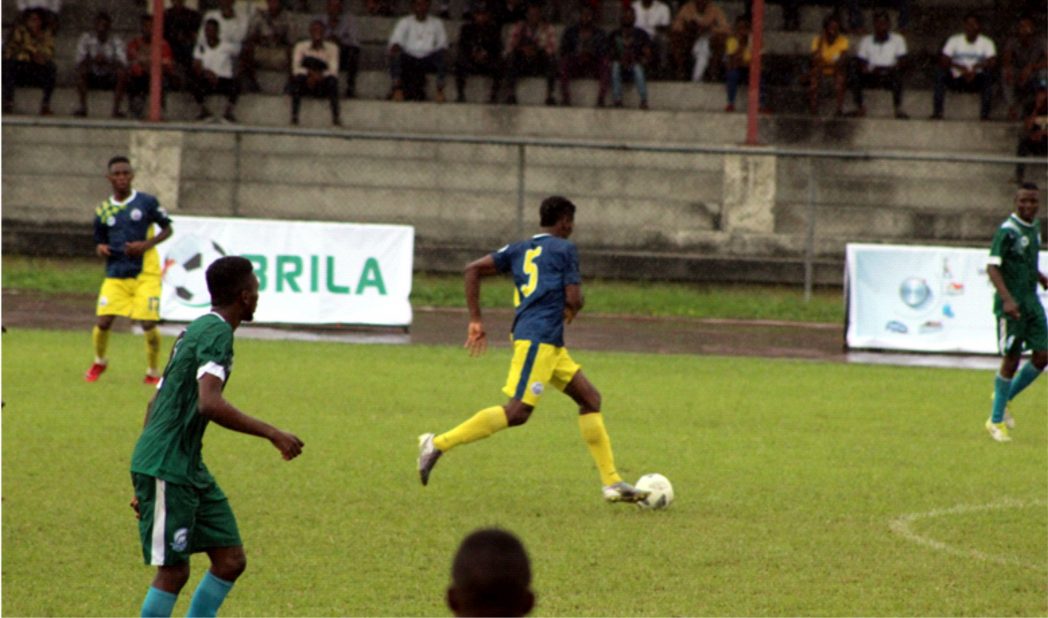 A 12-year-old boy, Agbama Daniel, who participated in the Air Force 10 Km Annual Walk/Run/Jog exercise, organised by the Tactical Air Command (TAC), Makurdi, last Saturday in Makurdi, won the fastest Base Boy prize.
Agbama, who lives with his Airforce father at the NAF Base, was declared the fastest out of many other boys that competed in the race.
The boy said he had been running and jogging longer distances.
No official recording of the time within which the exercise was completed was given.
The event was organised for both security personnel and their families living at the NAF Base.
Tidesports source reports that more than 200 personnel drawn from the various security and paramilitary organisations also participated in the exercise in Makurdi.
Tidesports source also reports that the event, which holds annually, seeks to boost inter-agency cooperation among sister security agencies and promote healthy lifestyles of officers and men.
All activities were divided into male and female categories and competed for by both officers and men.
For the female category of Joggers, Flight Lieutenant OC Moses, emerged the only winner with a finish time of 1:11:27 seconds.
The first position of the Female Officers Walk was won by Squadron Leader EE Danjuma, who completed the exercise in 1:22:21 seconds, while the second position was won by Flight Lt. AJ Enemanna, with a time of 1:22:54 seconds. No one came third.
For the Air Women Joggers, Cpl. Awokoya, who finished the exercise in 52’5seconds came first, Air-Craftswoman (ACW) RN Nebo came second with 58.18 secs, while ACW-JC Onyezim was third with 1:40 mins.
Master Warrant Officer Emeghauabe, won the first position in ACW Walkers category, having finished in 1:15:16secs.
His closest rival Flight Sgt. BM Sofekum, finished with a time frame of 1:21:45secs, while another Master Warrant Officer Nwo Onyilo, came third with 1:25:75secs.
For the Officers’ Walkers category, Group Capt. A Idris, won with 1:12mins, Air Cdre BA Sani came second, recording 1:18:20secs, while AVM Idi Lubo, was third with 1:21:51secs.
In the Air Wives Association , two winners emerged, they are Patricia Omaka and Ukindigh Beatrice who finished their walk in 1:3mins and 1:09 minutes respectively.
Olakama, a Youth Corps member, serving at the NAF base was first in the race finishing the 10 Km run in just 43 minutes.
His rival Nwaiwa Andrew came second with 47 minutes, while Onyeogbo Kido was third with 1:52 minutes.
Speaking at the presentation of prizes, the Air Officer Commanding (AOC) TAC, AVM Oladayo Amao, charged soldiers to do regular exercises to maintain healthy lifestyles.
Oladayo said such regular fitness exercises enabled them to achieve mental, physical and emotional balance needed to carry out their duties.
“The exercise is meant to keep personnel physically, mentally and emotionally stable to cope with the demands and challenges of defending the country’s territorial borders,” he said.
He also commended the Chief of Air Staff( CAS), Vice Marshal Sadique Abubakar, for providing the logistics for the event and charged soldiers to take advantage of it to ensure regular exercises to maintain healthy bodies.
According to him, the exercise is in line with the CAS vision to reposition the Airforce to be highly professional and disciplined force through capacity building initiatives for effective and timely response to national security imperatives.
He said the exercise also provided a platform for sister security agencies to interact and build mutual relationships healthy for the task of defending the country.
He expressed happiness that there was no casualty during the exercise and commended the officers for their professionalism during the exercise. Rector, Army Institute of Technology, Makurdi,
Also, Maj-Gen Chukwuemeka Okonkwo, said physical fitness was central to military operations and charged security personnel to exercise regularly.
“For us in the military, we must be physically and mentally fit to perform our constitutional responsibility of protecting lives and properties as well as fight and defeat external enemies and overcome threats to territorial integrity,” he said.
He commended those who won laurels and urged them to train hard to keep the record, while also encouraging those who never won prizes to strive hard to win in the next edition.