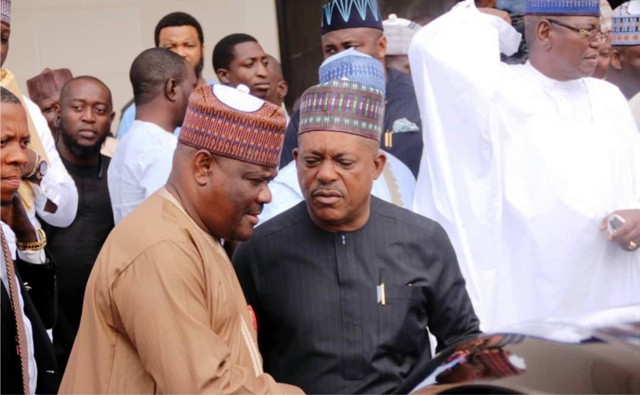 A constitutional lawyer and President, Voters Awareness Initiative, Mr Wale Ogunade, says that Politicians took the act of vote-buying in Ekiti State gubernatorial election to a higher dimension.
Ogunade told newsmen yesterday in Lagos that the previous acts of vote-buying were done in secret but during the Ekiti election, it was done in the open.
He said that the rising phenomenon of vote-buying during elections called for deep concern.
“Vote-buying is not a new phenomenon in the country. Before now we have had it in Anambra, and before Anambra we had it in Edo.
“But before Edo and Anambra it has always been situations such as stuffing Naira notes inside loaves of bread or they will give people rice, T-shirt, cloths (Ankara) or even in some cases, lace materials and all sorts of materials and ‘tokenism’.
“All with the intention of wooing voters against their conscience to vote for them.
“But no doubt, the Ekiti election has taken vote-buying to a higher dimension. It has now opened it up because it was done with reckless abandon.
“The previous ones were done in secret and now, it has been done in the open during Ekiti election,” he said.
Ogunade said that vote-buying could also be described as “democracy on sale”, which could hinder meaningful development in the country.
“To this extent, I call on INEC to stem this dangerous tide before it engulfs everyone of us and of course, this will serve as a very good precedence between now and Osun polls,” he said.
Ogunade said the coalition of civil societies had forwarded their reports, concerns and recommendations to the Independent National Electoral Commission (INEC) for appropriate action ahead of the Osun and 2019 elections.
“INEC is the umpire here and I think they should work out the modalities of arresting this situation before it gets out of hand.
“The first thing it should do is to look at the constitution because it has the powers to regulate and organise elections.
“INEC doesn’t need any new law or going to the National Assembly to carry out its functions.
“It should look at its powers as provided for in the Item 15 of the fourth schedule of the 1999 constitution which gives it he power to organise and supervise elections in Nigeria, making rules and regulations.
“So, with that power, it will work out penalties for anybody who is caught buying votes or anybody who takes money. Part of it may also be to cancel the votes in such areas.
“I would not want to put words into INEC’s mouth. It should invite stakeholders, including the media to see how we can get out of this quagmire,” he said
Ogunade urged INEC to intensify the sensitisation, voter education, engagement with political parties and the people before 2019, adding that his organisation would step up campaigns against vote-buying.
“For us as a group,  we would step up our voters’ education campaign, particularly against vote-buying because if we don’t do that, the essence of democracy will be defeated,” he said.