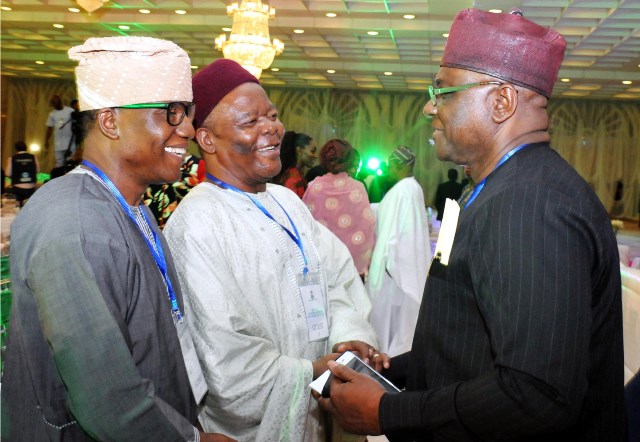 The Deputy President of the Senate, Sen. Ike Ekweremadu, yesterday, called for increase in women participation in governance at all levels, saying it would enhance the country’s rapid development.
Ekweremadu made the call at a workshop on “2019 Elections and Policymaking: Making Women Issues Matter” organised by Policy and Legal Advocacy Centre (PLAC) in Abuja.
He said that women had the capacity and integrity to build a better nation and that Nigeria would only take its rightful place in the comity of nations when women occupied their place in governance.
He said “when a man is educated, an individual has been educated, but when a women is educated, an entire nation has been educated.’’
The deputy senate president said that he believed that when women were politically empowered, the entire generation had been empowered.
He pointed out that women had done well in nearly all spheres of life, including sports, business, academics locally and internationally.
The lawmaker said that women had proven themselves in vocations which were reserved for men such as automobile mechanic and commercial driving.
He said that women have shown high level of integrity and were very passionate, which has made them respond to the call of service across the globe.
According to him, World Bank and International Monetary Fund (IMF) are headed by women.
Ekwremadu, however, lamented that some factors had prevented women from taking their rightfully place in the politics of Nigeria.
He described the situation as ‘a case of a step forward and two backward’, recalling that the last administration had 35 per cent of women in Federal Executive cabinet, but that the story is different now.
Ekweremadu noted that women had been held down by factors ranging from cultural to religious, economic and socio-political with the wrong belief that the role of women was in the kitchen.
He said that women who were courageous enough to aspire for political offices were deemed as ‘over-ambitious’, a situation he referred to as “cultural terrorism.”
He described as “cheap blackmail’’ to refer to women aspiring for political offices as prostitutes, adding that such assumption was untrue.
The legislator urged women not to be deterred by such limitations saying that “he who must be in the kitchen should not be afraid of the smoke.”
He stated that Nigeria was placed at 168 in women representation in national parliament across the world.
He said that Rwanda was first in the world and South Africa, Mozambique and Senegal among the top 20 countries in the rating.
The deputy president of the president said that by the provision of section 42 of the Constitution, discrimination against sex, origin, community or political opinion was prohibited.
He advocated amendment of the section to create special quota for women in line with the 35 per cent affirmative action on women representation.
He suggested that Nigeria should take after Rwanda which amended its constitution to create special quota for women across political bodies.
On June 12, Ekweremadu said it reminded the nation of the great roles played by compatriots to bring the country to democratic rule, adding that there was no better day to discuss issues affecting women representation in politics.
Earlier, Executive Director of PLAC, Mr Clement Nwankwo, had said that it was not helping the nation’s politics that more than 50 per cent of the population had less than 10 per cent representation in politics.
Nwankwo said that based on integrity, intelligence and creativity of the women population, PLAC had decided to expand its scope to include women participation in politics.
He said that PLAC, in collaboration with Ford Foundation, had produced a report to help address the issue, and expressed hope that by the 9th National Assembly, there would be more women lawmakers.
Reviewing the report, Dr Nwachukwu Orji, Resident Electoral Commissioner, Anambra, said that it was surprising that women under-representation in politics was an issue giving the potential in the country.
He said there was a potential of full representation in Nigeria and that the country should not be left behind.
Orji said at the global level, women representation in parliament had doubled over the years and that Nigeria should not be left behind.
He said that 12 countries in Africa had elected more than 30 per cent of women into parliament and that five countries had elected more than 40 per cent.
Orji said that though some measures had been put in place to increase women participation in Nigeria’s politics, there was need to switch from “incremental track to fast-track’’.
The highpoint of the event was the unveiling of the report by the deputy president of the senate.