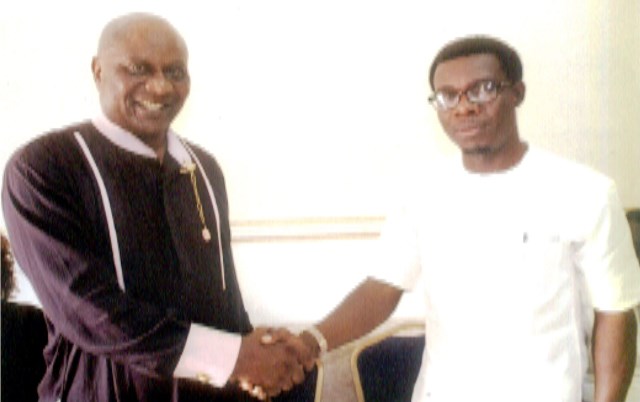 At last, the people of Ula Ikata community in Igbu Upata Kingdom in Ahoada-East Local Government Area last Friday, returned to their ancestral home four years after they deserted their community because of land dispute.
The Igbu Upata Kingdom monarch and Chairman, Ahoada East Council of Traditional Rulers and Chiefs, Eze Igbu Upata III, Eze Felix Enene Otuwarikpo while flagging off their return regretted the massive loss of lives and property during the crisis.
At a ceremony to welcome home the people, Eze Otuwarikpo called for peaceful co-existence and promised to assist rebuild the houses of the most elderly male heads of the seven families that make up the community.
He, however, appealed to well meaning Nigerians, non-governmental organisations, National Emergency Management Agency, corporate institutions, United Nations humanitarian department, state and federal governments to come to the aid of the people for proper integration.
Warning against future crisis, he expressed happiness that his first commitment to reconcile feuding factions in Ula Ikata which was made on his coronation in September 2017, before the state Governor, Nyesom Wike had been fulfilled.
An elated Eze stressed forcefully that “never again shall any part of the 21 towns and villages under my domain be allowed to go into regrettable crisis. Never again and this applies to all other parts of Ekpeye. We will resist retrogressive forces. It is to this that I will reach out to other Ezes in Ekpeye so we can bring back Odigwe people to their ancestral home.
“Never again, shall we cede any inch of Ekpeye land. We cannot surrender our liberty to anyone. I wish to assure all Nigerians that the Upata people elected me to defend Upata Kingdom. I will not compromise this solemn oath.”
While he decried the recent herdsmen attack on Ihuaba, an Upata community, Eze Otuwarikpo urged the youths to shun cultism and other vices for peace.
Speaking also, the Eze Ekpeye Logbo II, Eze Robinson Okparanwo Robinson commended Eze Otuwarikpo for his resilience in ensuring that the warring factions embraced peace.
He informed, however, that the Ekpeye nation would henceforth resist trouble makers in order to create an enabling environment for investors.
In his remarks, Bishop Clement Ekpeye of the Ahoada Diocese, Anglican Communion, called on cultists to repent if they wish to escape the wrath of God.
In his solidarity speech, the President General of Uzugbani Ekpeye, Professor Dulu Appah, said that the effects of the gathering must be positively noted because, according to him, no society thrives in crisis.
Hon. Edison Ogerenye Ehie, member representing Ahoada East Constituency II in the Rivers State House of Assembly reacted to Eze Otuwarikpo’s appeal by announcing a donation of N1million and also promised to reconstruct the community town hall and provision of good drinking water.