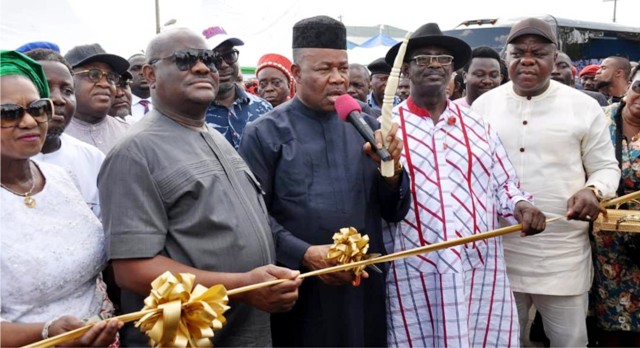 The Peoples Democratic Party (PDP), yesterday, warned President Muhammadu Buhari’s “blood relatives” working in the Independent National Electoral Commission (INEC) against doing anything that will “pitch them against” Nigerians during the 2019 general elections.
The PDP gave this warning while declaring that Nigerians want a change of President in 2019.
In a statement issued by its spokesperson, Kola Ologbondiyan, yesterday, PDP insisted that Nigerians have noted and accepted Buhari’s declaration that “Nigerians should vote for candidates of their choice, come 2019”.
Ologbondiyan said Buhari made the “important declaration after his thorough assessment of his diminished popularity among Nigerians due to his poor performance in the last three years.”
The statement reads, “Though Nigerians, on their own, have since reached a consensus not to support President Buhari’s re-election bid in 2019, it is good that President Buhari, by himself, admitted this fact, hence this declaration.
“President Buhari has seen the flow of our nation’s political tides and the PDP urges him to show statesmanship by reining-in his cronies to shed their desperation and lust for power, which will, in any case, be firmly resisted by Nigerians.
“The PDP also charges the All Progressives Congress (APC), the Independent National Electoral Commission (INEC), particularly the blood relatives of President Buhari in INEC, as well as security agencies to note the determination of Nigerians; their desire for another President, come 2019 and as such desist from any act that will pitch them against the people.
“It is imperative to note that the APC is already stuck with an unpopular candidate and PDP remains open as the only credible democratic platform for all Nigerians across board to rally and produce that truly Nigerian President of their choice.
“The PDP, therefore, urges all democrats, in all political formations and alignments across the country to come together on the repositioned PDP to actualize the wishes and aspirations of Nigerians for a president that genuinely cares and truly have the capacity and competence to restore our nation to the path of good governance, peace, national cohesion, equity and economic prosperity.”
Meanwhile, the Peoples Democratic Party (PDP), has listed ways President Muhammadu Buhari allegedly crippled Nigeria’s economy.
The party was reacting to President Buhari’s claim that he inherited a bad economy when he took over power in 2015.
President Buhari, while receiving the Sierra Leone President, Julius Bio at the Presidential Villa, yesterday, said he inherited similar economic challenges as a newly installed leader.
But reacting to this, the National Publicity Secretary of the PDP, Kola Ologbondiyan, refuted the claim.
He told newsmen, “With all due respect, President Buhari inherited the fastest growing economy in Africa when he took over from the PDP administration in 2015.
“He came to power without a clear cut economic policy; his administration mismanaged the economy and threw up the recession we suffered.
“At the earliest turn of his administration, he embarked on the de-marketing of our nation; he embarked on a foreign exchange policy which pursued a multiplicity of exchange rates which led to foreign investors leaving in their numbers.”

Nigeria’s Democracy: How Well Have We Fared?