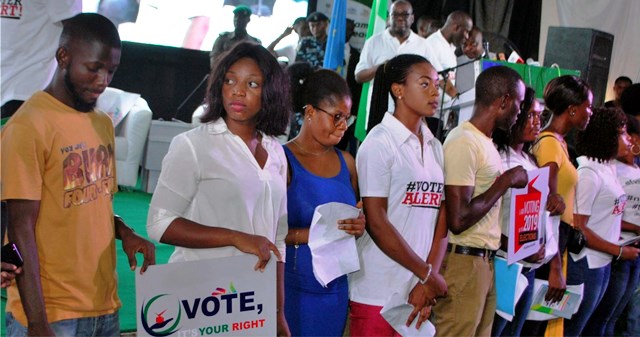 At a massive rally
organised by the Wike Support Movement (WSM) in Opobo/Nkoro Local Government Area, Commissioner for Education and former majority leader in the Assembly, Hon Tamunosisi Gogo-Jaja has enjoined all pro-PDP group to work in returning Chief Wike in 2019.
Gogo-Jaja insisted that votes of every citizen must count, while calling on the citizens to ensure that the current infrastructure rehabilitation and expansion are sustained.
He said that Wike is the only person that can drive Rivers State to a better future, as the opposition does not have what it takes to lead the state.
“Every hand must be on deck”, Gogo-Jaja emphasised, “to ensure that Wike returns back in 2019”.
The former lawmaker said Opobo/Nkoro has benefited hugely from the Wike administration and should therefore reciprocate the good gesture by ensuring the governor comes back in 2019.
As far as Gogo-Jaja was concerned, “Opobo/Nkoro is PDP and PDP is Opobo/Nkoro. I’ am confident that Opobo/Nkoro will massively vote for the PDP”.
Ahead the elections, he urged the people to be vigilant. “When you vote, protect your votes. With what happened in APC Congress last Friday, is a test care of what they plan to do in 2019, but we will resist them”, he said.
He urged the newly inaugurated WSM exco in the area to be committed and dedicated in bringing new members as he called on them to serve rather than seeking their personal interests.
On his part, legislator representing Opobo/Nkoro state constituency, Hon Adonye Diri urged the people of the area to stick with Wike who has shown them love with the sitting of numerous projects in the area.
Diri said, “returning Wike in 2019 will be a demonstration of the peoples gratefulness to what he has done for us”.
Similarly, Caretaker Chairman of the area, Sir Boma Brown assured that Opobo/Nkoro has no other party than the PDP.
Brown maintained that PDP is like the culture of Opobo/Nkoro,even as he promised that the people of the area cannot leave the party since it has been their way of life since 1999.
The Opobo/Nkoro C boss assured hundreds of decampees that the party is open and ready to accommodate them without any segregation.
“The umbrella is large enough to carry everybody. And my administration has an open door policy to carry everybody along”, Brown said to the decampees.