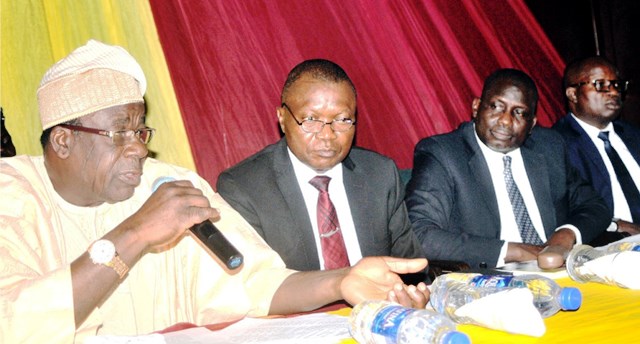 The Central Bank of Nigeria (CBN) has captured no fewer than 31 million account customers in its Bank Verification Number (BVN) project aimed at ensuring unique identifier in the Nigerian banking industry.
CBN Director, Banking and Payment System, Mr Dipo Fatokun, disclosed this in a paper titled, ‘Nigeria’s progress towards the creation of a robust, trusted and inclusive Financial Services Environment’ delivered at the annual meeting of the ID4Africa movement in Abuja.
Fatokun said the CBN had also linked a total of 43,959,282 banks accounts in the BVN project, “to address the absence of a unique identifier in the Nigerian banking industry and to facilitate the creation of inclusive financial services environment.
“The CBN in collaboration with the Bankers’ Committee launched the BVN Project on February 14, 2014, with biometric solution, as a unique identifier for all bank customers.
“The objectives include the following: increase access, convenience, service levels across the industry; enable greater financial inclusion and integration of financial services into the economy, with its attendant positive impact on economic development,’’ he said. Fatokun said the BVN was also targeted at promoting safe and sound financial system in the country.
He said that the BVN has helped in the provision of unique identity for customers that impact other areas such as credit check, and non-repudiation of transactions.
According to him, the BVN has also helped to increase deterrent controls on financial transactions and reduce or mitigate fraud risk and identity theft. “Most importantly, it has created avenues for people who cannot write regular signature to make financial transactions, thus, facilitating financial inclusion.
“As at December 2017, the implementation of the BVN Project recorded 31,426,091 registered BVNs and 43,959,282- accounts linked with BVN,’’ he said. Fatokun explained that the BVN was part of the Federal Government’s strategy towards accelerating financial inclusion in the country.
“Nigeria launched its National Financial Inclusion Strategy in October 2012 with the goal of reducing the percentage adult Nigerians that are excluded from financial services from 46.3 per cent in 2010 to 20 per cent by 2020,’’ he said. Fatokun added that a number of factors were identified as barriers to financial inclusion among Nigerians.
“The identified barriers to financial inclusion include lack of income, long distance to access points, lack of knowledge about financial services, high cost of services and cumbersome requirements for account opening. In order to achieve the set target, and to address the aforementioned barriers, different measures and initiatives were put in place by the CBN.
“To address the cumbersome documentation requirement for account opening, the CBN introduced the Three-tiered Know-Your-Customer (T-KYC) in 2013, which was modified in July, 2016. The three-tiered KYC guideline allows individuals who may not meet the formal identification requirements and in banks to operate and enjoy banking services within defined thresholds, he said.
“The simplification consists of lowering the account opening requirements and less-paper documentation in exchange for lower threshold.

Buhari’s Visit: US To Repatriate Over $500m To Nigeria