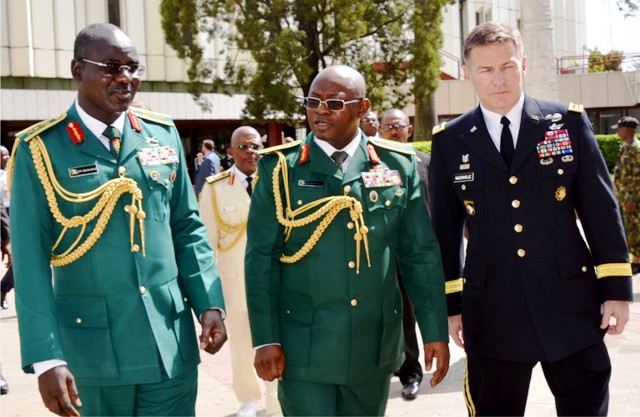 The Presidency yesterday explained that President Muhammadu Buhari did not refer to all Nigerian youths as lazy in a statement he made on Wednesday during the question and answer session of the Commonwealth Business Forum in London.
Rather, it said Buhari only made reference to “a lot of” Nigerian youths and not all of them.
The Special Adviser to the President on Media and Publicity, Mr Femi Adesina, made the clarification in a statement made available to journalists.
Adesina attributed the outrage that trailed the President’s comment to those he described as “manipulators and twisters” of Buhari’s statements.
He said, “Typical of their stock in trade, manipulators and twisters of statements of Mr President, who lie in wait to make mischief, interpreted the comment to mean that President Buhari had taken all Nigerian youths to the cleaners.
“But elementary English recognises a wide gulf between ‘a lot of’ and the word ‘all.’ How can ‘a lot of them,’ suddenly transmogrify to mean ‘all of them?’ Mischievous and unconscionable!
“There is no way President Buhari, father of the Nigerian nation in every sense of the word, who equally has biological children of his own in the youths age bracket, pass a vote of no confidence on all youths.
“It can only exist in the imagination of those who play what the President has described as ‘irresponsible politics’ with everything.”
The presidential spokesman said Buhari had always applauded and celebrated Nigerian youths who excel in different areas of endeavour, from sports, to academia, and other realms.
He said the President would continue to do so, because he values the youth, and knows that they are the fulcrum on which the future of the country rests.
“Indeed, every country has its share of idle population, and it is the bounden duty of government at all levels, to create an enabling environment for them to actualise their potential. That is what President Buhari is committed to doing.