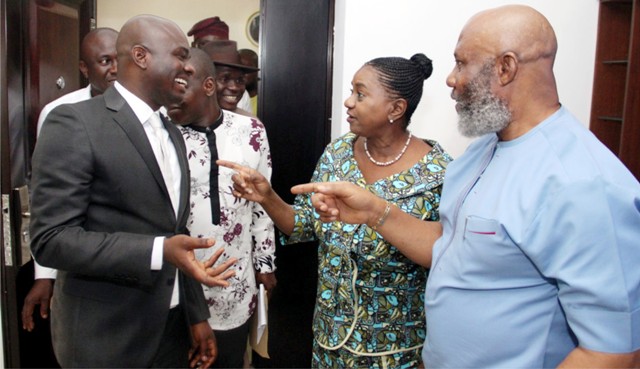 The Rivers State Deputy Governor, Dr Ipalibo Harry Banigo says she would continue to make herself available as a role model to mentor young girls.
The deputy governor stated this during a Girl -Child Mentorship Programme organised by the Protect The Girl Child Initiative of the Office of the Deputy Governor, at the Government House in Port Harcourt, last Saturday.
Banigo said, she was passionate about the girl child because “the education of the girl-child is key to the socio-economic development of the state and the nation at large. I will continue to mentor them to have a mindset that would propel them to succeed in life”.
According to her, “The girl- child is very important, her education, her protection and her future. If you look at it from research, the health indices of the educated woman, her children and other family members are always better”.
Senior Special Assistant to the Deputy Governor, Mrs Inegogo Fubara, while delivering a lecture on hygiene, expressed the need for young girls to observe a high sense of personal hygiene in order to remain healthy, especially at puberty, noting that with the simple washing of hands with soap and water, a lot of diseases could be prevented.
In her remarks, the Special Assistant to the Deputy Governor on Research, Uki Asemota said the girl-child initiative of the deputy governor was started in 2015 to mentor young girls to attain their full potentials in life, especially in the sciences.
She said the girls were being mentored academically, spiritually and emotionally to make them believe in themselves that they can succeed in life through hard-work, diligence and dedication.
Responding on behalf of her colleagues, Miss James Ebubechi Great of the Niger Delta Science School in Port Harcourt, said she was inspired and excited by the pep talk given to them by the deputy governor, which according to her, would spur them to succeed in life.
Also speaking, the Senior Pastor of the Assemblies of God Church, Rumuodomanya, Rev Onuoha Jonathan, expressed gratitude to the deputy governor for finding girls in his church worthy to be part of the mentorship programme.