The Managing Director of the Niger Delta Development Commission (NDDC), Mr. Nsima Ekere, has urged major stakeholders to sensitise youth in the Niger Delta on the dangers of militancy and other social vices.
Ekere, who spoke when leaders of the Port Harcourt Club 1928 paid him a courtesy visit at the NDDC headquarters in Port Harcourt, stressed the need for peace and security to attract investments to the region.
A statement by NDDC Director, Corporate Affairs, Ibitoye Abosede, last Saturday, and made available to The Tide in Port Harcourt, quoted the managing director, as charging members of the Port Harcourt Club, whom he described as strong opinion leaders, to join in the effort to sanitise the Niger Delta, lamenting that most of the businesses that used to operate in Port Harcourt have closed or re-located.
The NDDC chief executive officer remarked that investors needed maximum security, and charged the leaders of Port Harcourt Club to advise the youth of the Niger Delta and make them understand that security would allow more businesses to operate from the region and thus create more jobs for them.
Ekere regretted that the world biggest refinery is being built in Lagos by a private investor.
He said: “Millions of dollars will be used to construct pipelines to take the crude from the Niger Delta to Lagos. You can imagine the number of jobs that will be created if that facility were to be built in the Niger Delta. Imagine the multiplier effect in the economy.”
The NDDC boss declared that the current board of the commission had been working very hard to change the story of the interventionist agency since it took over 15 months ago.
He said: “When we came on board we came with a very ambitious plan to restructure the NDDC. We articulated what we called the 4-R strategy. To restructure our balance sheet because it was over-bloated. A lot of projects were abandoned and there was over-trading. We identified the fact that for us to progress, we must of necessity restructure our balance sheet.
“We decided that we cannot continue to add to the liabilities. So, in our budget for 2017, we decided to dedicate 70 per cent of the budget to on-going projects to enable us concentrate on those projects and complete them. Only 30 per cent is dedicated to salaries, overheads and new projects. We also took measures to restore the commission to its core mandate.”
Ekere said that the NDDC was now concentrating on big ticket projects that would lead to economic integration of the Niger Delta, noting that it made sense to focus on doing those things that would change the economy of the region by providing sustainable and meaningful infrastructure. 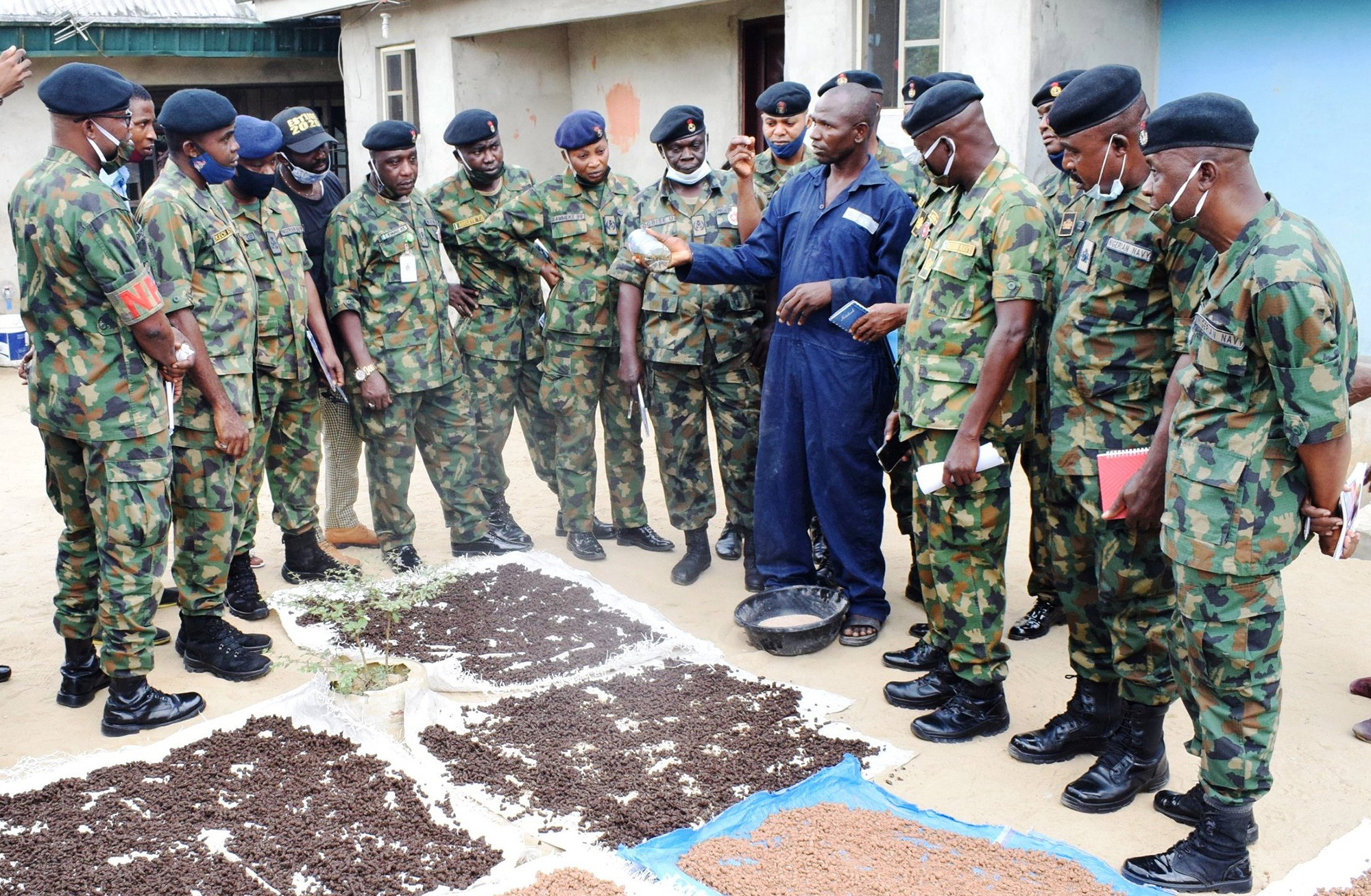 Bayelsa State Deputy Governor, Senator Lawrence Ewhrudjakpo has tasked the people of Azama and Isoni communities to put their peaceful co-existence ahead of any other consideration.
Senator Ewhrudjakpo stated this at a meeting with representatives of Azama Community and the Isoni/Azama Peace Committee at his office in Government House.
The Deputy Governor, who expressed delight that no life was lost as a result of the dispute, however encouraged members of both communities to sustain the prevailing peace.
A statement by the Senior Special Assistant to the Deputy Governor on Media, Mr. Doubara Atasi, noted that Senator Ewhrudjakpo urged the youths of both communities not to take laws into their hands but remain patient as government was taking steps to resolve the issues.
He commended indigenes of both communities for maintaining their calm and allowing government to wade into the matter, assuring them of an unbiased approach to the resolution of the conflict, which has lingered on for several decades.
According to Senator Ewhrudjakpo, the prosperity government is committed to ensuring that communities within the state enjoy peace and good neighborliness as no development can take place in an atmosphere of rancour.
“Once there is a dispute and a life is lost in the dispute, that dispute becomes difficult to resolve. Over the years we have not heard that any blood has been spilled by either party on that land. We want to encourage everybody to maintain that path.
“I want to encourage us to calm down, tell the youths to calm down. No matter how strong a matter is, there is always a solution. We will not take sides but address the issues objectively to achieve greater peace between both communities”, he added.
Also Speaking, the Ebenanaowei of Apoi Clan, King Ikpangi Perekebina, stressed the need for an inter-local government boundary adjustment exercise in the state to avoid unnecessary land disputes between border communities in the state.
He said contrary to the claim of their sister Isoni Community in Sagbama Local Government Area, the present location of Azama Community in Southern Ijaw had never been known and used as an evil forest by any community.
King Perekebina called on the government to resolve the issue without bias and assured that the people of Azama would cooperate with the committee to achieve a lasting solution.
In their separate remarks, Chief Ayama Ezi and Mr Daniel Ebitimi, representatives of Tomoyanbiri and Opuwanbiri compounds of Azama, both expressed worry over the claims of Isoni Community as landlords of virtually all the lands in the area, and called for a speedy settlement of the dispute. 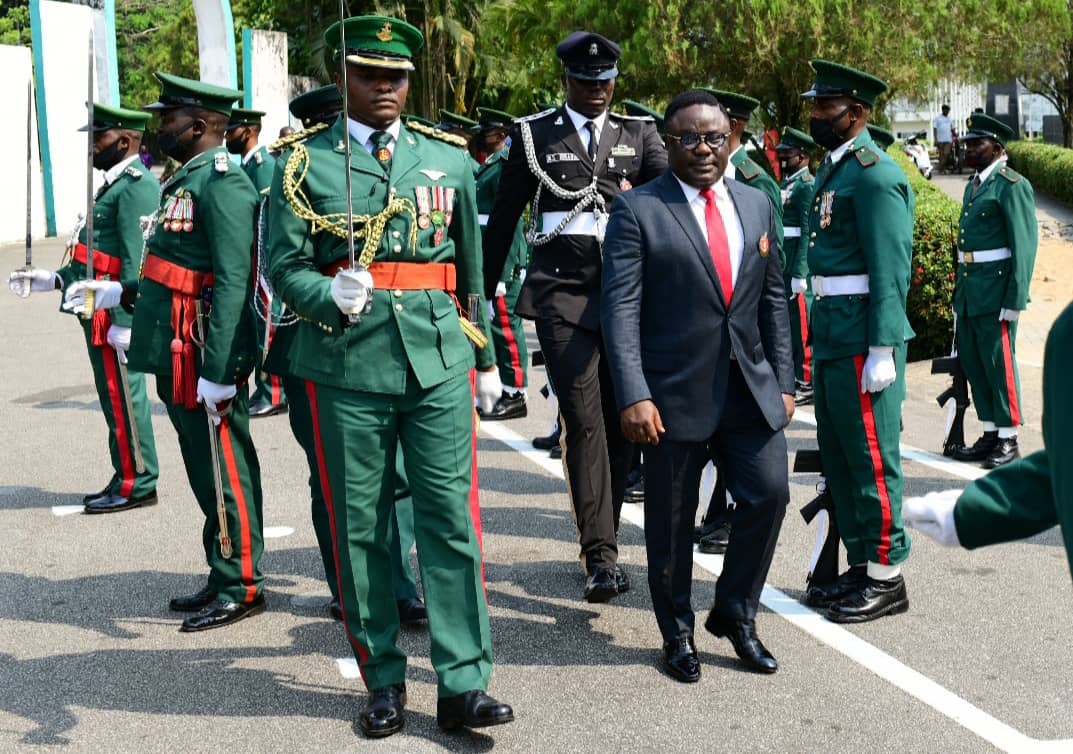 The Governor of Cross River State, Senator Ben Ayade, has declared total war on kidnappers and armed robbers in the state, as not less than six houses belonging to them have been demolished within 10 days.
Few days ago, five houses said to belong to kidnappers and other criminals in the state were demolished at Eight Miles on the outskirts of Calabar, and last Friday, the security outfit code named “Operation Akpakwu” demolished the Save Side Hotel also at Eight Miles for harbouring suspected kidnappers that have been terrorising the state.
Consequently, Ayade has called on landlords, hotel and other hospitality facilities to ensure they know their tenants and also get complete details of their guests to avoid being caught in the web.
After the demolition, the state’s Security Adviser to the Governor, Mr. Henry Okokon, said the Homeland Security Bill, which was signed into law by Governor Ayade, clearly states that “anybody who aid, abet and harbour a criminal is also guilty of the crime… Most kidnap cases recorded in Calabar were planned and coordinated from hotels and brothels, including some residential apartments.”
Residents of the area, he said, were living in constant fear because of harassment from suspected kidnappers, who took over the hotel for illegal activities.
He said: “The demolition exercise is an ongoing process. It is part of the activities of Operation Akpakwu that was set up to fight criminality in the state, especially kidnapping.
“The governor has warned landlords who are harbouring criminals to desist from doing so. Therefore, anybody found to be harbouring, abetting or aiding crime must definitely be held responsible. This hotel is one of the buildings that have been harbouring criminals and the government has decided to bring it down…” 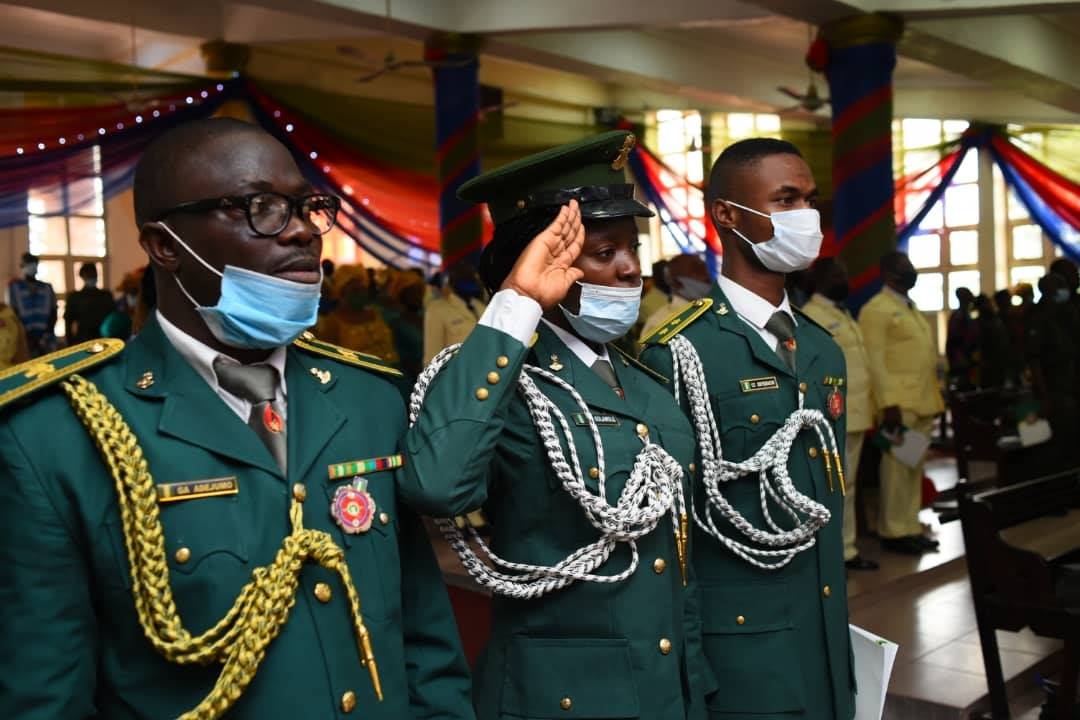 The Presidential Task Force (PTF) on COVID-19 says it is on a five-day official visit to Edo to supervise the state’s response to the COVID-19 pandemic.
Prof. Ehimario Igumbor, Lead, Presidential Task Force on COVID-19 Profile, stated this while addressing journalists in Benin.
According to him: “We are here in Edo to undertake a supportive supervision about the state’s response to COVID-19 in general, but specifically, about how we are improving on our testing rate across the state.
“We have had the opportunity to meet with Governor Godwin Obaseki and other key stakeholders in the health sector.
“We are very grateful to see the command that the governor has around the response and all that he is doing to support the activities of public health.
“We want to keep the world out there around testing for COVID-19. We have seen a surge in cases of recent and we are encouraging the populace to come out and get tested.”
Igumbor added that the various laboratory facilities in the state had been visited, adding “we like the decentralised testing strategy that the state has adopted.
“We just want to reinforce the strategy and communicate it to our colleagues, both at federal and state levels, to take a cue from what we have seen in Edo.
“We hope that we will get more people tested so that we can use that a yardstick to determine the response level and control the pandemic in our communities.”
Meanwhile, the Edo State Government Coronavirus (COVID-19) Task Force has visited churches to enforce compliance to safety protocols released by the state government to check the spread of the second wave of the pandemic.
The state government monitoring team, led by Mrs. Grace Ireotoi and Mrs. Irene Uabor, visited Holy Cross Cathedral, All Souls Anglican Church, Christ Victory Bible Church, St. John Vianney Catholic Church, among others in Benin City, to ensure that the churches abide by government’s directives.
Addressing reporters after the exercise, Mrs. Ireotoi hailed the worship centres for insisting that worshippers abide by the new directives.
She said: “The second wave of the COVID-19 is real. We want to see for ourselves if the churches are observing social distancing and if provision was made for hand washing facilities. We also wanted to observe if worshipers are adhering to the directives on compulsory wearing of face masks. These preventive measures are strictly to be adhered to by churches.
“Within the church, things are going on smoothly, but it is a different ball game outside. Social distancing is not being observed. We have spoken to the heads of the protocol units and they have promised to work on it, but for the use of facemask, the compliance is 98 per cent.”