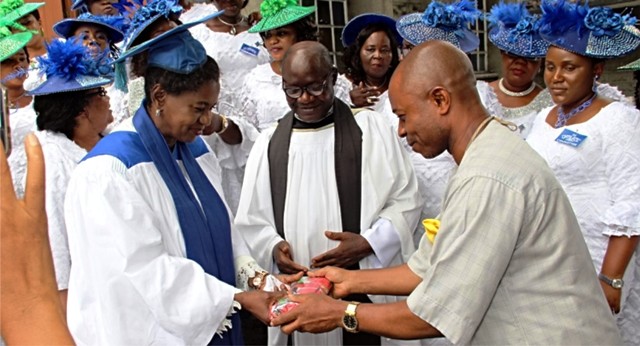 The Rivers State Waste Management Agency (RIWAMA) says that it is surprised at the call by a political acolyte, one Kadilo Kabari, for the resignation of the incumbent Sole Administrator of the agency, Bro Felix Obuah.
Kabari is the former special assistant on waste to the former Sole Administrator of RIWAMA, Ade Adeogun, under Chibuike Amaechi administration.
Describing the call as ill-motivated, the Special Adviser on Media and Publicity to the RIWAMA Sole Administrator, Jerry Needam, equally expressed shock that Kabari, who ought to know better the difference between RIWAMA under which he served and now, has been blindfolded by political allegiance to his All Progressives Congress (APC) that he neither sees nor feels the impact of a more sensitive and responsible agency under Obuah.
In a statement, RIWAMA regretted that rather than appreciate Governor Nyesom Wike-led administration for clearing backlog of over six months’ unpaid contract fees owed contractors and service providers by his principals – Chibuike Amaechi and Ade Adeogun, Kabari decided to dance to the gallery and show his penchant for political consideration rather than the interest of the people.
“Joining issues with political neophytes is uncalled for, but for the purpose of clarity, rather than vilify Bro Felix Obuah, Kabari should be highly grateful to him and more so, to the State Executive Governor, Chief Nyesom Wike for not only clearing the backlog of arrears of over six months owed contractors and service providers under his boss, Adeogun, but also ensuring that all the heaps of wastes that littered the state before Governor Wike assumed duty on May 29, 2015, were cleared sequel to the marching orders he (Governor Wike) gave to RIWAMA to clear all the wastes that had hitherto taken over the state capital and its environs when RIWAMA Sole Administrator, Bro Felix Obuah assumed office on June 6, 2015,” the statement said.
“The present RIWAMA”, according to the statement, “has done far better than what Adeogun did when he was in office for years with Kadilo Kabari serving under him as special assistant on waste”.
The statement also noted that the Nyesom Wike administration has performed far more excellently well than the eight years of Chibuike Amaechi in the area of keeping Rivers State clean and healthy.
While wishing not to blow its trumpet, RIWAMA said that it has cleared all the wastes in the state, and appealed to Kabari to tour the state to see things for himself.
The statement further enjoined Kabari and his APC paymasters to support state governor in keeping Port Harcourt, the state capital and its environs clean, rather than sabotage the efforts of RIWAMA by illegally dumping refuse at unauthorized places at midnight just to deface the city and turn around in the day to condemn RIWAMA.
The statement urged Kabari to concern himself with the crisis rocking the APC in the state rather than seeking cheap publicity elsewhere.