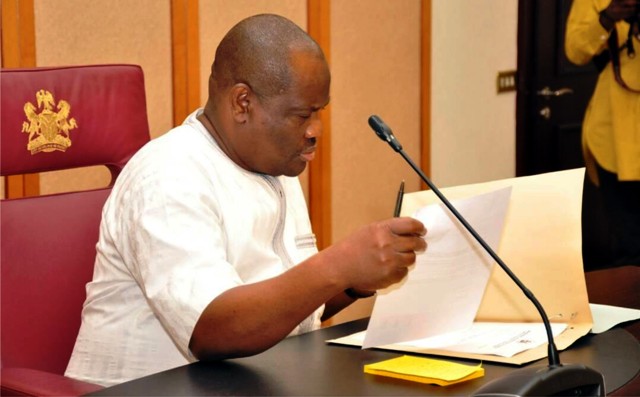 As ethnic groups in Rivers State and women continue to endorse the Governor of Rivers State, Chief Nyesom Wike for second term, opinion leaders and other residents in the state have commended the people “for speaking the truth and doing what is right”.
Speaking with The Tide last Thursday shortly after women in Rivers State called on the Governor to reconsider the people’s voice and re contest in 2019, a legal practitioner, Barrister Clifford Oparaodu said the experience of the past two to three years of leadership of Governor Wike was commendable and the people were happy, hence, the loudest request for his return in 2019.
Oparaodu who was one time caretaker committee chairman of the Port Harcourt City Council, said what the people of the state were witnessing was enough to ask Mr Project to return to the Bricks House in 2019.
He commended the people for reciprocating Wike’s good works, stating that the Peoples’ Democratic Party (PDP) and the people of the state are happy and have expressed their willingness to support him in 2019.
According to him,’’ what we are witnessing is about what to manifest in 2019, stressing that the people have promised not only to cast their votes for Wike and PDP but to protect their mandate in 2019’’.
Others who spoke to The Tide include market women, traders and other professionals who commended the Governor for his infrastructural development in the state, noting that the majority of the people were happy with him.
Some traders at Rumuwoji Market, Mrs. Celine Dike, Salome Nsiegbe and Mrs. Esther Loolo expressed happiness that the abandoned  market was being constructed, adding that this will make women more busy instead of selling  along the streets of the state capital.
They commended the Governor for his political will to award and commence construction on the market which has reached 40 per cent stage of completion.
According to them, “the rate which the contractor is going about the work at Rumuwoji Market, it may be completed by the end of the year as being promised”.
The Committee Chairman of Rumuwoji Market, Hon. Okechukwu Orlu expressed joy that Governor Wike had been able to live up to his words and promises, adding that this was amply reflected by the endorsement of various groups in the state including non-indigenes residing in the state, for the governor for second term.
According to him, majority of those who have endorsed Wike are not politicians, they are happy with PDP administration in the state. These are genuine expression’’.