Some bandits have invaded communities in three local government areas of Giwa, Igabi and Chikun in Kaduna State, killing 10 people, including a community leader, while injuring no fewer than four persons in the attacks.

The state Commissioner for Internal Security and Home Affairs, Mr. Samuel Aruwan, who confirmed the attack and counter-attacks, yesterday, was, however, silent on when the attack occurred.

Aruwan also disclosed that crisis was brewing between members of Borno community in the state and the Nigerian Army in Sabon Gari Local Government Area of the state, assuring that the state was in control of the situation.

According to the commissioner, security agencies have reported that bandits invaded Na’ikko Village in Giwa LGA, killing three residents of the area.

“The community volunteers engaged the bandits and in the ensuing gun duel, three residents were killed,” he said.

The commissioner gave the names of those killed as Alhaji Shafiu, Alhaji Balailu Sani and Abdulsamad Hussaini.

He added that in a reprisal attack, youths of Na’ikko Village attacked a nearby Fulani settlement, Rugan Abdulmuminu, and killed two persons whom they alleged to be involved in the earlier attack while identifying those killed as Abdulmuminu Agwai and Samaila Agwai.

Meanwhile, the commissioner said bandits killed a community leader, Dauda Adamu, at Ungwan Ayaba in Chikun LGA of the state.

“Bandits also invaded farmlands on the outskirts of Gigani Village, Kerawa, Igabi LGA and rustled about 14 bulls being used by farmers to plough the land,” he added.

The commissioner said that the Kaduna State Governor, Nasir El-Rufai, while receiving these reports, sent condolences to the families of all those who lost their lives in the attacks as well as prayed for the repose of their souls.

“The governor noted with deep concern the incidents in Na’ikko Village in Giwa LGA and appealed to residents to embrace recourse to law.

“He implored them to avoid killings and reprisal actions that would prove utterly detrimental to peace in the area, as government was working closely with security agencies and stakeholders.

“Governor El-Rufai assured farmers in the Giwa, Igabi, Birnin Gwari, Kajuru and Chikun LGAs of the government’s awareness of their plight, and that active steps are being taken towards ensuring that they would continue to pursue their livelihoods in safety,” he said.

He added that the governor also addressed reports received on brewing tension in Bomo community, Sabon Gari LGA, between residents and the Nigerian Army.

He said, “The governor appealed to members of the community to maintain calm, as the matter had been reported and steps were being taken in conjunction with His Royal Highness, the Emir of Zazzau, to address the situation.

“The Kaduna State Government has urged private schools operating in high-risk areas to adhere to the security advisories issued to them. This followed reports that some schools have continued to operate outside of the guidelines presented to them by the security agencies for the safety of their students and staff.

“The governor is also monitoring the developments in Kauru, Jema’a and Zangon Kataf LGAs, and working assiduously to enhance security and peace in the identified flash-points in these LGAs,” the commissioner added. 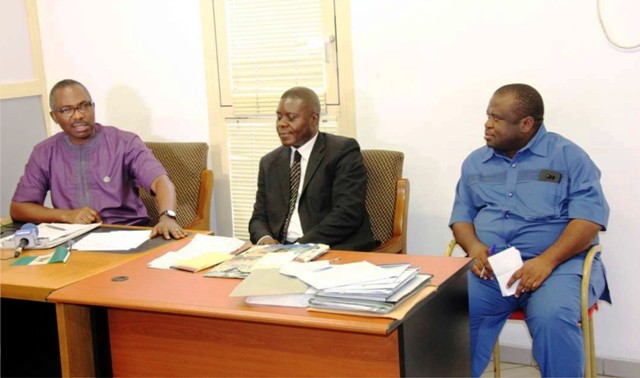 The Rivers State Government has called on the Federal Government to declare a state of emergency in the deeply failed portions of the East-West Road, especially the Akpajo-Eleme axis which has completely broken down and constituting death trap and huge embarrassment to Nigeria.
This call was made last Monday in Port Harcourt in a statement issued by the Rivers State Commissioner for Information and Communications, Barrister Emma Okah.
According to Okah, the East-West Road belongs to the Federal Government and the Akpajo-Eleme axis leads directly to critical economic infrastructure like the Oil and Gas Free Zone, Onne, Indorama Petrochemical and Fertilizer Companies, Port Harcourt Refinery, Eleme, Notore Fertiliser Company, among others.
“But sadly, while other federal roads in the country are receiving fair attention of the Federal Government, the East-West Road has remained neglected, abandoned and left to further deteriorate”, he lamented.
Okah further said that it was for the reason of acute dilapidation of the road that the Governor Nyesom Wike-led administration, together with some stakeholders, made huge contributions to stabilise the portion of the road with the expectation that the Federal Government will take a cue from there.
He regretted that “unfortunately, and as it has been our lot in this administration, the Federal Government neither appreciated these patriotic efforts and sacrifices of the state government and the other contributors nor repaired the road.
“The East-West Road has become a source of anguish to the people of Rivers State, and our lamentations have only fallen on deaf ears,” Okah said.
The commissioner noted that the deep decay of the road has resulted in huge loss of man-hour, accidents involving trucks and attendant loss of property and human lives which could have been avoided by repairing this axis of the road, hoping that this insensitivity on the part of the Federal Government of Nigeria will end soon.
“For the records, the East-West Road is the most economically strategic road in the Niger Delta region,” Okah reminded the Federal Government. 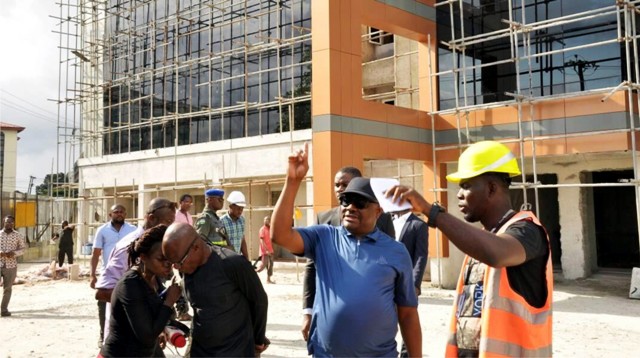 The Rivers State Deputy Governor, Dr. Ipalibo Harry Banigo has urged members of the National Peoples Democratic Party (PDP) Ex-Councillors Forum to mentor the youth as a way of curbing youth restiveness.
The deputy governor stated this during a meeting with members of the Degema Local Government Chapter of the National PDP Ex-Councillors Forum at the Government House in Port Harcourt.
According her, “Use your positions as ex councillors to mentor and put these young people under your tutelage, let them know they have a bright future and refrain from social vices like, pipeline vandalism, oil theft, kidnapping, armed robbery, rape, cultism and gangsteriseem”.
Banigo said politics is about serving the people selflessly, stressing that the Governor Nyesom Wike-led government was making concerted efforts in the face of scarce resources to deliver on its campaign promises to the Rivers people.
She said gone are the days when politicians come to make bogus promises to the people without fulfilling them, noting that in 2019, political parties seeking for positions must present their score card.
“Nigerians and indeed the Rivers people are wiser, votes will count in 2019, let all eligible voters arm themselves with their voter’s card, no amount of intimidation or federal might can thwart the will of the Rivers people”, Banigo said.
In their remarks, the forums Co-ordinator in DELGA, Hon. Victor Origbenba and Secretary, Hon. Ngo Bob-manuel promised to mentor the youth and mobilise the entire citizenry to support the Wike-led government.
Meanwhile, the Rivers State Deputy Governor, Dr. Ipalibo Harry Banigo says the Governor Nyesom Wike-led administration is poised to ensure that every Rivers child receives immunization.
In a statement from the Government House in Port Harcourt, Banigo said since inception, the present administration has continued to demonstrate leadership in the country, not only in polio eradication but primary health care in its entire ramification.
She said it was shameful that Nigeria was amongst polio endemic countries such as Pakistan and Afghanistan, stressing that the Rivers State Government was committed to ensure the success of the Sub-National Immunization Plus Days as well as Local Immunization Days campaigns.
“Immunization is the right of every child and we are poised to ensure that no matter how remote or hard to reach the location of a child is, the child’s right to free immunization is guaranteed in Rivers State. Our indices have shown a remarkable improvement in our routine immunization coverage”, Banigo noted.
The deputy governor, who is the chairman of the State Task Force on Immunization, said the next quarterly meeting of the task force will hold on October 9, at Government House as part of deliberate efforts to sustain the gains so far made and also plan for the forthcoming Sub-National Immunization Plus Days Campaign.
It would be recalled that the State Task Force on Immunization is the highest policy making body on immunization in the state and is headed by the deputy governors of the 36 states of the federation.