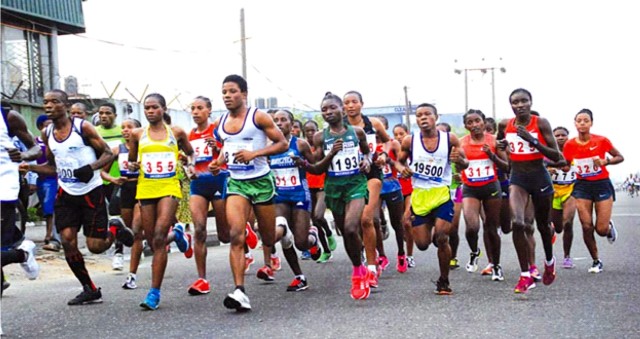 The Ondo State Government will reward hard working athletes in the state, Saka Yusuf-Ogunleye, the state’s Commissioner for Youth Development and Sports, assured yesterday in Akure.
He gave the assurance in Akure while receiving athletes who represented the state and excelled in various local and international competitions, including wrestling, volleyball, weightlifting, table tennis and football.
Yusuf-Ogunleye, who said arrangement had been concluded to give the athletes a state reception, called on them to intensify efforts to win more medals for the state.
“We are very happy with the performances recorded by our athletes in various sports. This has shown us that, with more incentives, we can conquer the world.
“The success recorded in wrestling, weightlifting, football, volleyball and table tennis did not come by accident but due to the available talents as well as encouragement from the state government.
“It is on this note that I congratulate all the winners,’’ he said.
The commissioner, however, noted that it was difficult for the state government to put in place much more financial motivation for the sportsmen and women due to paucity of funds.
He disclosed that there were workers in the Ondo State Football Agency who had not been paid their salaries for 12 months.
Yusuf-Ogunleye, who said the present administration in the state was on a rescue mission, assured athletes of better days ahead.
Earlier, the Director of Sports, Ondo State Sports Council, Martins Adeojo, said the present  administration in the state had  achieved a lot in less than a year, especially in sports development.
Adeojo, who presented the athletes to the commissioner, said the medals won for the country by the state indigenes was as a result of the unflinching support received from  Gov. Oluwarotimi Akeredolu.
He, however, called on the state government to do more in the area of financial encouragement and provision of facilities.
The Tide source reports that Odunayo Adekuoroye, Aminat Adeniyi, John Emmanuel, Bisola Makanjuola, and Samuel Bose had won gold and silver medals in wrestling for Nigeria.
They won them at the African Senior Championship in Morocco.
Adekunoroye also won a silver medal for Nigeria in the women’s competition at the World Wrestling Championship in Paris.
In weightlifting, Fatima Yakubu won three gold medals for Nigeria at the African Championship in Uganda.
Matty Taiwo won two gold and one bronze medals at the ITTF African Junior Tournament in Egypt.
The state also emerged third on the overall medals table, out of 35 states at the 2017 National Youth Games in Ilorin, with 12 gold,12 silver and 12 bronze medals.
NAN also reports that three players from the state are currently at the national volleyball camp in Abuja ahead of the African Championship in Egypt.
At the occasion, the management of Sunshine Stars FC of Akure presented the Fair Play Trophy the team won at the just-concluded 2017 Men’s AITEO Cup.