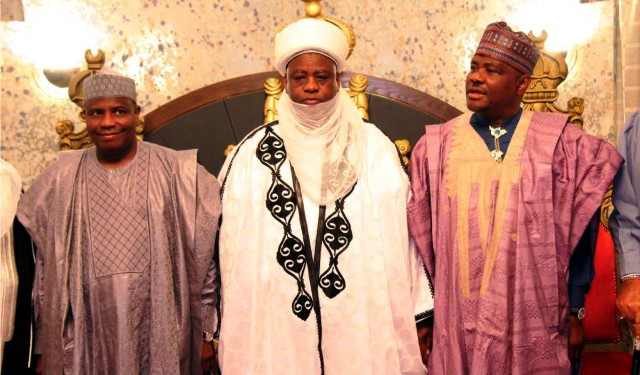 Exactly 57 years ago, the colonial rule of the Great Britain in Nigeria came to an end after years of struggle by some of our past heroes.
As always, today October 1, the country marks the anniversary of the great event.
But how has the country fared in these past 57 years? What can the citizens say about Nigeria at 57? Our Deputy Editor (Features), Calista Ezeaku sought answers to these questions from some Port Harcourt residents.
Excerpt:

Barr Emeka Onyeka: It is really good we are celebrating. It is really good we’ve come this far, but it is not yet an Eldorado. I think it calls for more of sober reflection than bonfire in the sense that it is really a good time for us to do a stock keeping, checking ourselves from 1960 till date, so far, how far? What have we done? What have we achieved? Are we making progress? Are we actually on a steady decline?
So for me, it’s neither here nor there.
Sincerely,  I don’t think this is a time to merry, given the present condition of the country. What really calls for rolling out of the drum is the happy mood of the people. When a greater number of the people are hungry, what are we rolling out the drum for? By doing so you will be irritating them. You will be angering them and if you don’t take time, the anger might translate to action. I think what we need to do is for us to check ourselves, look at our people, which is the primary responsibility of the leaders and know wether the leaders have actually been fair to the citizens.
There are so many things that we have not gotten right in the past 57 years. The first one is fairness. Sincerely, people are not treated fairly.  I believe strongly that people should be treated fairly. Our resources should be distributed fairly. You know that fairness is justice. Appointment of individuals or groups to government positions should be done fairly to reflect the true federalism that we claim to have in practice. A situation where you see people in leadership acting with some sectional colouration, does not augur well for the nation.
Going forward,  for me I think it is a wonderful opportunity that we are one. I strongly believe that we should remain one. Being one is of great advantage.The greater advantage is there when everybody is treated fairly.
What I recommend is this, irrespective of where the president or  even the governor comes from, he should see every citizen of the nation or his state as one and the same and treat them as their children.  When you start treating some of the children as outsiders, naturally, you can never be fair to them. The President and the Governors should treat their subjects better than they are doing at the moment.
The strike and agitations that have been going on in the country for sometime now are anger in action. They are anger demonstrated, animosity displayed. People are not happy for one thing or the other.
You see a situation where those at the federal level are spending money as if others simply escorted them to the nation,  without having any stake in the nation called Nigeria. I mean it is annoying! Every person feels so bad. The workers are not paid adequately, and those who are elected to serve us are taking all and at the end of the day, we are all going to the same market. So how do you think the workers will feel? Naturally they will feel bad. The resources are not fairly distributed. Naturally the people, especially those from whose areas the resources are being generated, will feel bad.
So as a person, I strongly support restructuring. True federalism is what will make people sit up.

Mr Monday Johnson – Driver:
What I can say about Nigeria at 57 is that things are not moving on well in the country.  There is bad leadership.  Just look at the roads we ply here in Rivers State,  they are bad . The  East/West road is very bad. There is hardship every where.
Our hope is that with the Independence day celebration, there should be some positive changes.
We will be very happy if they can fix the roads and make life better for us.  Government should invest  in the education sector and also the health sector so that the poor people will have reasons to rejoice.

Miss Mercy Kaneh- Young School Leaver:
Nigeria today is a very difficult place to live in. Cost of living is so high, business is not flurishing. I help my elder sister with her business and I know how hard it is for her to sell her goods and even make profit. Look at me, I’m supposed to be in a higher institution but because of economic  hardship I couldn’t go. So we want a change in this country.  I want better leadership that will make things easy for the people.

Mr Franklyn Obiene –  Public Servant/ Youth Leader:
There are many good reasons why we should celebrate Nigeria at 57. Because it is Nigeria’s birthday, because we are alive, because we are a united country, we should celebrate. But the growing insecurity in the country is a big concern. People are no longer free to move around because of fear of the police, militants or political party fanatics. In other parts of the country, we have the IPOB challenge, the boko haram and other agitating groups. All these create tension in the country and make people feel unsafe.
So let government think of measures to tackle the problem of insecurity and what is making people to agitate. Let our leaders lead us well and then the people will follow.
They said, they are fighting corruption abi? Let them do it without fear or favour. Any corrupt person, no matter how highly placed, should be fished out and brought to book. Let government at various levels empower the youth.  It is said that the future of any country is in the youth but I don’t see any attention being given to these future leaders.
Every administration that comes on board will tell you they will do this and that for the youth but at the end of the day, nothing is done. The situation still remains the same. Let them empower the youth, please.

Mr Salisu Musa – Businessman:
We thank God for keeping us alive to celebrate Nigeria at 57.  For me, l like as the country is now. The fighting has reduced. The tribalism issues are coming down. In Rivers State here, our roads are better. As Federal Government dey fight corruption, l like am. Government should create job opportunities for the people.
Many companies are laying off their staff, that  is not good. Government should build industries that will employ the jobless people. They should equip public hospitals.  Before now, they use to give us free drugs at the hospitals. Today, there is nothing like that anymore.

The country has come a long way. Struggling with challenges ranging from insurgency, militancy, Ebola, corruption and others.
A country where leaders have emerged with the sole motive of enriching their pockets and saving for their generations unborn. Being the most populous country in Africa coupled with the instigations from outside and within the continent, to mention but a few.
Regardless of these numerous challenges, Nigeria has remained integrated. Nigeria is a great country, I am proud to be a Nigerian. My advice to fellow Nigerians is to come together and let’s fight all appearances of corruption at all levels and make this country an envy to the rest of the world.

Diversifying The Economy: What Progress So Far?