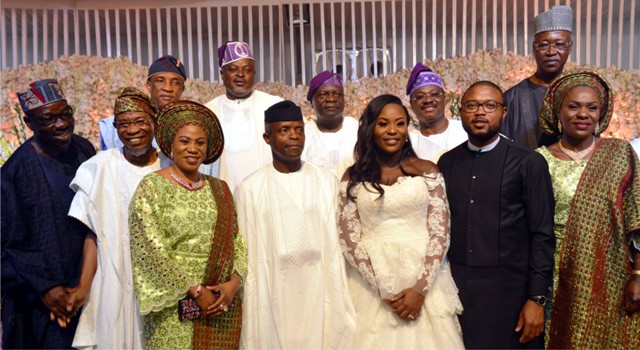 Adamawa
Country Director, United Nations Development Programme (UNDP), Mr Samuel Bwalya has urged Governors of the North-East to invest in youths’ enterpreneurial, vocational and skills acquisition programmes.
Bwalya, represented by Mr Mathew Alao, UNDP’s Conflict Prevention and Peace Building Analyst, made the call at the graduation ceremony of 179 Internally Displaced Persons (IDPs) last Tuesday in Yola.
The director said that investing in the youth was the only way to address some of the underlying causes of instability and youths restiveness in the region.
According to him UNDP, with the support of Norway, is focusing intervention on the root-causes of the crisis in the region.

Borno
The Bama Initiative for Human Development, an NGO, recently in Maiduguri staged a peaceful demonstration demanding the return of Internally Displaced Persons (IDPs) to their respective communities in Bama.
The group’s Chairman, Alhaji Muhammad Hassan, said that the IDPs would want to return and continue their normal activities in view of the prevailing peace in the state.
Hassan noted that about 70 per cent of the reconstruction and rehabilitation projects had been completed in the area, saying that they were tired of living as displaced persons.
“We are in Maiduguri for more than three years without meaningful means of livelihoods. The condition of our people is pathetic.

Ekiti
The Ekiti State Police Command said they had arrested five men for allegedly kidnapping a 67-year-old pharmacist, Mrs. Florence Popoola.
The Police Public Relations Officer (PPRO), SP Alberto Adeyemi  gave the names of  the  suspects in Ado Ekiti as: Ogunlayi Seun, 25; Adeusi Dare, 26; Bamgboye Damilola, 27; Adeoye Sunday, 30; and Ojo Tope, 32.
According to the PPRO, the suspects have confessed to the crime as well as gave details of their specific roles in the crime.
He said that the suspects abducted their victim 11 days ago at her residence in Ikere Ekiti, few minutes after she and her husband returned from a church service.
Adeyemi said the suspects took her away to an unknown location in her Nissan Sunny Car with number plate: AG 08 KR.

FCT
Former Minister of Sports and Youths Development, Prof. Taoheed Adedoja says the  December  elective National Convention of the Peoples Democratic Party (PDP) will be a massive test for the party’s democratic credentials.
According to Adedoja, the convention will give members the opportunity to see whether or not the party will continue to act with impunity and impose candidates on members.
The former minister said this in Abuja while speaking with newsmen about his desire to occupy the position of National Chairman of the party.
He said that the method that would be used to provide the outcome of the December convention would serve a political laboratory for testing the democratic credentials of the PDP.

Kebbi
The Kebbi State Police Command has arrested a 23-year-old herdsman, Umar Muhammad for allegedly beheading his friend in a dispute over a missing cow.
Its spokesman, Mr Suleiman Mustapha who confirmed the arrest alleged that Umar killed his friend, 22-year-old Mustapha Muhammad in an uncompleted building along Kalgo road in Kebbi.
“We have arrested the suspect; he is currently being investigated and will soon be charged to court,” he told newsmen last Tuesday.
A family source told journalists that the victim had invited the suspect, who was his friend, to help in the rearing of cows given to him by a relative.
“Mustapha wanted to concentrate on rearing goats given to him by the same man, and invited his friend, Umar, to tend the cows.

Kogi
The Court of Appeal, Abuja Division last Monday commenced a two-week special session in Lokoja for expeditious determination of over 209 pending appeals emanating from Kogi State.
President of the Court of Appeal,Justice Zainab Bulkachuwa, who disclosed this at the special inaugural session of the court in Lokoja, said the session would be handled by two regular and one Sharia panels.
“The two panels will sit over the 198 appeals consisting of 150 civil appeals and motions with 48 criminal appeals and motions and another panel of Justices will sit over the 11 Sharia Appeals,” she said.
Bulkachuwa said the team of judges was ready and capable of dealing with the cases expeditiously.

Kwara
Kwara State Governor, Abdulfatah Ahmed last Tuesday sworn-in another woman, Mrs Susan Dupe Oluwole as the state’s 20th Head of Service.
Swearing in the new Head of Service at the Government House, Ilorin, Ahmed charged her to introduce innovations that would not only move the service forward but create conditions for high performance by civil servants.
He tasked the new head of service to come up with new initiatives to ensure efficiency and enhance government’s capacity to meet the aspirations of the people.
Ahmed also tasked the new head of service to focus more on internally generated revenue and optimal resource utilization.

Lagos
A subsidiary of SIFAX Group and Operator of Terminal ‘C’ Tin’Can Island Port, Lagos, Ports & Cargo Handling Services Ltd. has improved the general cargo component of its services with a brand new vessel, ‘MV Maritime Challenger’, from Singapore.
According to a statement by the Group Managing Director, Sifax Group, Mr John Jenkins in Lagos, the brand new bulk carrier which made its first voyage to any port in the world from Singapore is owned and operated by the IMC Shipping, China.
“IMC Shipping China has major trading routes in the Asia-Pacific that serve markets in South America and Africa, focusing on major and minor bulk cargoes.
“The vessel, which has installed capacity of about 39,744 tonnes of cargoes, in its first call to Ports & Cargo Terminal, brought both major and minor bulk cargoes.

Niger
The Niger State chapter of the Association of Physically Challenged Persons has called on the state government to establish a commission to cater for people living with disabilities.
Malam Usman Kogo, Chairman of the state chapter of the Spinal Cord Injury Association, made the call in an interview with newsmen last Tuesday in Minna.ý
“We have made various submissions to the government on this request without success; the only thing government has done is to appoint 10 of our members as Special Assistants on disability matters.
“We do not have any problem with that; our only worry is that we do not feel the impact of our members that are special assistants to the governor.

Ogun
The Federal Road Safety Commission (FRSC)  said  last Tuesday that  it had constituted a task force to resolve the incessant gridlock  in the Apapa area of Lagos State.
The Ogun FRSC Public Education Officer (PEO), Florence Okpe, disclosed this in a statement she issued on Tuesday in Ijebu-Ode.
She  said the task force was set up to support the Lagos State Government’s effort in containing the Apapa traffic situation.
“In continuation of efforts to ameliorate the Apapa gridlock, the FRSC Ogun State Sector Commander, Corps Commander Clement Oladele,  met with expanded stakeholders at Ogere.
“In attendance were representatives of security operatives, the Hausa, Igbo and Yoruba community leaders and the Dangote Group.
“Others were the Petroleum and Tanker Drivers’ Union   of the National Union of Petroleum and Natural Gas Workers  and Independent Marketers and Road Transport Associations.

Oyo
Gunshots were fired  by unknown gunmen at the palace of the Olubadan of Ibadan, Oba Saliu Adetunji last Monday.
Reports that the incident occurred at the Popoyemoja palace of the traditional ruler where he was conducting the installation ceremony for some Mogajis and Baales.
Sources said  four  gunmen, who came in a black Toyota Sienna, arrived the palace at about 11:45 a.m. and fired several shots at some vehicles of visiting dignitaries.
A former Secretary to the Oyo State Government and Labour Party chieftain,  Sharafadeen Alli, and some journalists were among those who escaped death while the shooting lasted.
Alli’s car and several others were, however, riddled with bullets in the shooting  which was said to have lasted about 10 minutes.

Sokoto
The National Association of Nigerian Nurses and Midwives (NANNM), Sokoto State chapter has appealed to the Federal Government to intervene in the nationwide strike recently embarked upon by the association.
Chairman of the state chapter of the association, Abubakar Shehu  made the appeal in Sokoto while speaking with newsmen.
Shehu said: “Government should consider the matter as urgently as possible bearing in mind the pains and suffering of the citizen.
“The Federal Government should consider the pain people are going through in the country, sit down with the labour leaders and find a lasting solution to the strikes.
“Moreover, if you give everybody his or her deserved right, to me you have finished with that person and he or she will have no option than to continue to do their jobs.”
He further explained that initially, members had no intention of embarking on strike and that it was the situation on ground that informed  the action.