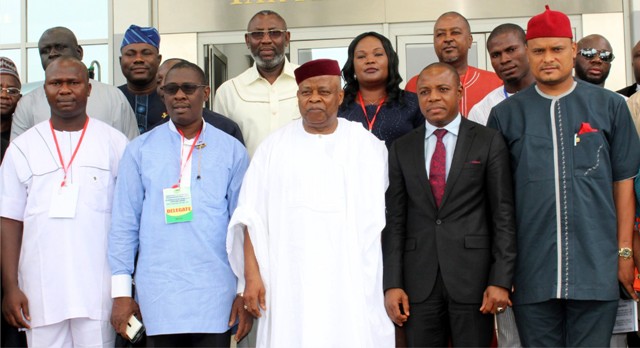 Unidentified gunmen suspected to be pirates, yesterday, hijacked a passenger boat along the Nembe-Brass waterways, Bayelsa State.
The incident occurred a few days after suspected pirates killed three passengers along the same axis, prompting some residents to endorse the proposed second phase of the Operation Crocodile Smile by the military to dislodge hoodlums in the creeks.
It was gathered that the boat was seized by the gunmen shortly after it discharged its occupants at the Brass jetty.
Sources said the hoodlums shot sporadically into the air before hijacking the boat.
It was learnt that the boat’s driver and his crewmen were later asked to disembark the boat by the gunmen.
The Bayelsa State Chapter Chairman of the Maritime Workers Union of Nigeria (MWUN), Mr Lloyd Sese, who confirmed the incident lamented the nefarious activities of sea robbers, saying, they were making life unbearable.
Sese said that the union urged authorities to come to the aid of commuters on the waterways, adding that the attack on boats had become a frequent affair.
Also, a youth leader from the area, Mr. Robert Desmond, condemned the increasing attacks on passengers travelling along the Nembe-Brass waterways.
He described it as senseless and inhuman and wondered why a group of Ijaw youth should be attacking their own people.
Desmond appealed to security agencies to protect lives and properties, saying that the Brass-Nembe people were in need of marine security.
He begged them to arrest the pirates, destroy their network and restore peace to the affected communities.
The Police Public Relations Officer, Mr. Asinim Butswat also confirmed the incident.
Butswat, a Deputy Superintendent of Police said that the command was intensifying efforts to check criminality  in the area.