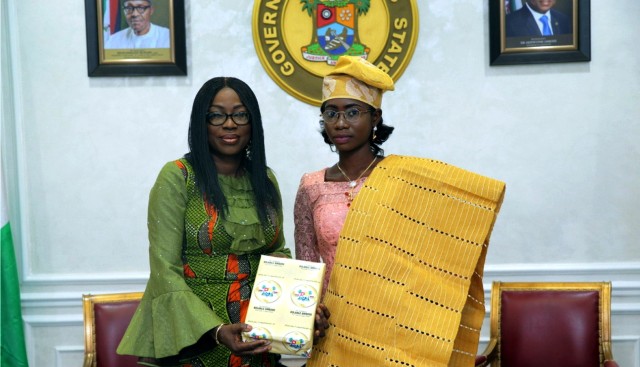 Adamawa
Governor  Mohammed Bindow of Adamawa State last Wednesday said his administration would inject more resources into the state civil service for efficient service delivery.
Bindow made this known at the swearing-in of two Permanent Secretaries in Yola, describing civil service as a veritable instrument for positive change.
He said that improving its standard would engender better service delivery in the state.
Bindow assured civil servants in the state of his commitment to improving their welfare in order to get the best from them.
While urging the newly sworn-in permanent secretaries to uphold their oath of office by being fair and just in the conduct of their duties, he said that their choice was based on merit.

Bauchi
The Bauchi State Agency for Control of HIV/AIDS, Tuberculosis, Leprosy and Malaria (BACATMA) has distributed 13 ultra modern Tuberculosis diagnostic machines to 13 local governments, its Executive Secretary, Mansur Dada, said last Thursday.
Dada told newsmen in Bauchi that each of the 13 local governments got one Gene-Xpert machine.
He said the machine was for quick diagnosis of tuberculosis samples within three hours, thereby reducing the burden of manual laboratory tests.
He added that the agency procured the machine to ensure fast and easy diagnosis and release of results so that patients could start treatment without delay.

Borno
The Police in Borno State last Wednesday said a top Boko Haram commander together with other members of the group had surrendered to the command in the state.
The Police Public Relations Officer (PPRO), DSP Victor Isuku, said in a statement issued in Maiduguri that the insurgents unconditionally surrendered to men of the command.
“The counter terrorism effort of the Nigerian military, code named “Operation Safe Corridor” recorded another victory with the unconditional surrender to the police by high profile repentant Boko Haram terrorists.
“On September 10, at about 21: 00 hours, the intelligence arm of the Special Anti Robbery Squad (SARS) of the command, were able to negotiate a peaceful surrender of repentant Boko Haram terrorists with their families.

FCT
The Ministry of Power, Works and Housing has signed a tripartite agreement of N120 billion with Nigeria Liquefied Natural Gas (NLNG) and Julius Berger Plc. for the construction of Bonny-Bodo road.
The Minister of Power, Works and Housing, Babatunde Fashola at the tripartite agreement and contract signing last Wednesday in Abuja said the project would revive and strengthen the nation’s economy.
The 34 kilometres road when completed would boost socio-economic development in the country and improve the lives of Nigerians in the Niger Delta region living on Bonny Island, Ogoni, Okrika, Eleme and Andoni.
Fashola emphasised that the project was in compliance with the Federal Government’s Economic Recovery and Growth Plan which had infrastructural provision as one of its pillars.

Kaduna
The Northern  States Governors and traditional rulers last Wednesday agreed to hold town hall meetings in all the 19 states in the region on restructuring of the country.
The decision followed a closed door meeting chaired by Governor Aminu Tambuwal of Sokoto State in Kaduna.
He told newsmen after the meeting that the inputs collated from across the region would be used as a working document by the technical committee on restructuring set up by the two bodies.
“We will also extensively engage all shades of opinion leaders in the North on what should be an  aggregate position of Northern region of Nigeria.”
He said that the technical committee was set up to come up with acceptable, and sustainable position of the Northern region in consonance with provisions of the 1999 Constitution.

Kano
The Kano State Government has awarded contract for the upgrading of Kano City ancient wall as part of plan to make the state capital a mega city.
The Permanent Secretary, Kano State Bureau for Land Management, Alhaji Muhammad Yusuf, said this while awarding the contract to Messrs Tamidan Nigeria Limited in Kano last Thursday.
Yusuf said the state government was determined to beautify and up-grade Kano to become a mega city.
He said the contract include grading and sand-filling of the space by the wall from Gadon-kaya gate to Kofar Na’isa gate.
The permanent secretary called on the residents of the state capital to cooperate with the contractor.

Kogi
Kogi State House of Assembly last Wednesday set up a seven-man committee to dialogue with the organised labour in the state in apparent bid to avert a looming industrial action.
The organised labour in Kogi State had earlier issued a one week ultimatum to the Kogi State Government to pay its workers their  full salary or risk a strike.
Reports that the action followed the adoption of a motion of Urgent Public Importance moved by Haruna Idoko Musa (APC-Idah)  at a plenary in Lokoja.
Musa had said that it would be disastrous for the workers go on strike “at this trying period” of the nation’s economy.

Kwara
The Kwara State Police Command says it has arrested the alleged abductor of a 17-month-old baby who  snatched the Hyundai car from the mother of the baby.
The Commissioner of Police in the state, Mr Lawan Ado, disclosed this while addressing journalists at the police headquarters in Ilorin last Wednesday.
He gave the registration number of the car as Lagos EPE 168 CF, saying that it belonged to one Mrs Omotoyosi Adewoye of Gaa Akanbi Area in Ilorin.
Ado said the suspect who attended same church; Living Faith Church, Offa Garage, with the owner of the car, requested for a ride, pretending to be going to same direction with her.

Lagos
Stakeholders in the aviation sector last Wednesday expressed divergent views over plans by the Federal Government to concession Murtala Muhammed International Airport, Lagos and Nnamdi Azikiwe International Airport, Abuja.
Reports say that Vice President Yemi Osinbajo had last Monday announced that the Federal Executive Council (FEC) had approved the concession of both airports to improve their efficiency and service delivery.
The Chairman of Air Peace , Mr Allen Onyema told newsmen that the decision was a step in the right direction.
“Government has no business in doing business and that is the truth. If the Federal Government now decides to concession the airports, that is the right thing to do”.

Niger
The Niger State Government says it has released N13 million for the medical treatment of Mr Dauda Mohammed, a former President of National Association of Nigerian Students (NANS).
The Senior Special Assistant, Media and Publicity to Governor Abubakar Bello of Niger State Mr Jide Oritunsin disclosed this to newsmen last Thursday in Minna.
Mohammed, who was NANS’ President from 2011 to 2012 needs an urgent medical treatment for liver cirrhosis in a recommended Indian hospital.
Reports indicate that NANS’ President, Mr Chinonso Obasi last Wednesday led a peaceful protest to the Niger Government House to demand for the immediate release of funds for Mohammed’s treatment.

Nasarawa
The Nasarawa State Commissioner for Education, Tijjani Ahmed, has urged proprietors of private schools to beef up security in their schools in order to protect their students and teachers.
The commissioner made this call last Thursday in a meeting with proprietors of private schools in Lafia.
According to him, the call became imperative, in view of the current kidnapping of students and teachers in other states of the federation.
He noted that the state government put in place the precautionary measures in order to safeguard the schools before any unpleasant thing could happen.
Ahmed explained that apart from the parameter fencing, the school management needed to beef up security and monitor human and vehicular movements in and out of the the schools.
“The management should put machinery in motion to ensure that anybody coming in or out of the school including the staff goes through a check.

Ogun
The German government says it has concluded plans to train 10,000 Nigerian youths in Ogun and Plateau States between September 2017 and June 2018  to enable them acquire  vocational skills.
Mr Horst Bauemfeind, an official of GIZ, the German National  Agency for International Cooperation, stated this in Abeokuta last Thursday at the inauguration of the committee for the monitoring of the initiative in Ogun.
Bauemfeind said that the project would provide demand-oriented vocational training for  young persons in the agriculture and construction sectors  considered to be two areas with high growth and employment potentials.
He further said that the gesture was part of an ongoing development cooperation between Nigeria and Germany based on bilateral agreement.
The German official,  who said that 5,000 youths would be trained in Ogun,  explained that his team had already embarked on an assessment tour of vocational centres and technical colleges in the state to identify possible gaps and areas of needs.