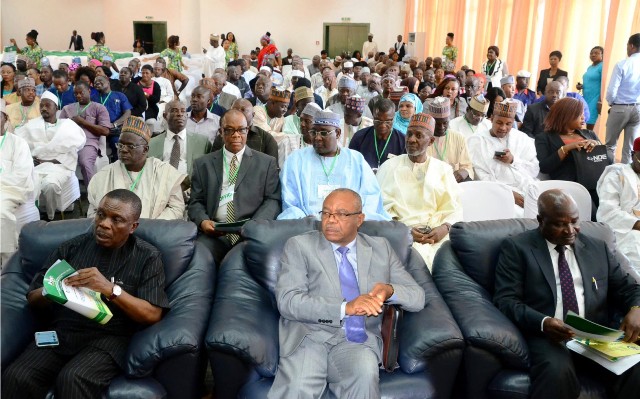 Bayelsa State Government say it created over 7,000 direct and indirect jobs within the past five years by releasing N1.88billion SME loans to entrepreneurs and cooperatives.
Deputy Governor of the state, retired Rear Admiral John Jonah, who represented Governor Seriake Dickson, announced this at the 2017 African SME EXPO with the theme; “Promoting SMEs for sustainable development and economic growth”.
The administration, according to Dickson, achieved the feat in partnership with the Bank of Industry and other relevant agencies to enhance the growth of SMEs with direct impact on the economic growth of the state.
Dickson said that in furtherance of the commitment to job-creation and empowerment of the teeming youths, the state was making efforts to partner with BoI for a N2 billion Medium, Small and Micro Enterprenuership loan.
He explained that in 2015, the government launched Izon Microfinance Bank to provide small businesses and serious minded entrepreneurs with access to capital.
“This is important for us because funding is crucial if people are to innovate and think outside the box.
“We have achieved so much since the commencement of the Microfinance Bank, especially because the bank has, with support provided by CBN and other funding partners, supported women groups and cooperatives in the state to venture on their own,” Dickson said.
Describing SMEs as panacea for the growth of the local economy, Dickson stressed the need for the promotion of locally made goods and simplify the registration process of businesses.
“We need to deliberate on strengthening the existing institutions as in the Bayelsa example, where it is law that one per cent of the annual state budget is released to the Bayelsa State Microfinance and Enterprises Development Agency for SME development yearly.
“We must simplify the registration processes for businesses and encourage their migration from the informal to the formal sector through regulation and proper monitoring.
“As leaders and opinion shapers, we need to encourage technology diffusion through value chain processes and establish priority sectors for local investment,” the governor said.
Dickson in his presentation, recommended tax incentives for priority sectors, describing it as means of boosting local production.
In addition, he advocated training and incentives for the utilisation of local production resources for SMEs that establish operations in certain designated areas.