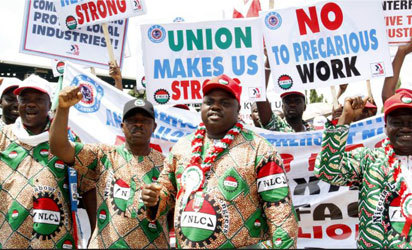 The ULC, United Labor Congress of Nigeria urged people to store food and necessities that could last them during the duration of the national strike which will definitely influence all the main sectors of the economy. The event took place in Lagos the day before.

Mr. Joe Ajaero, the head of ULC, talked to journalists after the general meeting. In particular, he was sorry for the possible consequences the strike would have on Nigerian people. Nevertheless, he believes that those actions would undoubtedly help to create a nation that is governed for the advantages of all Nigerians.

“We, hence, call on all real patriots to team up with us to make the Federal Government and state governors to be kind enough to meet up the demands of Nigerian masses,” announced the head of ULC.

Earlier, the body issued a two-week ultimatum to the Federal Government which ended on September 8, 2017.

Moreover, he grieved over that the Federal Government mainly failed to effectively address the critical issues, which were raised in the first ULC’s demands. As a result, ULC asked Nigerians to stock as many necessities and food as possible before the National strike starts.

The National Administrative Committee also demanded the Federal government to forbid the stationing of the Police and the Army and Police in factory premises. This measure can stop workers who can team up with the Army and other security agencies from setting up garrisons in companies for the reasons of harassing workers to deny them their privileges. Therefore, the NAC demanded that the Army must instantaneously withdraw all their garrisons in the various workplaces where they are presently located.

The strike committee also asked the government to repair all roads which lead to all Depots and petroleum refineries across the country. These measures will help to avoid the numerous people`s deaths, as well as the wastage of properties and products on these roads.