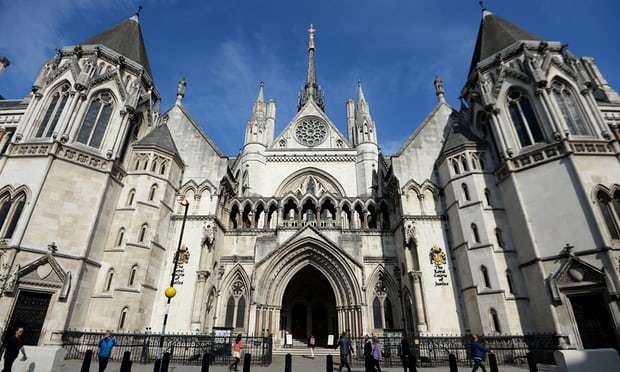 Joel and Teresa Abu kept a woman from Nigeria, Rashida Ajayi, in servitude at their home. The woman told she received just 300 pounds yearly. Rashida was held in domestic servitude for almost ten years.

The High Court in London, The Guardian reports, considers a case of willful labor exploitation.

The accused Teresa Abu works as a civil servant in policy support at the Department of Business, Energy, and Industrial Strategy. Her husband, Joel, disputed Rashida’s claims. However, after a high court hearing in London, Master Victoria McCloud has ruled in the victim’s favor.

In particular, the judge declared that Rashida Ajayi had not been allowed to receive a salary “sufficient to give her fundamental freedoms.”

In the written ruling, the judge McCloud stated that according to the overall picture of the case, the aggrieved party for a long time had been kept in economic servitude. “Her circumstances in the Abu`s home were oppressive slavery,” the judge wrote.

It is also still unknown whether the victim of domestic servitude will get any compensation.

Additionally, NAIJ Nigeria found out that the Nigerian woman had been working at the Abus’ household from 2005 to 2015 after they brought her to London from Nigeria. Rashida Ajayi also informed that she had almost no personal freedom and was just a female slave.

The Abus, in their turn, did not recognize the verdict and promised to appeal it. They stated that Rashida Ajayi was a member of their family. According to them, she had everything she wanted. That is why they did not pay her much money.

The Whole World Will Watch the New Election in Kenya

Some of the most beautiful horse racing tracks in the world!

A visit to a horse racing track is exhilarating, fun and also feels like an adventure. It is a great way to spend a day with your family. Horse racing is an ancient form of spectator sports. There are a lot of countries that have a tradition of horse racing, and there are many legendary horse racing tracks that are part of national lore. Some tracks are so beautiful that they almost attain mythic qualities. In this article, you will be learning about some of the world’s most beautiful racing tracks.

The seating capacity is twenty-six thousand strong, and the track infield also contains beautifully manicured trees and spots for a picnic and a mile-long dirt track. This track has held the Breeders’ Cup for nine times which is also a kind of a record. This park is quite significant also because it was here that the first use of electrical gadgets like finishing line cameras and also electronic timers got used for the first time.

This race course has almost two hundred years of history and has held a number of legendary races like the Grand National of 1928 where more than forty horses had initially participated, but only three could cross the finish line. The fences which bar the jumps over the water pits have a covering of over a hundred tons of wild spruce here.

Horse race tracks are beautiful venues and the ones mentioned in this article are some of the gorgeous places in the entire world. 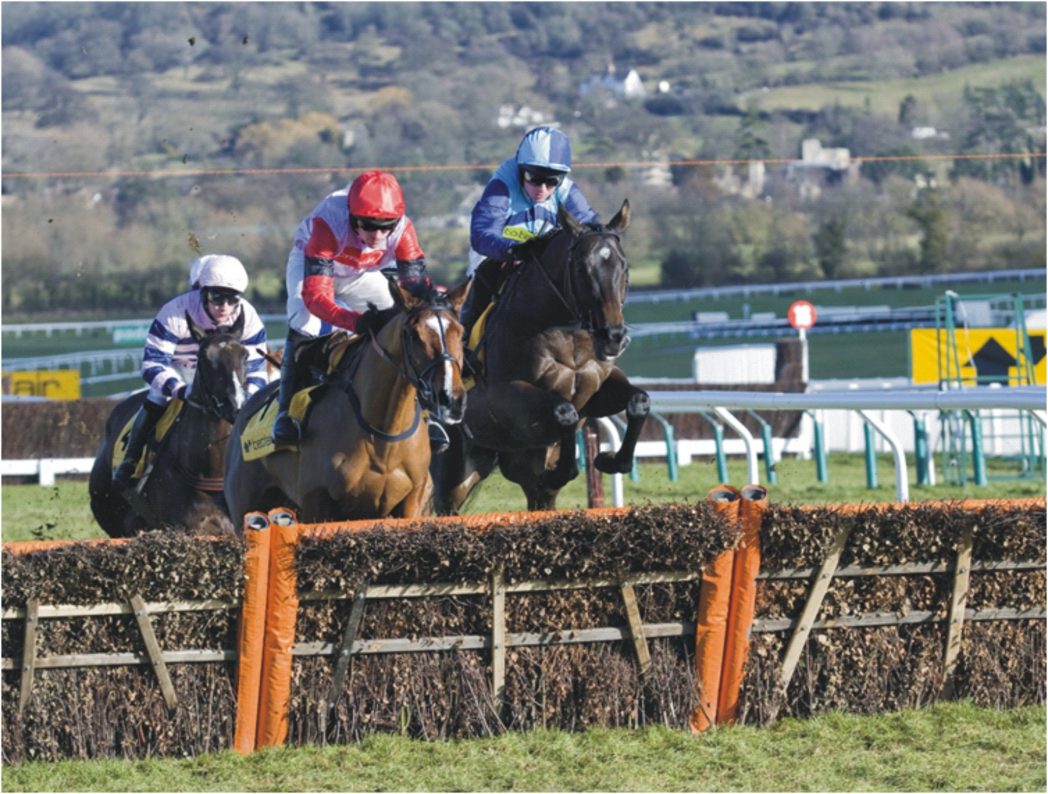 Cheltenham Festival 2019 is only weeks away and the meeting’s showpiece, the Gold Cup, is shaping up nicely to be the most competitive in years. Last year’s winner Native Winner isn’t the bookies’ favourite to make it back-to-back wins (a feat that last occurred in 2002-4 with Best Mate), with Presenting Percy the leader at this stage. So, without further ado, let’s take a look at this year’s leading contenders for the Cheltenham Gold Cup.

The Irish front-runner will be looking to make it a hattrick of wins at Cheltenham Festival, with a first in the Gold Cup the main agenda. However, should Presenting Percy not race at Fairyhouse, he’d become the first horse to ever be successful without turning out for any races this season. Owner Philip Reynolds and trainer Pat Kelly have denied there are any problems:

Continuing: “I’m not sure how many more opportunities Pat’s going to have to have a horse go to the Gold Cup. I certainly doubt I’m going to have many more. So, we just decided to be ultra, ultra-careful, that’s all. Nothing wrong with the horse.”

Trainer Paul Nicholls will be looking to make it a fifth success in the Gold Cup with this season’s most-improved chaser,Clan des Obeaux. An impressive win in the King George VI Chase at Ascot cemented his claims for a win in next month’s cup.

Who could forget Native River’s win in last year’s Gold Cup? Him and Might Bite were head and shoulders above the rest of the field and made for an epic encounter in the closing minutes. The equine flu outbreak ensured Native River was unable to complete his pre-competition training; however, he didn’t look too bad in the two run-outs at the end of last year.

The odds of Kemboycontinue to shorten and expect them to shorten further if Ruby Walsh decides to ride. The winner of his last four chases, Kemboyis in decent form and is one of Ireland’s best offerings (barring the favourite, of course). However, Willie Mullins is looking to break his Cheltenham hoodoo as runner-up on six occasions, and he’s certainly going big this year with no fewer than four horses in the race.

“There’s Al Boum Photo, Invitation Only, Kemboy and Bellshill — and I’ll probably run as many as I can. Those four can run there, anyway,” Mullins said.

‘It would be nice to win the Gold Cup and we have as good a chance this year as any. You can make cases for them all”.

Bellshill won the Irish Gold Cup earlier this month, beating favourite Road to Respect and shouldn’t be underestimated. This form has shortened his odds from the 20s and put the horse ahead of his Irish Gold Cup rival, while strengthening Willie Mullins’ strong hand of racers.

Last year’s runner-up, Might Bite has looked a shadow of his former self in the two runs this season, hence only featuring sixth with the bookies. Finishing last at the Chase at Haydock, he came up short in the King George VI Chase at Ascot. Trainer Nicky Henderson believes he can make a timely return to form – and maybe even go one better than 12 months ago.

A Non-Governmental Organisation (NGO), Association of Better Health Environment (ABHEN), Port Harcourt, has organised a rally across major markets and roads in Port Harcourt metropolis to raise awareness among residents on the need to stop the indiscriminate dumping of waste in the State. It also mobilised support for the “Keep Rivers Clean Project” awareness campaign of the State government.
Speaking at Creek Road Market, Coordinator of the group, Dr Emilia Amadi, advised traders to shun the habit of dumping refuse in drains and disposing waste around the market.
She explained that the sensitisation rally became imperative in order to promote a new culture among residents in which they are expected to imbibe the culture of cleanliness and embrace the use of government accredited waste managers for proper waste disposal.
She said Governor Nyesom Wike’s administration was in a hurry to make the state one among the cleanest states in Nigeria, and urged traders in the market to key into the initiative.
According to her, “ABHEN is carrying out this rally in collaboration with local government officials and the members of the civil society as well as International Women Organisation (IWO)”.
As she put it, “we want people to report defaulters to the appropriate government agencies so that legal action will be taken against them to serve as deterrent to would-be offenders”.
Amadi further disclosed that a sanitation taskforce had been created by the group to monitor indiscriminate dumping of waste and report same to appropriate government machinery for apprehension of offenders and prosecution. She urged the traders and road users to be law-abiding.
The group went through New Layout Market, Mile I, Mile III, Rumuomasi Market, Oil Mill Market and Okro Market at Iriebe among others, calling on the public to report waste managers who fail in their duties to the Rivers State Waste Management Agency (RIWAMA) for necessary action.
The group leader used the opportunity to commend the Rivers State Government’s (RSG) initiative of restoring Port Harcourt to its ‘garden-city ‘status. She admonished stakeholders to support the government in its quest to reposition the state to greater heights.
Dr Amadi enjoined the people of the State to queue behind Governor Wike to deliver democratic dividends by not destroying the governor’s plan to do the needful in making the State an envy of others especially in cleanliness which, she said, is next to godliness.
Meanwhile, traders at the various markets and motor-parks visited by the group, appealed to RIWAMA to ensure speedy evacuation of waste generated in the markets and parks by apprehending people who dump refuse indiscriminately.