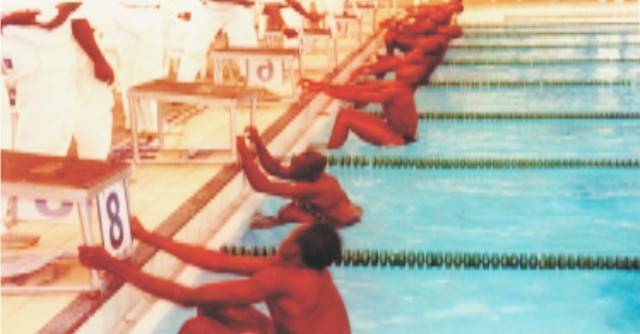 The Enugu Sports Club says, the club has embarked on the resuscitation of its Olympic-size swimming pool with a view to developing kid swimmers that would represent the country in competitions.
The Executive Chairman of the club, Mr Ben Etiaba, made this known in an interview with newsmen in Enugu, on Tuesday.
Etiaba told The Tidesports source that the club would start from raising budding young talents in swimming for national competitions, and then take it to the international level.
”I am refurbishing and about to resuscitate the swimming pool section.
“I believe in the next two to three weeks there would be a big party – children’s party – to mark the rejuvenation of the swimming pool section, with kids sort  playing a big role in what we’ll do.
“You go to All Nigerian Games, Commonwealth Games, Olympic Games, but you never get to hear of Nigerian swimmers doing well, not even nationally.
“So, I believe that with the Olympic-size swimming  pool that we offer at the club and with what we plan to do in the next two to three weeks, we should be able to finish the project, so that we’ll have kids in Enugu who would be able to compete at least nationally to begin with.’’
Tidesports source gathered that the club was founded in 1929 by sport elites in the former Eastern Region of the country.
He said that apart from being used for the training of swimmers and competitions, the Olympic-size swimming pool would also offer club members an atmosphere conducive for relaxation.
Etiaba, who is the 26th executive chairman of the club, added that, the refurbished swimming pool would be “grandly re-opened’’ on Sun, July 23 at the club’s complex in Enugu.
“We are inviting children, as well as budding and professional swimmers to come around during the grand re-opening ceremony,’’ he added.