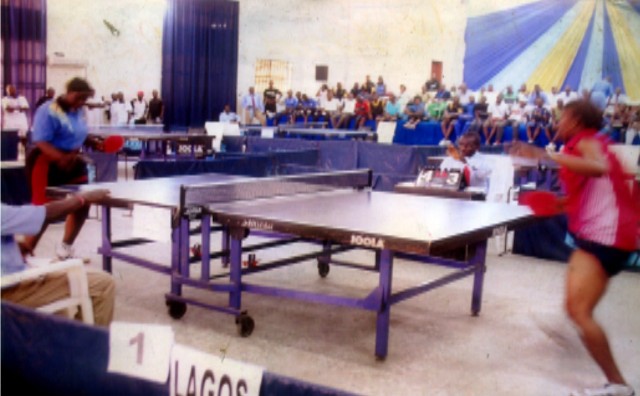 The Kwara State Government is to establish Golf and Table Tennis Academies to train youth to become top players and champions in national and international competitions.
The State Governor, Alhaji Abdulfatah Ahmed disclosed this  in Ilorin, while speaking with newsmen shortly after he performed the ceremonial tee off at the Kwara at 50 Open Golf Championship, holding at Ilorin Golf Course.
Governor Ahmed said the idea of establishing the two Academies in the state is still on course and promised that the idea would be taken to fruition level to support Kwara Football Academy.
He noted that the government is poised to making the Ilorin Golf Course a centre of attraction and destination for Golfers across the country.
The Governor maintained that the Course would continue to stand top among the comity of courses in Nigeria and West Africa sub-region.
Governor Ahmed encouraged Nigerians to develop interest in the game of Golf, saying that Golf is not an elitist game as being insinuated in some quarters.
Also speaking, the State Commissioner for Youth and Sports Development, Alhaji Bolakale Ayo said the government would not relent in encouraging sports development in the state, particularly at grassroots level.
Earlier in his remarks, the Captain of Ilorin Golf Course, Layi Maliki had disclosed that the Championship and the Ibadan Open Championship would serve as qualifiers for an international championship billed for Equatorial Guinea. Maliki posited that the competition is to be managed by Sluqfort Nigeria Ltd, Nigeria’s premier promoters,organisers and consultants on golf tournaments.  Maliki disclosed that the competition is sponsored by Bua Nigeria Ltd, a business outfit involved in farm produce such as Rice and Sugar Cane plantation in Lafiagi, Kwara.
Kunle Oyinloye, MD, Bank of Infrastructure, Sterling Bank Plc, Lanre Shittu Motors, Yolas Consultants, Chelfom Ltd, Pyramid Ltd, Harmony Holdings, Kwara Internal Revenue Service ICMA Professional Services and Duravil Engineering Ltd are some of the Co- sponsors of the event.