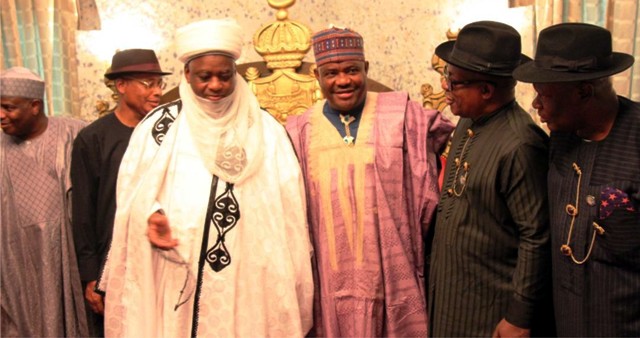 The recent dissolution of Rivers State Executive Council by Governor Nyesom Wike has been described as a normal administrative exercise designed to revitalise and reposition the machinery of governance for enhanced service delivery.
This was the view of the former Chief of Staff, Rivers State Government House, Chief Emeh Glory Emeh while fielding questions from journalists during the Election Thanksgiving Service in honour of Majority Whip of the Rivers State House of Assembly, Hon. Evans Bipi at St. Martin’s Anglican Church, Ogu, last Sunday.
Emeh said that the governor was versed in democratic governance, having been in government for some time, and should appreciate when to re-organise the operators for more efficient and effective delivery of his commitment to the people, urging the citizens not to read any extraneous motives to the well-thought out decision.
The political strategist and lawyer advised opposition politicians who lack sufficient information and knowledge of the rudiments of administration, to stop intruding into the official rights of the governor of the state.
Emeh maintained that, in the past two years, Wike has instilled a consciousness, promoted fresh commitment to the values of efficient performance and installed very dynamic mechanism for close monitoring and control in government business.
The former Commissioner for Transport under former Governor Peter Odili, described Wike as an articulate and coordinated manager of men and resources, and also prescribed solutions to problems within the framework of a more ideological perspective, with the conscious and supremely patriotic commitment to harness scarce resources to accelerate the development of the state.
Emeh called on the people of the state to disregard the baseless negative imputations to the dissolution of the executive council, and continue to give Wike maximum support.
Meanwhile, a former Chief of Staff, Government House, Port Harcourt, Chief Emeh Glory Emeh, has advised youth from Emohua Local Government Area of Rivers State to continue to give unalloyed support to the present administration in the state under the leadership of Governor Nyesom Wike.
Emeh, who was also a former Transport Commissioner in the government of Dr Peter Odili, was speaking when a youth group known as EMOLGA Vanguards for Good Governance paid him a courtesy visit at his Port Harcourt residence, last Saturday.
He told his visitors that Wike has done so well that he has redefined the criteria for entrusting leadership on any one, as ability to perform rather than those age-long primordial sentiments should be the determining factor.
The political strategist urged Rivers people to continue to show loyalty and support to the Golden Jubilee triple award-winning governor, describing Wike as “a leader we trust”.
Earlier, the leader of the delegation, Mr Kemka Amadi, had commended Chief Emeh Glory Emeh for returning to the Peoples Democratic Party (PDP), stressing that the decision was in the right direction.
Amadi also commended the governor for his development strides in the short period of two years in office, pledging the unwavering support of the youth, and the entire people of Emohua to the PDP and NEW Rivers Vision administration in the state.
In a related development, some members of the Peoples Democratic Party from Ward 4 in Emohua Local Government Area led by Kelechi Woha, last Monday, visited the Emohua-born political strategist in his Port Harcourt residence to brief him on current developments in the area, including the challenges facing them.
Responding, Chief Emeh Glory Emeh promised to liaise with other leaders in the ward to find solutions to the issues raised, assuring that the interest of all stakeholders would be protected and accommodated by the administration of Wike.
He urged them to continue to remain loyal to the PDP, and also support the policies and programmes of the state government.
Emeh also met with some politicians from the Ogoni ethnic nationality who visited him in Port Harcourt for some consultations.

Why We Endorse Wike For Second Term -Ogoni Leaders