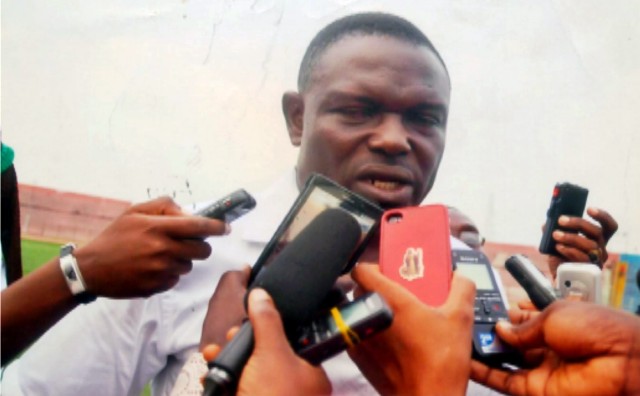 Technical Adviser of RiversUnited Football Club of Port Harcourt, Stanley Eguma, has said that his team’s 1-0 win against visiting 3SC was a keenly contested game.
Eguma who disclosed this in a post match press session held shortly after their victory at the Yakubu Gowon Stadium said that  both teams were very strong and 35C gave them (Rivers utd) a keenly contested game.
“I did not expect an  easy game. We had a very good first half but the second half was not quite as good”.
The most important thing was to get the three points but me have to improve in the area of scoring “goals”, Eguma said.
According to the media officer of the club, Sammy Wejinya, Shooting Stars Head Coach, Fatai Amoo did not attend the post – match press conference but his assistant Edith Agoye, who did in his place commended Rivers Utd for their victory.
“It was a very good game and both teams gave their all. Anyside could have won, as we both had chances”, Amoo said.
Meanwhile, the match saw Rivers United’s John Odumegwu make  his mark as he fired in a brilliant effort past the 3SC goal keeper, Charles Tambe, but his furious celebrations were rudely abbreviated as the ‘goal’ was chalked off for offside. The united team and particularly, Odumegwu did not let their heads drop and due reward was to arrive 19 minutes later when the attacker bundled home from two yards out 3SC content with adopting the safety first approach before them, had to predictably come out of their shells as the game improved. Ajani Ibrahim should have levelled matters for the Oluyole warriors but he saw his powerful drive from 12 yards beaten away impressively by the United goal keeper, Femi Thomas in the 35th minute.
The second half was never going to match the first in terms of excitement and sheer drama but Benard Ovoke, a man slowly but surely returning to form, cracked a 25 yard rocket which was flying into the top right hand corner but Tambe did well to divert the effort away for a corner with 19 minutes remaining.

A former Green Eagles player, Felix Owolabi, yesterday said Ahmed Musa’s decision to play for Kano Pillars has further endeared the Super Eagles Captain to him.
Owolabi, a former player of IICC Shooting Stars now known as Ibadan Shooting Stars, told Tidesports source that Musa’s move will further boost the Nigeria Professional Football League (NPFL).
The Super Eagles Captain will be playing for his former club, Kano Pillars, for the rest of the season after leaving the Saudi Arabia Pro League.
“This is highly commendable, now I have another reason to admire him, the truth is its not new, late Rashid Yekini did same, even Daniel Amokachi, and I think its admirable.
“Imagine what will happen at Liberty Stadium if Kano Pillars is playing with Shooting Stars, the crowd in the stadium will be massive.
“Imagine what that will do for our league, our league will be better for it.
“As a player regular playing time is very important, he understands that, I don’t see it as a sign of retrogression,” he said.
Tidesports source reports that Musa has been a free agent since his departure from Saudi Pro League side, Al Nassr, on October 25 2020. 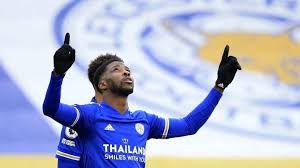 Wilfred Ndidi has noted that Leicester City and Nigeria team-mate, Kelechi Iheanacho, can continue to improve and put two years of criticism firmly behind him.
Iheanacho, 24, was overlooked by Nigeria for the 2019 Africa Cup of Nations finals after finding himself on the fringes at Leicester City.
In recent months though, his fortunes have started to change as he scored seven times in four appearances for the Foxes to be named March’s Premier League player of the month and also signed a new deal to keep him at the club until 2024.
“Kelechi’s talent was never in doubt, but as it is in life, people love to criticise others when they are down,” Ndidi told Tidesports source.
“He was unfairly criticised and judged by different people. This is someone I have known from our youth days at the under-17 and I know his quality, so it’s not a fluke that he is producing his best football again.
“I am very happy for him because he’s doing wonderfully well now and everyone can see.
“It’s just sad that when he needed encouragement in the past few years many were quick to write him off, but thankfully some of these people have now turned around to praise him. That’s life.”Among those who criticised the player was the Nigeria manager, Gernot Rohr, who publicly questioned Iheanacho’s commitment and professionalism to the national team back in 2019.
But the Franco-German has since made a U-turn, following Iheanacho’s man-of-the-match award against Manchester United in Leicester’s FA Cup quarter-final win last month.
He was rewarded with a rare start for Nigeria in last month’s final two rounds of qualifying for the 2021 Nations Cup against Benin and Lesotho.
“We have all been impressed by Kelechi and this is very positive for our team to have a player doing well in a top league,” Rohr revealed.
Last Saturday, Iheanacho was in Leicester’s starting line-up against his former club Manchester City to make it six consecutive starts for the first time in his club career.
Ndidi now hopes to see the 2013 Under-17 World Cup winner and two-time Caf Most Promising Talent of the Year winner kick on.
“He’s a happy guy and Kelechi is only now enjoying a deserving reward for his tireless hard work,” Ndidi added.
“When you get a rhythm of games and the support of your coach, teammates and fans it can only get better.
“This latest chapter is going to give him the belief and confidence that he is a really important player for his club and country.
“I know and hope that he will continue to deliver for us. I never doubted him and I know he will bring more goals and performance that will continue to elevate him.”
Iheanacho has made 118 appearances, scoring 32 goals and providing 17 assists, since moving to Leicester from Manchester City on a five-year contract in 2017.
At international level, he has scored nine goals in 30 appearances for Nigeria since making his senior debut against Swaziland in November 2015.
He starred as Nigeria won the 2013 Under-17 World Cup for a record fourth-time and emerged as the tournament’s outstanding player, being voted the Most Valuable Player.
He also scored six goals to secure the Silver Boot as the competition’s second-highest goal-scorer. 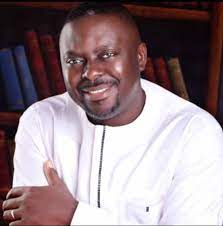 Chairman, Naija Ratels FC, Paul Edeh said, yesterday that the club’s presence at the National Sports Festival (NSF) in Benin was to support female football and grassroots sports development.
Naija Ratels FC is a Nigeria Women Football League (NWFL) Championship club-side.
Edeh, who was represented by Bankole Oloowokere, Coach of the Abuja-based female football team told Tidesports source that they were also in Benin on training tour and to impact the life of the girl-child.
The Naija Ratel FC chairman had earlier presented customised match balls to Edo and Lagos state female teams for emerging as the winners and runners-up in the just concluded festival’s football event.
“The reason why we are in Benin is simply to show our support for grassroots development especially for female football.
“I am amazed at the number of footballing talents we have seen in this festival and I know stakeholders are amazed at the level of female football development in the country.
“We decided to also show our support by presenting customised Naija Ratels match balls to the finalists of the female event.
“It was just to encourage them to continue to do sports especially football,” Edeh said.
Tidesports source reports that Edo state emerged champions of the female football event in the finals played at the University of Benin on Monday, while Team Lagos finished as runners-up.
The NSF which began on April 2 came to an end on Wednesday.