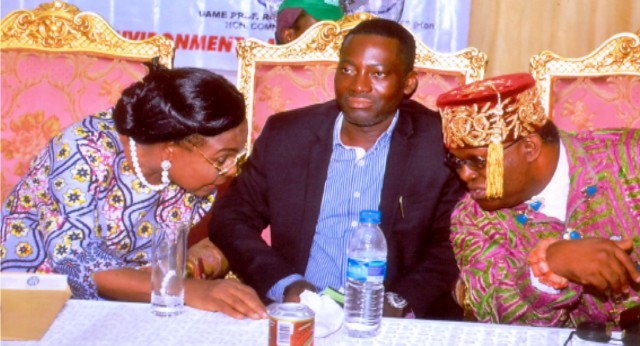 The Centre For Environment, Human Rights and Development (CEHRD) has said that the proposed 260 kilometre Calabar Super Highway project may lead to the extinction of the endemic double headed snake, known as Calabar ground python or Calabaria reinhardtii.
The centre which said this in a press release made available to The Tide in Port Harcourt said that the snake which was found only in Cross River State faces imminent extinction, if the project was allowed to go own without adequate safeguard on the environment.
According to the organization, “such projects should avoid biodiversity hot spots as it is presently conceived, while alternative routes are explored”.
It also urged the government to take stringent measures to protect and conserve existing biodiversity sanctuaries.
“Nationally, there is dire need to establish community based wildlife sanctuaries. Government needs to step up eco tourism policy and put the policy to practice, while funding research in that direction”, it said.
The release which was signed Dr. Kabari Sam, Head Environment and Conservation CEHRD also called on the citizenry and Governments at all levels to reflect on this year’s World Environment Day and take practical steps to prevent further loss of biodiversity and critical habitats and restore degraded ecosystem and redeemable species.
According to the group, the Niger Delta region where over fire decades of oil spills has left environmental and human rights abuses on the local population, requires intense efforts for environmental restoration.
The organisation also urged the government to begin the implementation of the United Nations Environment Programme (UNEP) Report on Ogoniland.
“CEHRD appreciates Government efforts at setting up the Hydrocarbon Pollution Remediation Project (HYPREP), a ground truthing investigation of the sites investigated by UNEP should be on-going.
“This is not only necessary to incorporate new spiles sites, but to ascertain the current status of the sites investigated by UNEP given the dynamic nature of the environment.
“A ground breaking exercise will indicate Government readiness to sincerely clean-up Ogoniland”, release said.