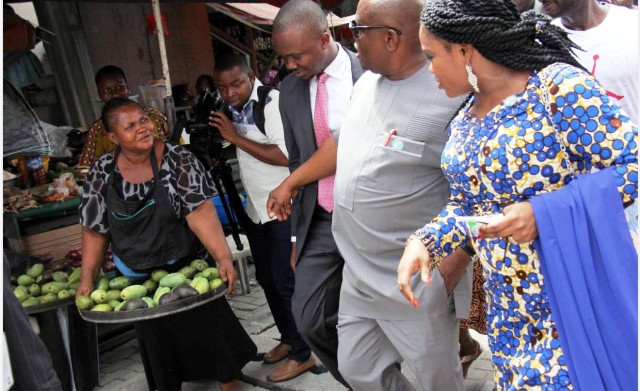 The Federal Executive Council (FEC) presided over by Acting President Yemi Osinbajo, has approved the establishment of a national office for trade negotiations.
The Minister of Industry, Trade and Investments, Dr Okechukwu Enelamah, said this while briefing State House correspondents at the end of the FEC meeting, Wednesday.
He said that the office would coordinate trade negotiations by Ministries, Departments and Agencies (MDAs) which were not properly done in the past.
“What we found was that this was happening in various ministries, departments and agencies with insufficient coordination and therefore, frequently, it had unintended consequences and costs for us.
“The cabinet decided that it is wise to establish a coordinating central office for trade negotiations, the Nigerian office for Trade Negotiations.
“It will be headed by a Chief Trade Negotiator of Ambassador rank that would then work with both the Economic Management Team and the cabinet.’’
The minister said that the office would assist in the coordination of the various trade discussions and negotiations.
He added that it would also be a proactive strategy for engaging discussions at the continental level of free trade area agreements and negotiations as well as guide in other trade agreements with strategic partners across the globe.
Enelamah said that the administration wanted to have trade remedies against dumping of substandard goods as well as other issues in line with global practices.
Also the Minister of Health, Prof. Isaac Adewole said that FEC approved a memorandum for the introduction of a new “Yellow Card’’ with advanced security features.
He said that the former card was prone to abuse through issuance by unauthourised persons to people not actually vaccinated.
“With this new card you cannot fake the yellow card; using a card reader; we can also document your vaccination status to know whether or not you have been genuinely vaccinated.
“As soon as we start the roll out, we will tell the Nigerian community the date of commencement; what to do with the one they have and when it will be phased out,’’ Adewole added.
Also the Transportation Minister, Mr Chibuike Amaechi, said the council approved two memoranda for the ministry.
“The Ministry of Transportation had two memos approved.
“One is that we commence negotiations after we have submitted the Outline Business Case (OBC) that was submitted by General Electric (GE).
“The transaction advisers would now commence negotiation with GE to conclude the concessioning of the narrow gauge which starts from Lagos to Kano, Funtua and Kauran Namoda as well as other areas.
“And then from Port Harcourt to Maiduguri, which includes Aba, Umuahia, Enugu, Makurdi, Jos, Bauchi, Gombe, up to Maiduguri.
“The next memo that was also approved has to do with the consultants that would supervise the construction of the Lagos–Ibadan railway.
“And when we award the Kano–Kaduna railway, the same consultants have also been approved.’’
Meanwhile, Information Minister Lai Mohammed, has described the reference to the portfolio of Osinbajo as coordinating President as a distraction.
“I think it is a needless controversy, just a distraction. The operative sentence is `in compliance with section 145 (1)’; any other word used is not relevant,’’ he said.

FRSC To Clampdown On Traffic Offenders In Rivers

The Federal Road Safety Corps (FRSC) has threatened to clampdown on all those that disregard road traffic rules, particularly those that make phone calls while driving  and one-way drive.
FRSC says that making phone calls while driving is a very serious offence, and that those that will be caught from now will be arrested and made to go for Psychological Examination.
The Rivers State Sector Commander of FRSC, Salisu Umaru, who made this known in a media interaction in Port Harcourt Monday, noted that the command was not happy with the way some people disobeyed  traffic signs and laws.
According to him, the sector is embarking on the ‘ember’ months enlightenment and enforcement campaign where all the machineries of FRSC will be fully mobilised to work.
“I don’t like the way some people drive in Rivers state. You see people driving one-way, not obeying traffic signs and laws, making phone calls while driving.
“ We want to stop these things in Rivers state. We will arrest and send offenders on psychology examination to ascertain why they do such things.
“ Psychological examination is not the same thing as Psychiatric examination. We are to do preventive enforcement on all Nigerian roads, whether federal or state.
“FRSC is not all about enforcement, but we do corrections.There are times we caution offenders without booking them, and that is official for us”, Umaru said. On why the FRSC made serious checks on vehicle plate numbers, the sector boss explained that the purpose was purely for security, to check criminal activities on vehicle procurement, and also those that used them for crime.
The FRSC sector boss also said that his corps were coming up with some help areas where people that have one problem or the other on the road could be attended to, with ambulance stationed there.
He said that the state government has been notified of the intentions, which according to him, was geared towards safety of lives on the road.

The Nigerian Maritime Administration and Safety Agency (NIMASA) and the Bureau of Public Service Reforms (BPSR) are currently in talks on how to implement transformational initiatives in the maritime sector.
Speaking in Abuja during a visit to the Bureau, NIMASA’s Director General, Dr Bashir Jamoh, emphasised the importance of efficient and effective public service to Nigeria’s economic prosperity, adding that the agency is committed to collaborate with the ongoing initiative.
Jamoh, who was represented by the agency’s Director, Reform Coordination and Strategic Management, Dr Kabir Murnai, said the partnership would be focused on reform initiatives and development research.
According to him, a sustainable relationship between the two Federal Government agencies was essential for capacity development.
He stated: “We are here to see how we can connect with BPSR in order to clearly understand and key into government’s specific priorities, while still pursuing the respective mandates and goals of NIMASA.
“We desire advisory and technical support services for change management teams, to engender an environment of learning within NIMASA”.
Similarly, Director of BPSR, Mr Dasuki Ibrahim Arabi, pledged the Bureau’s commitment to the collaborative agreement for the mutual benefit of the two agencies.

Amidst the controversies surrounding the new Company and Allied Matters Act (CAMA) 2020, the Lagos Chamber of Commerce and Industry (LCCI) is now pressing for urgent gazetting of the law, saying delay in gazzetting the law  is creating uncertainties in business decision.
Director General, LCCI, Dr Muda Yusuf, in a statement made available to The Tide yesterday, noted that the delay in gazetting the law is yet another example of how bureaucratic bottlenecks are allowed to impede economic progress.
It would be recalled that CAMA 2020 was assented to by President Muhammadu Buhari over a month ago, following which several groups alleged that certain sections of the new law were draconian and could precipitate unwholesome take-over of private entities by the government.
But Yusuf stated: “The legislation and the subsequent assent were widely applauded by the business community”, lamenting that six weeks after the legislation’s presidential assent, it is yet to be gazetted”.
He stated further that, “The implication of this is that the formal copy of the law is not yet available to the public and therefore the law cannot be operationalised. This is yet another example of how bureaucratic bottlenecks could impede the progress of an economy.
“Ordinarily, and in line with the ongoing digital revolution and the E- Government agenda of government, the law should have been uploaded on the Federal Government and National Assembly websites hours after the assent by the President.
“Being a major business legislation, the non-availability of the gazetted copy of CAMA 2020 has stalled many activities in the business environment. These are activities anchored on the new legislation.
“Additionally, the regulations that ought to be issued by the Corporate Affairs Commission on account of the new legislation have equally been stalled because there is no formal document to act upon.
“The situation has created enormous uncertainty in business decisions which require the legislative anchor of CAMA 2020 to progress. As it were, a legislative vacuum has been created. The CAMA 1990 has been repealed, CAMA 2020 is yet to be gazetted , six weeks after assent.
“It is important that the bureaucracy works in tandem with the new normal of leveraging technology so that the desired outcomes of reforms can be achieved, and expeditiously too.
“The implementation of the e-Government programmes should be accelerated to make the public service smarter, efficient and cost effective.
“Given the current wave of digital revolution sweeping across the public and private sectors, the role of the Federal Government Press in the dissemination of official legislations and other publications is at risk of diminishing relevance.
“It has become imperative for electronic copies of official publications to be promptly disseminated to the public to ensure swift activation and access to the benefits and values which such publications offer for the economy and the society”.