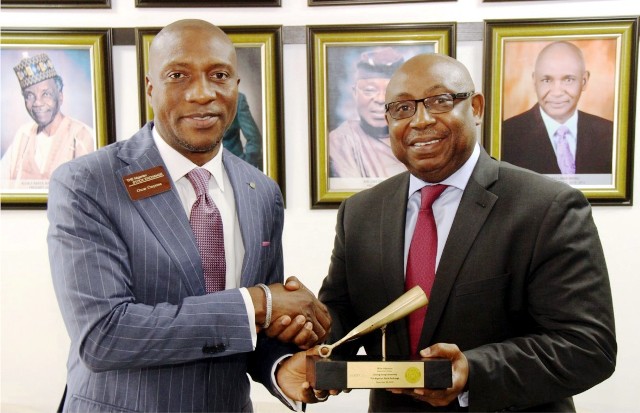 The Federal Government has promised to implement daring reforms that would revive and sustain economic growth and development in the country.
The Minister of Finance, Mrs Kemi Adeosun, made the promise in Abuja yesterday at the launch of the International Monetary Fund’s Regional Economic Outlook report on Sub-Saharan Africa.
According to IMF report, Nigeria’s real GDP is expected to grow at 0.8 per cent in 2017 and 1.9 per cent by 2018.
The reports further said inflation would remain elevated at 17.5 per cent and fiscal deficit to deteriorate to 5 per cent of GDP in 2017.
It also said GDP was projected to go from 19 per cent in 2016 to 20.1 per cent in 2017 and 20.4 per cent in 2018.
According to it, imports is expected to reduce from 13.8 per cent of GDP in 2017 to 12.4 per cent in 2018 and trade balance to improve by 1.5 per cent of GDP.
IMF, however, said the growth projection was hinged on adequate implementation of policy actions such as the Federal Government’s Economic Recovery and Growth Plan (ERGP).
Adeosun said that government was pursuing necessary reforms in areas of economic diversification, structural transformation, fiscal consolidation, public finance management and macro stability.
“Nigeria was one of the countries hardest hit by the commodity price decline.
“We have tried to mitigate these pressures through series of interventions, such as growing of the non-oil sector base through increased efficiency of tax and customs collections.
“We have also reduced cost of doing business, increased support for agriculture, infrastructure and manufacturing as well as reflating the economy through fiscal support to sub-nationals among several other measures.
“The security situation has improved considerably and investors’ confidence is on the increase. It is heartwarming to say that Nigeria will be out of recession soon,’’ she said.
Adeosun further said that the lessons derivable from the report was that, it was time sub-saharan countries take seriously the issue of exporting raw commodities with little or no value added.
She tasked all 45 sub-saharan countries to implement reforms that would boost local production, help create jobs and achieve sustainable growth.
Also, the Director, Monetary Policy Department, Central Bank of Nigeria, Mr Moses Tule, said a comprehensive and coordinated implementation of the Economic Recovery and Growth Plan were vital to the growth of the economy.
He, however advised against delayed policy response, uncoordinated implementation of ERGP and other economic reforms, in order not to hurt the growth projected for Nigeria in the Regional Economic Outlook report.
“Resolution of the Niger Delta crisis is expected to make headroom for higher oil exports, thus improving the fiscal space.
Also, the current forex reforms are expected to further improve, following improved terms of trade with higher oil exports and increased substitution with local production.
“The successful issuance of the last Eurobond is fast restoring confidence in our economy as evident in the recent Sovereign Bond Issuance offshore,’’ he said.
Also, the Director of the IMF’s African Department, Mr Abebe Selassie, said the delay in implementing much needed adjustment policies was responsible for creating uncertainty in economies.
He also said the overall weak outlook for the region partly reflected insufficient policy adjustment, holding back investments and generating risks, particularly in oil exporting countries like Angola and Nigeria.
Selassie, who cited the region’s modest growth recovery from 1.4 percent in 2016 to 2.6 percent in 2017, noted that this would barely put sub-Saharan Africa back on a path of rising per capita income.
“The uptick will be largely driven by one-off factor in the three largest countries; that is a recovery in oil production in Nigeria, higher public spending in Angola and fading of drought effects in South Africa.
“ But for other countries, the outlook remains shrouded in substantial uncertainties, including possible further appreciation of the U.S. dollar and tightening of global financing conditions, especially for countries where fundamentals have deteriorated.
“ On top of that, the outlook is further clouded by security issues that have contributed to an increase in food insecurity and even famine in parts of sub-Saharan Africa.
Selassie stressed the urgent need to ensure macroeconomic stability, complemented with structural reforms to support rebalancing and policies to strengthen social protection for the most vulnerable in the region.
He, however, reiterated that sub-Saharan Africa remained a region with tremendous potential for growth in the medium term, provided strong domestic policy measures were implemented.