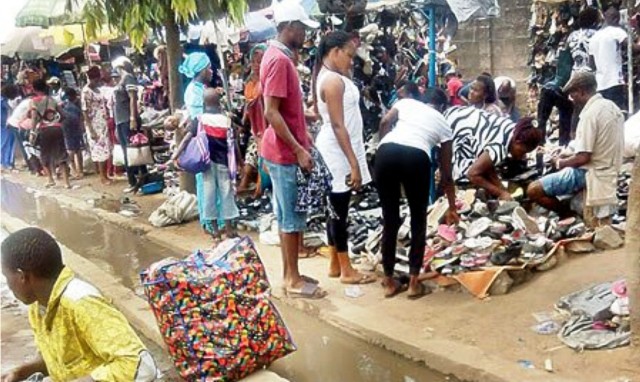 Ambode made the call at an Exhibition by Ministries, Departments and Agencies in the State’s Public Service as part of activities to celebrate Lagos at 50.

The governor, who was represented by his deputy, Dr Idiat Adebule, said the role of the public service in the development and achievements of the state in the last 50 years need to be celebrated.

“As we savour the joy of this occasion, we must not lose sight of the whole essence of this celebration, which is to acknowledge our past achievements and chart a new course for a greater and more prosperous state for the next 50 years.

“As the engine room of this administration, the state public service has a critical role to play in achieving the future that we all desire.

“I urge you to demonstrate great sense of commitment by keying into the vision of this administration to make Lagos State work for all,’’ Ambode said.

In her remarks, Mrs Olabowale Ademola, the Head of Service, said the public service was the instrument through which government implemented its socioeconomic and developmental policies in the last 50 years.

Ademola said the commitment and dedication of public servants contributed to the state’s economic development, wellbeing of citizens and many celebrated achievements of the state.

She said that the celebration of Lagos at 50 served as motivation to higher productivity in all the ministries, departments and agencies.

“Gov. Ambode recognised the fact that a state is as good as its public service, which was why today was set aside to celebrate the workforce.

“As we celebrate Lagos at 50, we pledge our dedication to our duties, such that in another 50 years, the next generation of public servants will have cause to celebrate 100 years anniversary of advancement and rapid development in the state,’’ she said.