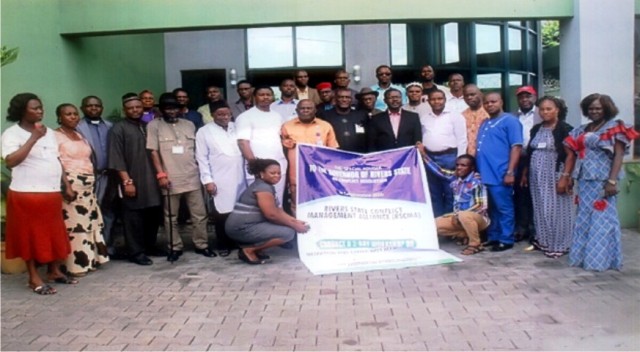 Bayelsa State Governor, Hon Seriake Dickson has approved the immediate release of N200 million to enable the state-owned Niger Delta University, (NDU), Amassoma secure accreditation for some of its programmes which include Mathematics, computer Science, Law, Chemistry and Education.
Represented by the Chief of Staff, Government House, Yenagoa, Rt Hon Talford Ongolo, the governor said the approval was made to upgrade the programmes at the university ahead of the visit of the accreditation teams tomorrow.
Governor Dickson, who ordered the release during a meeting with officials of the Academic Staff Union of Universities, (ASUU), NDU chapter, in Yenagoa, assured that, the government would do everything within its reach to ensure that NDU and other institutions do not suffer from accreditation related problems.
He expressed the government’s commitment to consolidating on the substantial  investments made in the education sector, particularly at the NDU, as evident in the recent award of contracts for the Senate building and other facilities for the institution.
His words: “From the information that was given to us, some programmes, particularly mathematics, computer, law, chemistry and education will need further accreditation.”
”Various accreditation teams will be visiting the NDU from the 6th of May, 2017. Earlier on, the governor had made an approval of N221 million. But in view of the fact that the accreditation is very urgent and dear to the government, he has directed that N200 million be released immediately.”
Responding, Chairman of the Academic Staff Union of Universities,  Dr. Stanley Ogoun, expressed gratitude to Governor Dickson for the approval, noting that the gesture would go a long way in improving the educational standards of the university.
While lauding the government for its foresight in setting up the NDU, Dr. Ogoun said the university has afforded Bayelsa students the opportunity to acquire higher education in their state.
Also speaking, the Deputy Vice Chancellor, Administration, NDU, Prof. Samuel Edoumiekumo said after the upcoming accreditation, the university is expected to be rated higher than its current 53rd position in the country.
He commended Governor Dickson for his administration’s passion in improving the education sector and reminded the government òf its promise to provide staff quarters, noting that the university had already sourced for foreign private developers for the execution of the project.