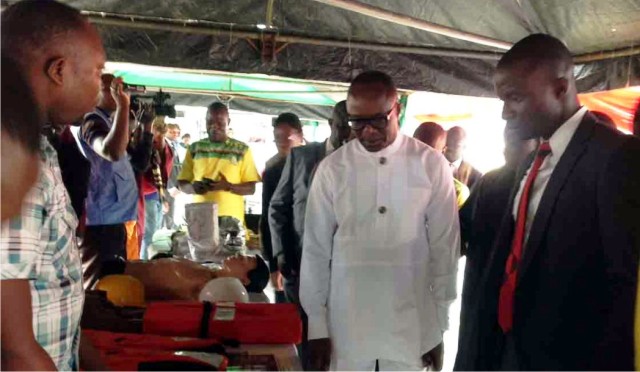 The Kano State Public Complaints and Anti-Corruption Commission said the ongoing probe of alleged ‘questionable expenditures and financial misappropriation’ in the Kano Emirate Council has no political motive.
The Chairman of the anti-graft agency, Mr Muhiyi Magaji, made the clarification in an interview with newsmen in Kano on Tuesday.
“The investigation is not in any way politically motivated but was aimed at getting to the root of the allegations,” Muhiyi said.
He said the decision by the commission to investigate the complaints or allegations was borne out of the need to ensure fairness.
The agency in carrying out the probe, is fulfilling its mandate as established by the law.
“I wonder why people are questioning the reason behind the investigation and at the same time trying to pre-empt what is being investigated,” Muhiyi said.
He said that no amount of pressure would deter the commission from carrying out its duties, not even from the state governor, Dr Abdullahi Ganduje.
“I will not succumb to any pressure not even from the governor, Dr Abdullahi Ganduje. I will discharge my duties without fear or favour because I know I will account for my actions in the hereafter.
“Until and until the allegations of the whistleblowers are established or otherwise, people should not pre-empt the investigation,” said Muhiyi.
He called on Nigerians to continue to support the commission in the current fight against corruption in the state and the country at large in order to deepen good governance.
The Emirate Council is expected to honour the invitation of the state anti-graft agency on May 2 to explain how the alleged N6 billion was expended.
Recall  that whistleblowers had written the commission over an alleged N6 billion expenditure incurred by the Emir of Kano, Mahammadu Sanusi II, since he ascended the throne in 2014.
“The commission is wading into the matter to establish whether or not Sections 120, 121 of the Constitution and Section 26 of the Public Complaints and Anti-Corruption Commission Law 2008 (as amended) of Kano State, dealing with public expenditure, had been complied with,’’ said the chairman.
However, reacting to the development, the Kano Emirate Council on Monday said it spent N4,314,476,542.94 since the revered first class traditional ruler assumed the throne.
The Walin Kano and the emirate council’s Finance Councillor, Alhaji Mahe Bashir Wali, told newsmen at the Emir’s Palace that the council had from June 8, 2014 to April 11, 2017, spent N4,314,476,542.94, and not N6 billion as alleged.
According to him, N1,893,378,927.38 was the exact amount inherited by the Sanusi II.
Giving the breakdown of the expenditures done during Sanusi’s three years in office, Wali said out of the N1.8 billion he inherited, N152,627,723.00 was paid to Dabo Gate Company for the procurement of furniture for the palace.
“This is because after the demise of the late emir, all his belongings, including the furniture were removed and distributed to his heirs in accordance with Islamic injunction. Therefore new furniture was purchased for Emir Sanusi,” Wali said.
The senior councillor added that the sum of N108 million was paid to the family of late Emir Ado Bayero by the council in respect of the late emir’s personal cars inherited by the present emir. The cars now belong to the emirate council.