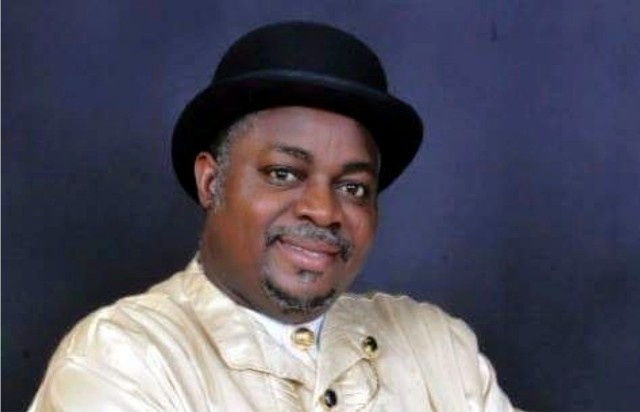 The Senator representing Rivers East Senatorial District, Senator George Sekibo, has insisted that the sum of $43 million found in Osborne building, Ikoyi, Lagos, belonged to the Rivers State Government.
Speaking through Order 43, on the floor of the Senate, yesterday, Sekibo, explained that the Rivers State Government had, for a long time, initiated whistle blowing policy with a view to recovering loots siphoned by immediate past administration of Chibuike Rotimi Amaechi, in the state.
He urged the Senate to intervene in the investigation, which was being carried out, insisting that they had blown whistle over missing huge sums of money of Rivers State Government before.
“Mr. President, distinguished colleagues, I rise through Order 43, to remind the Chambers over circumstances surrounding the $43million in Osborne building in Lagos,” Sekibo said.
He expressed concern over the politicization of the money, adding that he was sure of Rivers State ownership, if diligent investigation was carried out.
In his ruling, Deputy Senate President, Ike Ekweremadu, said the House of Representatives, has commenced investigation, noting that they should be allowed to conclude the exercise.
“I do know that the House of Representatives has commenced investigation, so, we should allow them to conclude with a report, so that we can take it up from there,” Ekweremadu maintained.
Also speaking, Senator Dino Melaye stressed the need for improvement in the welfare of Nigerian workers.
He equally accused governors of not using bailout and the Paris Club refund to pay salaries, and singled out his home state, Kogi, for owing 15 months workers’ salary.
Melaye advised President Muhammadu Buhari to stop the allocation of the 2nd Tranche of Paris Club Refund to states which are owing workers’ salaries.
Supporting him, Senator Paulker said that workers’ should be given their due entitlements and there should be an improvement in the workers’ welfare.
Moreover, the Senate Leader, Ahmed Lawan, congratulated Nigerian workers’ on the occasion of 2017 Workers’ Day.
He adds that Nigerians should ask about what happened to bailout fund 1 & 11 as well as Paris Club Refund, and urged state legislators to be up and doing in oversight functions.
Senator Abdullahi Gumel, Albert Bassey, Chukwuka Utazi and Ibrahim Gobir congratulated Nigerian workers and lend their voice in support of workers’ incentives.
Utazi said that executives need to take the welfare of workers’ very important and urges governors to come to Enugu State and learn.
Reacting to his colleagues’ comments, DSP Ike Ekweremadu said, “Congratulations to the workers’, I believe we can do more for them on productivity and security of life is a major focus”.
He added that government need to ensure the prompt payment of gratuities and pensions upon retirement.
Again, he said, “The review of minimum wage should be of priority”.
Ekweremadu spoke on fiscal federalism that will ensure that states can sustain themselves unlike the current situations where they take handouts monthly.
After the presentation of bills and interpretations, the Senate adjourned plenary to Tuesday, 2nd  May, 2017.