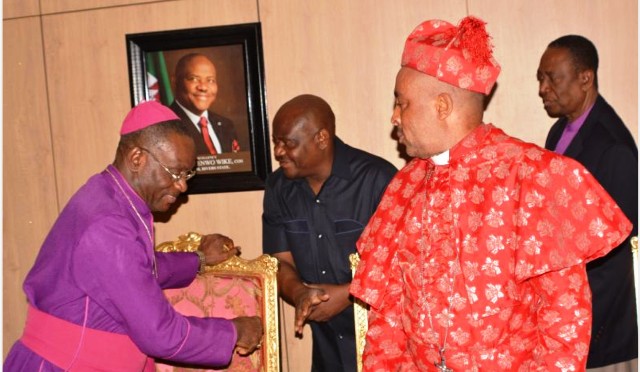 The Vice President, Prof Yemi Osinbajo, yesterday, urged Nigerians to show love to one another irrespective of their tribes and religion.
Osinbajo made the call during an interview with reporters shortly after the Easter Service held at the Aso Villa Chapel, Abuja.
He said, “It is a message of love of Jesus Christ to all mankind. For God so loved the world that he gave his only begotten son that whosoever that believeth in him should not perish but have everlasting life.
“It is a message for love for all. There is no tribe, no religion; regardless of faith, Jesus loves us. This is how we should relate with ourselves. It is a pure love and I think that is what everyone should bear in mind at this time.”
Earlier in his sermon titled “Revelations on the Resurrection of Jesus Christ,” which he delivered during the service, Osinbajo said the reason for the season was demonstrated by the two thieves who were nailed on the cross with jesus Christ.
According to him, the sins of the thief who was on the right hand of Christ were forgiven because he told Jesus to remember him in his kingdom.
“Jesus before now had shown that he came to stand with criminals, sinners. For instance, John 8:3 proved to us that Jesus intervened in the case of a woman who committed adultery; in Luke 19:5, Jesus was seeing with Zacchaeus, a corrupt man. So Jesus had a characteristics of being around criminals.
“He said I have come for these people. Between the criminals was Jesus Christ; one repenting and the other mocking. Spiritually, Jesus stood between hell and heaven. His cross is a cross of mediation; he is an intercessor. All that is required is to believe in him; acceptance of his commitment he made on the cross,” he said.
Osinbajo, who stressed that Jesus paid the price for the sin of man, said based on Revelation 1:18, his death and resurrection signified that Christ had already had the keys of hell and death in his possession.
The Special Adviser to the President on Media and Publicity, Mr. Femi Adesina; and Special Assistant to the President on National Assembly Matters (Senate), Senator Ita Enang, were among other worshippers in the church.
Similarly, the Christian Association of Nigeria, has given assurance that the power of resurrection of Jesus Christ will end the menace of corruption and stabilise the economy out of recession.
The organisation also prayed to God to put an end to the economic hardship as He rolls away the stone from the tomb of Jesus Christ, saying only God could heal the country and bail her out of recession.
The President of CAN, Dr. Samson Ayokunle, stated these in Abuja, yesteray, in his Easter message to Nigerians.
He said, “I wish all Nigerians a happy Easter in the name of Jesus Christ our Lord. It is a season of hope, joy and restoration. The Lord that rolled away the stone from the mouth of the tomb to put the enemy to shame will roll away all causes of economic hardship from our nation in the name of Jesus.
“Corruption will be a thing of the past. As earthquake came to help in removing all hindrances to the resurrection of Christ for a glorious dawn to emerge, the God of heaven will divinely intervene to bail our nation out of economic downturn in the name of Jesus.”
Ayokunle also recalled the agony of the disciples of Jesus Christ over his death and how their sadness turned into joy on the resurrection morning.
He expressed optimism that the future of the country would be characterised by abundance, joy and celebrations.
“As the resurrection morning brought a day of joy and laughter back to the disciples, the future years shall be full of abundance in Nigeria and bring back our joy and celebration in our streets in the name of Jesus. May our challenges of today become our ladders to our testimonies tomorrow in the name of Jesus. It is well with you, our leaders at all levels of government and our nation in the name of Jesus Christ”, the CAN president stressed.