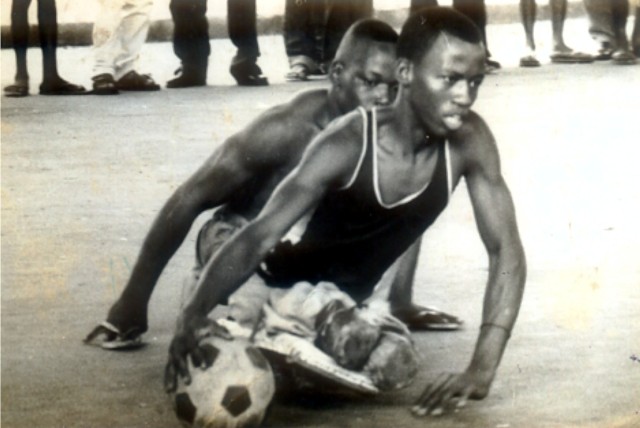 Katsina state’s para-soccer team on Saturday in Abuja thrashed their Kebbi counterparts 6-0 in the third match of the ongoing 2017 National Para-Soccer League.
The Tidesports reports that the second edition of the National Para-Soccer League which started on Thursday is expected to end on April 18.
In the match played at the Old Parade Ground, Yau Rufai of Katsina State scored the first goal in the fifth minute.
Sani Gimbia doubled the tally seven minutes later, and he went on to also score the third goal of the game in the 16th minute.0
Rufai scored their fourth goal in the 18th minute.
Kebbi players struggled to keep up with the pace, but they could not convert their chances of scoring as the first half wore to an end.
On resumption of the second half, Kebbi players continued from where they stopped in the first half as they pinned their opponents to their half.
Umar Idris went on to score the fifth goal for Katsina State in the 39th minute, while Idris also registered his second goal in the 49th minute to take the match beyond their opponents.
The Kebbi team fought harder thereafter, but they could not convert their chances as the encounter wore on to end 6-0 .
After the match, coach Umar Lawal of Katsina State said it was delightful for him and his team to win the second match.
“I am happy that we won. It was a tough game and I thank God we won our second match.
“We will work hard to win our next match with Katsina. We are here to lift up the trophy,” he said.
The coach of Kebbi , Umar Shekare, on his part, said he was disappointed with his team’s loss.
‘’This is the second game we are losing, I’m not impressed with my team’s performance. We will work hard to win our next match.
“In every match of football, there is always a winner and a loser. So, the god of soccer was not on our side,” he said.
In the first match of the day at the competition, Plateau beat Team Zamfara 3-2, while in the second match Team Kaduna drew goalless with Team Nassarawa 0-0.
In the day’s last match, Team Kano defeated Team Yobe 2-1.
Tidesports reports that nine teams are taking part in the second edition of the National Para-Soccer League.
The participating teams are those of Kano, Osun, Nasarawa,  Zamfara, Katsina, Kebbi, Kaduna, Plateau  and Yobe.