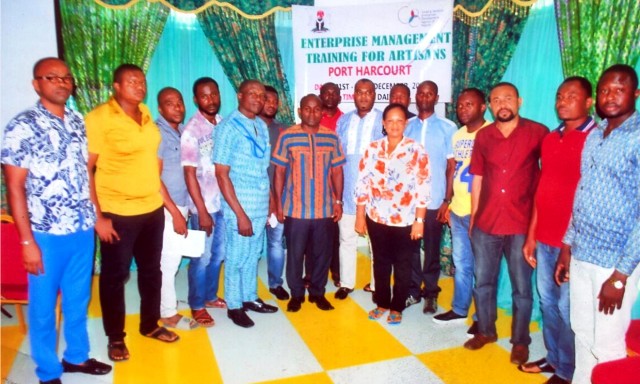 Labour unions in the aviation sector yesterday shut down Arik Air operations, vowing to continue the action until the airline agreed to implement the agreement reached by the two parties in December.
The unions involved in the action are: National Union of Air Transport Employees (NUATE), Air Transport Services Senior Staff Association of Nigeria (ATSSSAN) and National Association of Aircraft Pilots and Engineers (NAAPE).
The Asset Management Corporation of Nigeria (AMCON)  had, on Feb. 9, taken over the airline.
The takeover was as a result of the airline’s huge indebtedness to the company and other creditors, both local and foreign.
AMCON had, thereafter, appointed Capt. Roy Ilegbodu, as manager of the airline, under the receivership of Mr Oluseye Opasanya,(SAN).
NUATE’s General Secretary, Mr Olayinka Abioye, told the News Agency of Nigeria (NAN)  that all the airline’s operations in the country would remain disrupted as long as it takes, for Arik’s several breaches.
“You will recall that late last year, there was an industrial action against Arik, and the Federal Government intervened through the Nigerian Civil Aviation Authority (NCAA).
“Certain agreements were extracted from the NCAA meeting, and we were hoping that the management of Arik would be responsible enough to implement those agreements.
“But unfortunately, as we speak, none of the agreements has been implemented.
“One of the agreements is the payment of staff salaries; but as we speak, Arik is indebted to their workers more than seven months salaries.
“The airline is also indebted in several taxes for several months, and pension contributions for years..
“To worsen it, our agencies such as NAMA, NCAA, NIMET, FAAN and other service providers, are being owed huge sums of money.
“This is also impacting negatively on the capability of those agencies, and which in turn affect the staff welfare in those places who we represent as unions,” he said.
Abioye said these were issues that had brought the unions to the door of the airline.
According to him, Arik cannot be under a receivership and refuse to dialogue with the people the former management is indebted to.
He said the unions had taken over the airline’s operations and would do so until it was ready to pay its debt.
Abioye said the airline would not have access to the local and international terminals and the ticket counters at the airports.
“We all know that FAAN operates the General Aviation Terminal (GAT) where Arik operates from, and we have just taken over the place.
“We are going to continue with this picketing as long as the airline, under this present management, is ready to implement our agreement.
“This morning, the unions have addressed intending passengers that came to the airport to catch up their flight, and they have understanding with us.
“We have apologised to the concerned passengers for the inconvenience the airline has put them through.
“We are hoping that they will also be magnanimous to look for other airlines to fly,” he said.
Similarly, ATSSSAN’s General Secretary, Mr Micheal Agamah, urged AMCON to replace the current receivership manager before any meaningful dialogue with the airline’s management could take place.
“With his intolerance to unionism which he has displayed so far, if we allow him to still stay in office, who will implement the resolution of the dialogue we had with the previous management?
“Apart from fighting for the interest of the workers, we are ready to protect the right of workers, which the Constitution, under Section 40, guarantees — freedom of association,” he said.
Reacting to the development, Arik Air, in a statement signed by its media consultant, Mr Simon Tumba, said the picketing was illegal because its motive was unclear to the management.
“It is a well-known fact that Arik is under Receivership, following various challenges experienced over the last few years.
“These include delays and cancellations of flights, delays in payment of salaries and huge debts to trade creditors and suppliers, bad corporate governance and a host of others.’’
He said that since AMCON took over the airline, salaries were being paid, including backlogs and on time performance had improved from 15 per cent to average of 80 per cent.
Tumba said fuel suppliers that had hitherto quit doing business with Arik were happily doing business with the airline.
“For the record, the management had engaged with its staff, and is convinced that there is no reason to picket our airline, which is facing challenging times.
“The focus of the Arik Air management is to stabilise the operations of the airline and enhance its ability to play a positive role in Nigeria’s aviation industry.
“Therefore, the management of the airline advises the unions to steer clear from undermining the operations of Arik Air.
“Management would take every legal measure at its disposal, to stop any illegal interference with its operations,” he said.