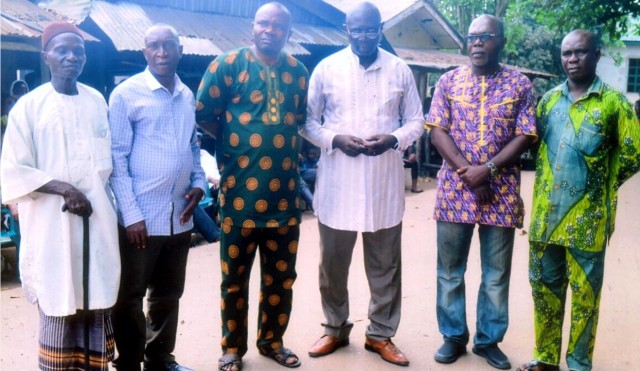 The Senate, yesterday, decided to investigate the allegation that an armoured Range Rover car said to worth N298m and seized by the Nigeria Customs Service belongs to the President of the Senate, Senator Bukola Saraki.
The move was based on a point of order raised by former Majority Leader of the Senate, Senator Ali Ndume, who also called on the upper chamber of the National Assembly to investigate the certificate scandal involving Senator Dino Melaye.
An online news portal, Sahara Reporters, which made the allegation in a report published on March 18, 2017, said the seizure of the Sports Utility Vehicle, allegedly belonging to Saraki, was the reason why the Senate was moving against the Controller General of the NCS, Col. Hammed Ali (retd.).
The medium reported that the car was intercepted and impounded on January 11, 2017, by the service for allegedly having fake documents.
Sahara Reporters had also in another report alleged that Melaye did not graduate from the Ahmad Bello University Zaria, Kaduna State, but was parading a fake certificate.
Ndume, at the plenary yesterday, said previous certificate scandals involving members of the National Assembly were probed by the lawmakers.
He said, “One has to do with the distinguished Senator Bukola Saraki, the Senate President, and it was reported in a paper; I have it here. With your permission, I will want to, after making presentation, lay it down. It says that, ‘Senate on Vengeance After Nigeria Customs seized Senator Saraki’s bullet-proof Range Rover Over Fake Documents.’
“My colleagues that are following events, particularly online, have seen, heard or read the train of abuses on this Senate and the misconception of the fact that we invited the Customs CG based on a very unpopular policy that affects the people we represent. But now, we are faced with this and the (Senate) President has been found in this National Assembly.
“During the 4th Assembly, Salisu Buhari was accused of certificate forgery; he was investigated and determined. After that, in the 5th Assembly, Bello Masari was accused of certificate forgery (secondary school); it was investigated and was cleared. In the 6th Senate, Dimeji Bankole was accused of not having NYSC certificate; it was investigated and he had to show his NYSC certificate.
“Now, that brings me to the second matter. In the National Assembly, here in the Senate of the 4th Assembly, Enwerem was accused and it was also investigated. Wabara was accused of collecting bribe and it was investigated and determined. So, a lot of precedences have been set. Now, the second matter of privilege affects my colleague, Sheikh Dino Melaye, and it is in the Punch of today (Tuesday) on Page 10; I have the newspaper. In Punch, it says, ‘Dino Melaye in first-degree certificate scandal.’”
Ndume also quoted an online medium with a report titled, ‘Dino Melaye Allegedly Did Not Graduate From University.’
He added, “Therefore, accordingly, I will appeal we refer the matter to Ethics and Privileges to investigate so that our colleagues would be cleared and this Senate will stand as it is supposed to.”
Deputy President of the Senate, Senator Ike Ekweremadu, who presided over the plenary, referred the matter to the Committee on Ethics, Privileges and Public Petitions, which was asked to report back to the lawmakers in four weeks.
Saraki, however, denied any link with the seized car.
The Special Adviser to Senate President on Media and Publicity, Mr Yusuph Olaniyonu, in a statement, stated that the allegation “lacks basis as it was outright falsehood.”
Olaniyonu said from the facts and documents about the seized vehicle, it was obvious that the Senate President had nothing to do with the importation of any vehicle.
He said, “A supplier was engaged by the Senate to supply a vehicle. While transferring the vehicle between Lagos and Abuja, it was impounded by the Customs. We believe that is an issue between the supplier and the Customs because the Senate has not taken delivery. So, why is somebody trying to drag in the name of Saraki into the issue.
“The documents on the vehicle are there for the general public to view and make their conclusions. Now that the matter has been referred to the Committee on Ethics, Privileges and Public Petitions, all the facts will be out.”
Melaye, who is a member of the committee, in his reaction after the plenary, told journalists that he was ready to be probed. He also said he would suspend his membership of the panel pending the determination of the case.
He said, “I want to say, to me, it is a welcome development. Democracy is about investigation and no senator is above investigation. To me, it is a welcome development and it will finally clear the air on all the malicious and vindictive allegations.
“To say that I did not graduate from ABU is to say that I am not a senator of the Federal Republic of Nigeria. ABU is a very prestigious university in this country and it is not possible for one to be running a master’s programme in the university when one did not graduate from a university. I have successfully completed one and I am doing the second one.
“I want to announce that this is the eighth degree that I am pursuing. I am also a graduate of University of Abuja, where I did Masters in Policy Analysis. I am a graduate of London School of Economics and Political Science. I am also a graduate of Harvard University. The course I am pursuing now will make it my eighth degree.”
When asked what would happen to his membership of the panel asked to probe him, Melaye replied, “Definitely, in the interest of justice, I will excuse myself from the consideration of this matter except when invited for questioning.”
He added, “I have my admission letters, results, certificate of discharge from ABU. Not only that, I was the Student Union Government President of ABU. On three occasions, I was the most popular student on campus.”

Food Vendors May Ditch School Feeding Over Delay In Payment 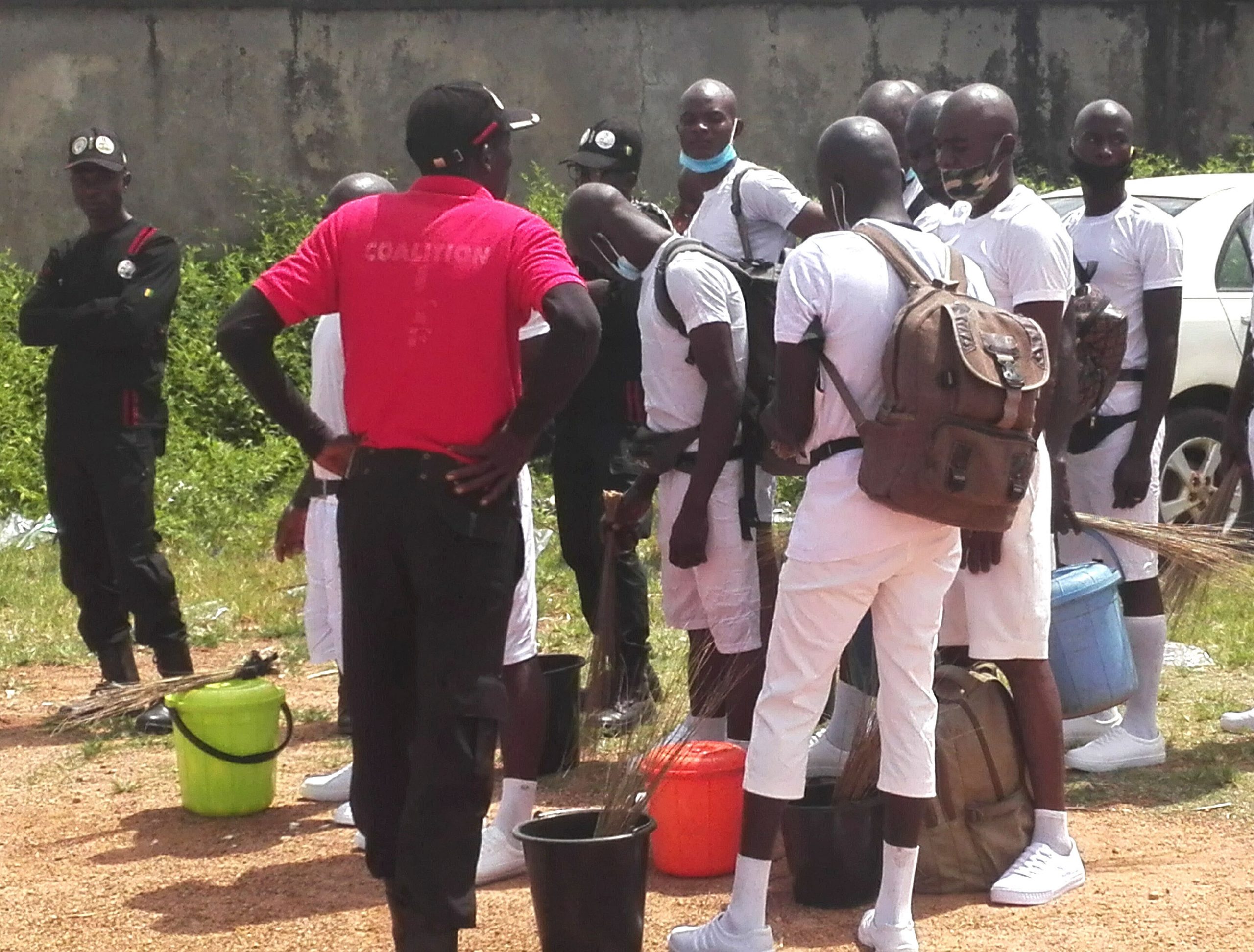 Food vendors under the National Home-grown School Feeding Programme (NHGSFP), said the delay in payment by the Federal Government was drastically affecting the students’ attendance.
This was disclosed by one of the food vendors, who asked not to be named, in an interview with newsmen at the official handing over of 150,000 feeding utensils to the Jigawa State Government held at Sir Nuhu Sanusi Primary School, Dutse.
She said the Federal Government introduced the programme aimed at increasing enrolment rates of the pupils, improve the nutritional and health status of primary school children, boost the income of farmers and provide empowerment opportunities for women.
“Government introduced the program in order to increase students’ enrollment and empowered women but the delay in the payment of the money to food vendors by the Federal Government is causing a setback to the programme.
“Whenever Federal Government paid the money for the program the students’ attendance increased significantly when compared to the months Federal Government didn’t make any payment.
“For the first and second term, we were paid for only one month instead of three months or four months in a term,” she stated.
She advised the Federal Government that the payment should never be delayed for any reason if the Federal Government wants to achieve success in the programme.
Speaking after handing over the feeding utensils to the Jigawa State Government, the Minister of Humanitarian Affairs, Mrs. Sadiya Umar Farouk, said the Federal Government had recorded over nine million pupils on the program being fed by over 100,000 cooks across the nation.
Represented by the Permanent Secretary of the ministry, Alhaji Nura Alkali, she said that in Jigawa State alone, the feeding programme was taking place in 2,180 primary schools, involving 490,874 pupils, 5,267 cooks in 27 LGA across the state.
He said the ministry had set out strategies to strengthen the programme with a view to making it sustainable and institutionalized into the structure of the government’s social protection mechanism.
“We identified the strategic areas in the programme that needed to be reviewed to accommodate current realities. Some key areas identified include improving meal quality, capacity development of all actors in the value chain, building strategic partnerships to achieve sustainability, and many other areas,” the permanent secretary said. 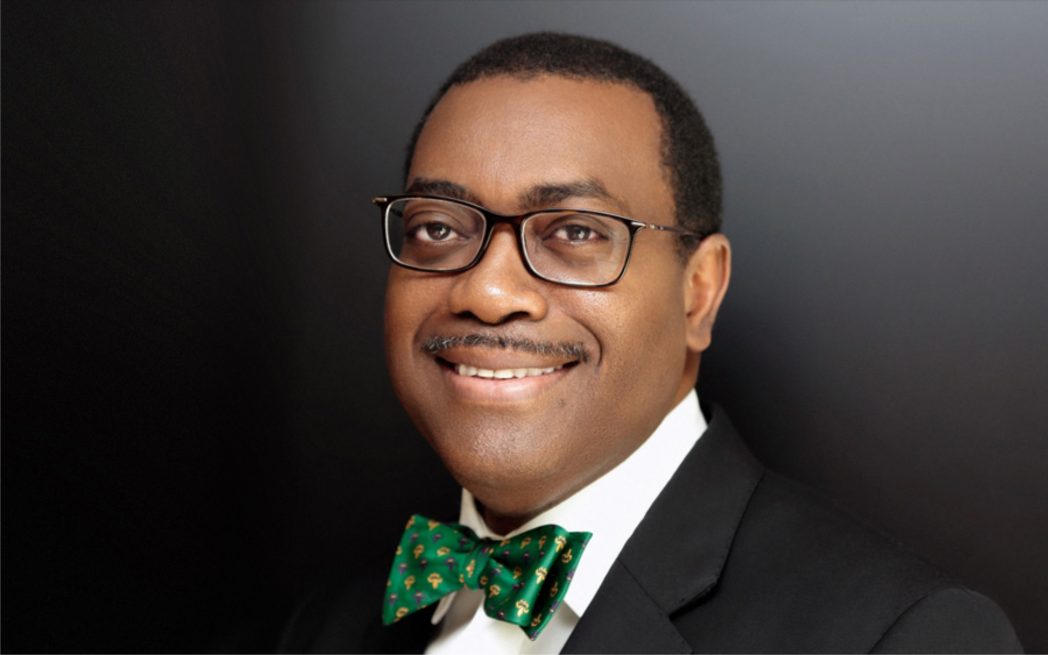 The Special Adviser to the President on Media and Publicity, Femi Adesina, has said that the Federal Government was not interested in naming and shaming sponsors of terrorism.
Adesina, who made the remark during an interview on Channels Television’s Politics Today, stated that the government would rather prosecute financiers of insurgency in court.
“Naming and shaming will not be the motive, bringing malefactors to justice will be it,” he said.
“Nigeria is not interested in naming and shaming anybody. Rather, it wants to bring them to justice.
“You will see that the United Arab Emirates has given some names and the Attorney-General of the Federation (AGF) has reacted to that matter, saying that in due course, all these people will have their dates in court. Rest assured that these people will be dragged before justice and justice will have its way.”
Asked if the government investigates suspects before they are made to face trial, the President’s spokesman replied in the affirmative.
He explained that the Economic and Financial Crimes Commission (EFCC), the National Intelligence Agency (NIA), and other security agencies were working to get verifiable evidence against the suspects before their arraignment in court.
“Investigations are going on at different levels; it will be at the level of the EFCC, it will be at the level of the NIA. All the security agencies will be working on it so that when those people eventually appear in court; there will be a prima facie case against them.
“You don’t first call people before the court and start looking for evidence against them later. No! The cases will be tied up before they appear in court,” Adesina stated.
His remarks come four months after the Federal Government said it had begun profiling for prosecution, well-placed Nigerians suspected to be financiers of terrorism in the country.
It would be recalled that on May 7, the AGF and Minister of Justice, Abubakar Malami, revealed that investigations conducted established reasonable evidence of the involvement of some highly placed individuals, businessmen, and institutions across Nigeria in financing insurgency in the North-East. 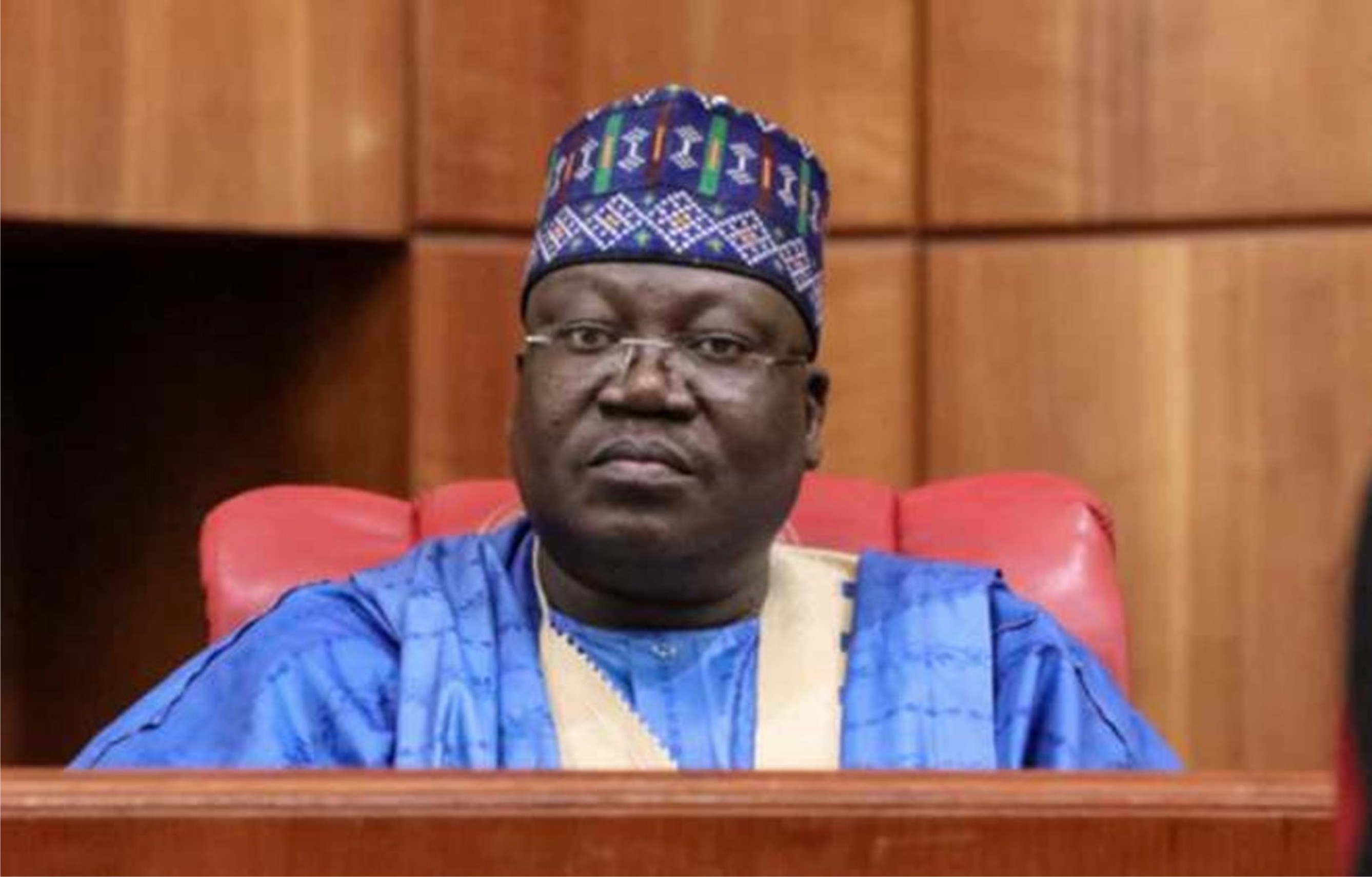