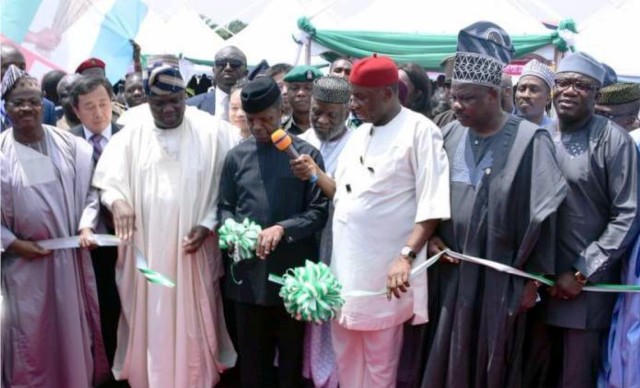 Bakers in Lagos have appealed to the Federal Government to allow them source foreign exchange from CBN window pending the abundance of locally produced wheat in the country.
The Chairman of Lagos State Chapter of Association of Master Bakers and Caterers of Nigeria, Prince Jacob Adejorin,  made the appeal while speaking to newsmen in Lagos yesterday.
He said that it would only be fair if bakers were allowed to officially import wheat for now since locally produced wheat was yet to be in abundance.
He said that bakers were operating at a loss since importation of wheat was banned.
Adejorin also said that duplication of taxes by all the tiers of government had almost crippled the sector.
According to him, bakers in Lagos are pay for food, fumigation, safety, drainage permits and so many other permits that have made the business unprofitable.
“This is aside the huge amount spent on diesel to run the operation, repayment of loans from banks and high cost of raw materials for production.
“Bakers are under a lot of pressure; some of our members have deserted the business, leading to huge job loss in the sector,” he said.
Adejorin said that previously locally produced wheat was not good for bread production because the shelf life was short.
“Currently, we add a percentage of cassava in the process of bread baking to sustain production.
“The challenge is that few bakers were trained on the process of how to add cassava in bread making and majority of bakers lacked the tools to add the cassava.
“The government needs to review its earlier position if the industry must be part of its growth plan,” he said.
Recall that CBN on June 23, 2015 listed wheat among 41 items excluded from accessing foreign exchange from the CBN window.
The CBN said the aim was to boost local production of wheat.
A brand of bread, popularly known as the Agege bread, which sold for N120 per loaf in 2015, now sells for N220.
A four-litre paint bucket size of local wheat sells for N1200 against its previous price of N900 in 2016, while imported wheat costs N1800 as against N1000.

Why We Suspended Operations – Airline