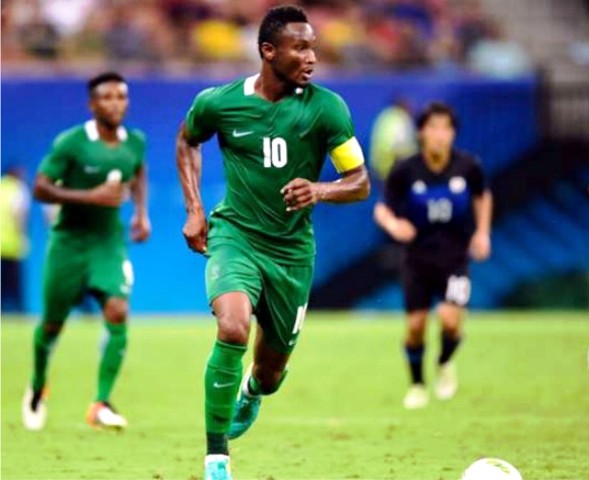 Football fans in Ebonyi have urged Super Eagles players to be wary of the monetary enticement of the Chinese league if they are to maintain their relevance.
The fans told newsmen on Saturday in Abakaliki that the recent dropping of Chinese-based players from the nation’s  national team ahead of its upcoming friendlies was an indication that Coach Gernot Rohr would only use players active in competitive leagues.
The Director of Sports in the state,  Emmanuel Utobo, said the exodus of Eagles players to China should be stopped in order not to jeopardise the country’s chances of qualifying for the Russia 2018 World Cup  and the African Cup of National competitions.
“Captain Mikel Obi might have sought permission to be excused from the matches, but Rohr used the opportunity to ignore Odion Ighalo and Brown Ideye.
“Ighalo and Ideye are not regulars in Rohr’s team and if the newly-invited players excel during the friendlies, it will be el-dorado for the duo,’’ he said.
A former U-23 team invitee, Julius Okpo, noted that the Chinese and other Asian leagues were reserved for players retiring from the sport.
“Players such as Carlos Tevez among others can afford to play in China but not for young players who need to be relevant in the game.
“Most of the players currently playing in the Nigerian senior national team were discovered through the attention they attracted from Europe but it will be difficult to monitor such performances in China,’’ Okpo said.
Another fan and Nnewi United FC Goalkeeper, Emeka Ihejioto, told newsmen that Rohr would not take the gamble of inviting players from non-competitive leagues to prosecute the upcoming qualifiers.
“Cameroon is in top form and the pressure of qualifying for AFCON 2019 after two successive misses is much for Rohr to gamble with.
“The Super Eagles cause is not helped with most of their players not playing regularly for their clubs.
“So the Chinese league issue is detrimental,” Ihejioto said.
A hotelier and soccer buff, Chief Tom Ezeakum, commended Rohr for listening to stakeholders and for sticking with his regular players for the friendlies instead of experimenting.
“There are few matches for the team to play before confronting South Africa and Cameroon.
“So consolidating with the regulars is a welcome development.
“He should also listen to calls to involve more home-based players in his plans because most of them deserve places in the team,’’ Ezeakum said.

We Are Not Afraid Of Enyimba – ABS