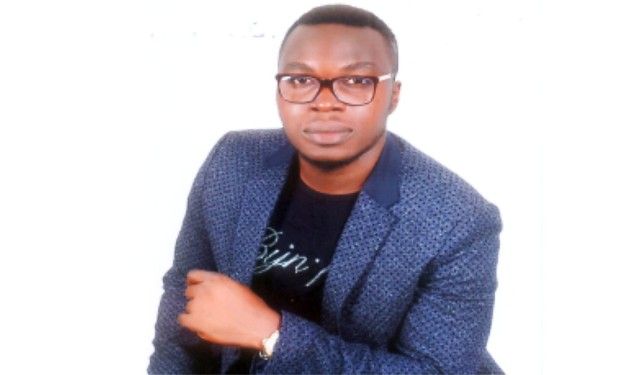 Port Harcourt based hip hop artiste and CEO of 5 King Multimedia Studio, Old GRA, Port Harcourt, Mr Richmond Obinna McCarthy popularly known as MC Demokrat has called on the Federal Government to remove import duties on musical equipments to encourage upcoming artistes to procure modern ones.
The Ndoni, Rivers State born multi talented artiste in a recent interview with The Tide entertainment also called for the commercialization of Onne Port in the state to alleviate the problems faced by the Port Harcourt based artiste in procuring modern and standard music equipment, stressing that it would help in boosting the music industry in the state and make it more vibrant and competitive.
According to him, the Port Harcourt artistes are forced to travel to distant places like Lagos or Cotonou to buy the required equipment even as some have resorted to ordering on line with its attendant delays and exorbitant costs. He said the high cost of the equipment has led to poor quality productions due to he use of outdated instruments.
The CEO who studied Electrical and Electronics Engineering at Rivers State University of Science and Technology (RSUST), and Civil Engineering at Linton University Malaysia, an affiliate of the university of East London said, “I abandoned my engineering profession for music because it is my childhood calling and my desire to be an artiste made me to invest in it, so far. I have over five albums to my credit, while 10 new albums are currently at their studio stages.”
The talented artiste who is into different genres of music such as Hip Hop, Afro hip hop, RnB, Gospel, dance hall, Ragga and Rap, said among his albums currently making waves in the  market, clubs, social events and airwaves include, my -cash my flow featuring Big heat and Maxy, Elevate your mind featuring-Vokulz, ‘your Body’ featuring Spontaneous Beatz, ‘We are Ready- Featuring Uchi Wali-et.c.
He also disclosed that his music studio 5 Kings multimedia has produced talented popular music stars such as Timaya, Terry G, Duncan Mighty, Ijaw boys
Stars, Late Mc loaf etc. He is also into music video production and coverages as well as training of budding artistes among others.
MC Demokrat noted that Rivers State is blessed with abundant talents in the music industry, but they are not encouraged. He therefore called on the state government to give financial and logistic support to the Performing Musicians Employers Association of Nigeria (PMAN) which he said is the umbrella body of all musicians in the state. He maintained that by so doing, the association could embark on talent hunt to discover hidden talents and groom them to stardom.
He noted that such stars will not only be self employed, but will bring glory to the state through their exploits in the industry like their indigenous predecessors in the entertainment industry.
The 5 King Multimedia boss thanked the State Governor, Chief (Barr) Ezenwo Nyesom Wike for creating an enabling environment for the growth of the music industry in the state. He however appealed for financial support, sponsorships and endorsement deals for the Port Harcourt based artistes to serve as incentive to bring back indigenous artistes who are based outside the state in search of greener pastures.
The hip-hop star disclosed that his role model in the music clan is an American-born hiphop and rap mega star, Late Notorious B.I.G while the Almighty God is his inspirator.