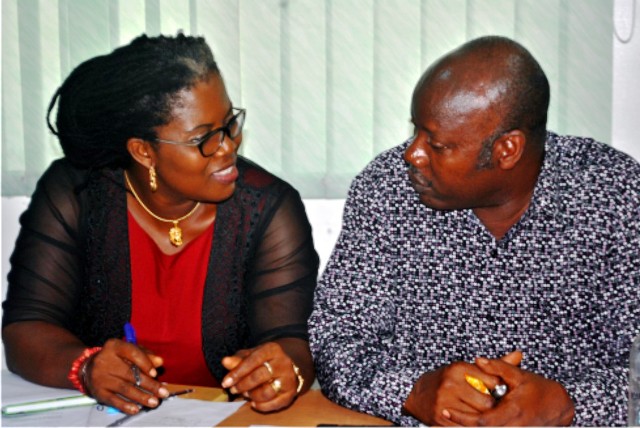 The lawmaker representing Khana Constituency 2 in the Rivers State House of Assembly, Hon Friday Nkeeh, has described the attack and setting on fire of his family residence in Okwale, Khana Local Government Area, as not only barbaric but wicked.
The lawmaker, who spoke to The Tide in an interview in Port Harcourt last Thursday, said the act was politically-motivated, and instigated to disrupt the peace and cause crisis in the area.
Nkeeh said,“The surprising thing is that, the type of arms this boys are using is not what they can afford, and so, we are suspecting that it was instigated, whether from within or from outside Ogoniland”.
According to him, the trend has become a dangerous one because “As a legislator, and the representative of the people, it is expected that every weekend, I am supposed to be home. And if by my status, my traditional home and family house is destroyed, I wonder who else in the community can survive it”.
He wondered why the series of attacks were targeted at his own section of the community (Buagon), noting that, it was unfortunate.
“And of course, let me state it clearly here, the destruction and devastation going on in Okwale is one-sided, because it is one part of the community called Buagon that is being attacked. Certain areas are not attacked at all, they are at home, but this very area is being attacked and that is my own place”.
He further disclosed that more than 30 persons have been killed, and 15 houses burnt within a short time, adding “And yet, there is nobody that is saying anything”.
Nkeeh stressed that, the people now live in churches for fear of being attacked, emphasising that, “All stores have been vandalized, all houses destroyed, and the most annoying thing is that, perpetrators of this act all live in the community”.
He said, he has notified the security agencies, adding that, he hopes that peace will return to the community soon.
The lawmaker further cautioned his supporters against any form of reprisal attack, saying “Even if they go there and destroy any place, that building will never come back, so, anybody that does that is on his own”.
It could be recalled that, the community has been under series of cult-related attacks in recent time.
Also, reacting to the spate of cult-related attacks in Khana, President of KAGOTE, Dr Peter Medeh, condemned the rising spectre of insecurity in Ogoniland, and the recent attacks in Okwale community.
Medeh warned that, the Ogonis would not fold their hands and watch strangers desecrate and sponsor violence in the land.